Project xCloud is Microsoft’s upcoming game streaming service that’s designed to let Xbox One owners play games when they’re not sat in front of their consoles – kicking sand in the face of fellow new kid Google Stadia while providing a belated response to the semi-portable Nintendo Switch in the process.

Full technical details of Project xCloud have yet to be announced, but Microsoft released some more details about xCloud at E3 2019, alongside its next-gen Xbox 2 console. In case you missed the live stream you can catch up now – check out our how to watch the Xbox E3 2019 live stream article.

What follows here is everything we know about Project xCloud so far.

Project xCloud is a forthcoming game streaming service that’s expected to allow you access to Xbox titles on a number of devices beyond your Xbox consoles, including phones and tablets, via a high speed Internet connection.

In a similar fashion to Google Stadia, which promises to let people pick up and play titles across a multitude of devices, the xCloud core concept allows you to play Xbox games virtually anywhere. Where Project xCloud differs is that Microsoft still pictures the console and your living room as the centre of your gaming world – preferably while you’re hooked up to the best 4K TV you can afford.

Back in March this year, Kareem Choudhry, corporate vice president of Gaming Cloud at Microsoft, sketched out the Project xCloud vision:

“We’re developing Project xCloud not as a replacement for game consoles, but as a way to provide the same choice and versatility that lovers of music and video enjoy today. We’re adding more ways to play Xbox games. We love what’s possible when a console is connected to a 4K TV with full HDR support and surround sound – that remains a fantastic way to experience console gaming.  We also believe in empowering gamers to decide when and how to play.

“We believe in the future where you will be able to seamlessly access content on your phone, tablet or another connected device. Imagine that you just began a single-player campaign the day before heading out of town and want to keep playing from where you left off.”

Project xCloud price – How much will xCloud cost?

Pricing for Project xCloud is still TBC, but Phil Spencer, executive vice-president of gaming at Microsoft, said that Xbox One onwers would be able to use their consoles as a “personal and free xCloud server.”

The implication is that in addition to accessing games you have already paid for, xCloud may be available to gamers without consoles, for a fixed fee.

It could be that xCloud is bundled in with Xbox Live Gold subscriptions – which cost from £6.99 a month.

If that’s the case, this would mean it’s already less expensive than a Google Stadia Pro subscription, which is due to cost £8.99 a month.

That said, access might be bundled into the new Xbox Live Gold Ultimate tier, which rolls Xbox Live Gold and Xbox Game Pass into one subscription for £10.99 a month. That’s the more likely outcome. 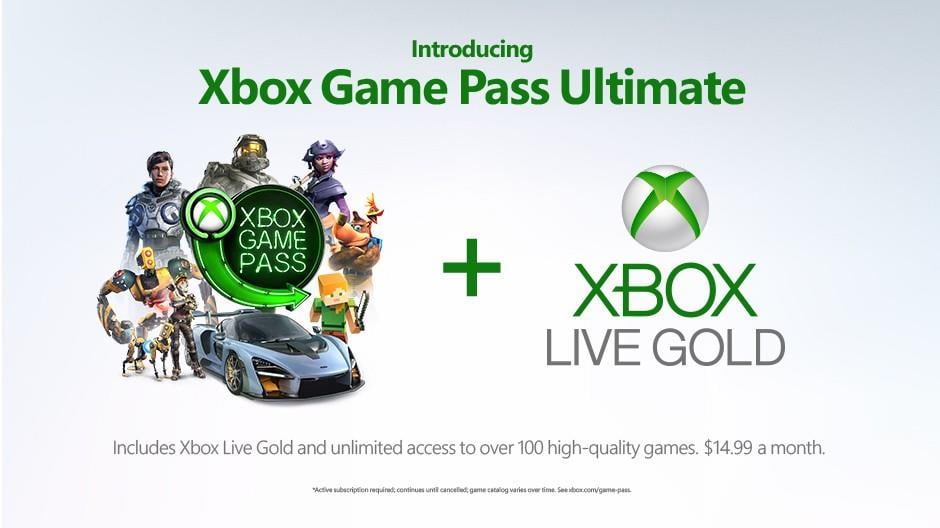 Project xCloud release date – When is xCloud coming out?

The “hybrid gaming cloud” service launches October 2019. We do not currently have a more precise release date than this.

What is clear though is that this is a service that is not tied to the Xbox 2 as previously thought. Though it’s reasonable to assume that the next-gen Xbox will feature xCloud integration, from launch, xCloud will be a current-gen service.

Project xCloud games – What can we expect to play?

As Project xCloud is intended as a remote streaming service for Xbox One, anything you currently own and can play on your console ought to be stream

Additionally, everything you don’t own should be available too.

Spencer said that you will have the choice of having your current Xbox One acting as a personal xCloud server, or, if you don’t own a console, you’ll be able to stream titles from a virtual machine from one of Microsoft’s many data centres, too.

So Forza Horizon 4, Resident Evil 7, Assassin’s Creed Odyssey will all be playable, all on the go, as well as, when they go on sale, Star Wars Jedi: Fallen Order, and Cyberpunk 2077.

And yes, this news also means that Skyrim will be available on yet another platform (sort of).

There are likely to be some exceptions depending on both the device you’re accessing xCloud on as well as the amount of bandwidth available to you – unless you’ve got a decent enough Internet service and a router with Wi-Fi 6, or you are lucky enough to be able to to get 5G, you’re not going to have a great time playing Call of Duty: Modern Warfare on a £200 phone.

Project xCloud specs, features, and minimum requirements – How will it work and what do I need?

Aside from an Xbox One console, a phone, and/or a tablet, plus an active Internet connection, we don’t currently know what the minimum requirements are for Project xCloud.

Project xCloud will use Microsoft’s global network of Azure data centres to deliver content. The Azure network is available in 140 countries, including the UK, Republic of Ireland, France, the Netherlands, Germany, South Africa, India, Singapore, China, South Korea, Japan and Australia, and, naturally, the United States, as well as Canada and Brazil.

New Azure datacentres have been green lit for Norway, Switzerland, Germany, and the UAE.

If you live or are travelling to one of these countries, it’s a dead cert you’ll be able to tap into Project xCloud – it’s less clear what this means for players in territories outside of the Azure footmap. It might be that players in non-Azure regions can access Project xCloud, at the cost of reduced performance, or, the service might simply not be available at all.

The latter result is more likely – if Microsoft wants to deliver a best-in-class service, it won’t want the Project xCloud experience to be staggered.

Trusted Reviews will be at E3 2019 covering all big announcements from major publishers like Xbox, Google, Square Enix, Bethesda and more. Be sure to keep it locked to our gaming section for all the latest news.