The Square Enix E3 2019 press conference was stuffed with an impressive number of games and reveals.

The most exciting of all was an in-depth demo of Final Fantasy 7 Remake where we had a detailed look at the real-time combat system. Fans were spoiled rotten actually, with Final Fantasy 8 Remaster also being confirmed alongside an update on Shadowbringers.

Marvel’s Avengers made it’s long-awaited debut, which sees you and group of friends step into the shoes of Iron Man, Hulk, Thor, Black Widow and Captain America as they venture through an original story in the comic universe.

Finally, a new IP was revealed by the minds behind Bulletstorm, and we have to say it looks bloody impressive. Check below, as we’ve rounded up all the major announcements from the Square Enix E3 2019 showcase. 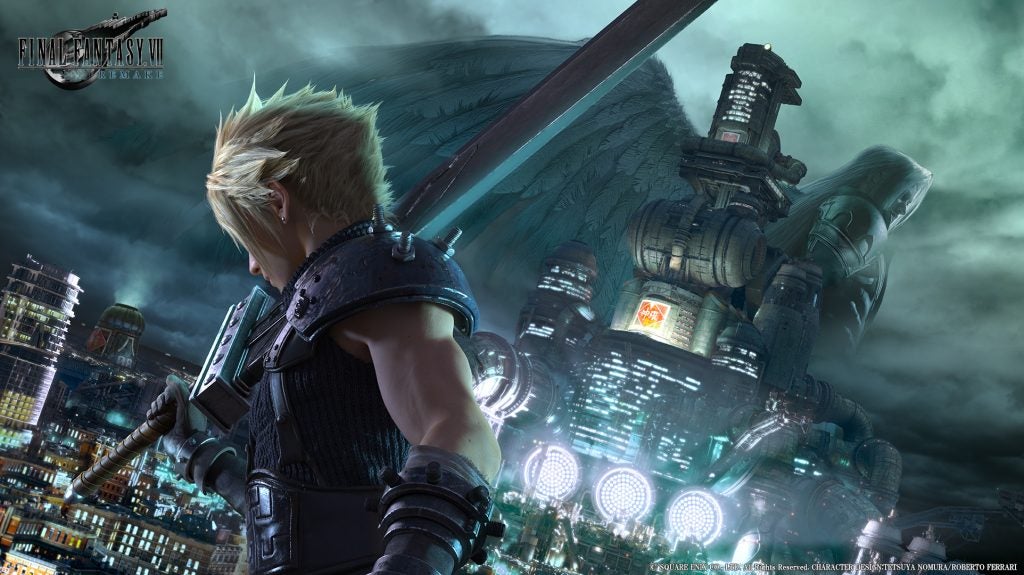 The Square Enix conference has finished, but if you missed it you can watch it all right here by clicking the video below.

An action-packed trailer showcased the story for the upcoming Marvel’s Avengers game, which looks to be a completely original tale.  A tragic event seemingly divides Earth’s mightiest heroes and turns them into outlaws, only for them to be forced to reunite when a major threat comes to Earth five years later.

Captain America, Thor, Hulk, Black Widow and Iron Man are all playable characters, with major voice actors in the video game industry stepping into the heroes’ boots. Troy Baker has been confirmed to be playing Bruce Banner, while Nolan North will play as Tony Stark. You’ll be able to assemble teams of up to to four players during the adventure, with Square Enix confirming there will no loot boxes or pay-to-win features. Additional Marvel characters will  be added to the roster for free in the future, with Hank Pym teased.

Final Fantasy 8 is being remasterd

After years of waiting, Square Enix has finally announced a remaster for Final Fantasy 8. It will be coming to PS4, Xbox One, PC and Switch later this year. It’s a stone-cold classic, and we’re eager to experience it all over again.

Outriders is a new IP by the same developers behind Bulletstom and Gears of War Judgement. The trailer immediately catches the eye, with soldiers being slaughtered by demonic creatures. The developers revealed that this game is 1-3 player, drop-in-drop-out, co-op shooter set in twisted sci-fi universe.

A new launch trailer was revealed for FF14 Shadowbringers, showing all sorts of chaotic action, spectacular spells and dramatic stories.

Think Sora’s adventure was all over? Think again, as Square Enix unveiled a sneak peak at the upcoming Re:Mind DLC. There was sadly no sign of Donald and Goofy though.

The Re:Mind DLC will arrive this Winter 2019.

Think Minecraft with 3D visuals without the rough edges mixed with some JRPG flavouring and you essentially have Dragon Quest Builders. It’s a beloved game, and fans will be very pleased to know that a sequel will now be heading our way on 12 July 2019.

The Final Fantasy 7 Remake has been a long time coming now, but after Square Enix showed a lengthy gameplay demo at its E3 showcase we’re very confident the wait was worth it. The demo showcased how the combat works, which features a super smart Tactical system.  This slows down time once you’ve charged up a metre, then allowing you to select one of the original’s turn-based attacks to deal even more damage to enemies. The demo also showed a boss encounter, complete with explosive visuals that were breath-taking.

A story trailer then followed, as Cloud slashed at enemies while riding a motorbike and took on various enemy robots and monsters. The trailer them confirmed the release date for 3 March 2020, as well as a collector’s edition that gifts you a model replica of Cloud’s bike. This remake can’t come soon enough.

What was your highlight from Square Enix at E3 2019? Let us know on Facebook and Twitter @trustedreviews.