Apple’s iPhone 13 range of devices are now official. There are four versions, all with varying screen sizes, prices and features. While the choice is great, with multiple options to choose from, it can be hard to know which is right for you.

That’s where our guide comes in. Here we’ll breakdown all four phones, looking at who each model is aimed at and what the differences are between them all.

What do the phones have in common?

There are a number of things all four of these phones have.

For instance, they’re all powered by the A15 Bionic chipset, have 5G and support the MagSafe charging tech. They all charge via Lightning too, and run the iOS 15 software.

What’s the difference in price?

All the iPhone 13 models will be available to pre-order from September 17 and go on general sale on September 24. All the below prices are for the base storage size, which is 128GB across the board this year.

What’s the difference in specs between the four iPhone 13 models?

You can see a breakdown of the different specs in the tablet below.

For the second year running Apple has released two versions of what I will call the regular iPhone 13. There’s a 6.1-inch iPhone 13 and a 5.4-inch iPhone 13 Mini and these two pack pretty much the same specs and features.

The biggest reason to plump for the Mini is, as the name implies, the size. This is one of the smallest high-end phones around as you can see from the dimensions below. It’s a lot lighter than the iPhone 13, too.

Of course, a smaller phone means it’s easier to use – for some, anyway. It’s easy to navigate in a single hand and can slip in smaller pockets and bags. You’re getting this size plus the high-end specs and camera performance of the larger iPhone 13.

Our own Buyers’ Advice editor Tom Deehan, who has been using the 12 Mini for the past year, said that “the device’s smaller size only makes it easier to perform certain tasks such as texting one-handed, and getting a quick photo at a moment’s notice.”

Now, there are some downsides and I don’t think the iPhone 13 Mini is for everyone. First off, the small screen means it isn’t great for gaming nor extended media binges. If you watch video a lot on a commute the display here might be a little on the small side.

Battery life was also an issue with the iPhone 12 Mini as it lasted a significantly shorter time than the larger models. It does look like the battery has been improved, with it seemingly lasting an extra 90 minutes. We’ll need to properly test this when we get the phone in for review.

iPhone 13 is for someone who needs an upgrade

The iPhone 13 is the iPhone most people should probably buy. it sits in the middle of the line, offering a good mixture of features at a price that, in the UK, is slightly cheaper than the previous model.

Specs-wise, the iPhone 13 and iPhone 13 Mini are very much the same. They both have an A15 Bionic chipset, updated sensor-shift stabilisation for improved low-light performance in the camera and OLED displays.

Apple has tweaked the layout of the rear cameras slightly to fit in this new stabilisation tech and there are multiple colours available: starlight, midnight, pink, blue and red.

What the iPhone 13 (and Mini for that matter) are missing when compared to the Pro models is the extra camera, which is used for zooming, and the 120Hz ProMotion display. The iPhone 13 has a standard 60Hz screen (like all previous iPhones) and as a result it’s not quite as fast and smooth as the Pro models.

You also can’t get the iPhone 13 in a larger ‘Max’ size, so if you really want a big phone this isn’t the one to plump for.

In terms of the camera hardware, the iPhone 13 and iPhone 13 Mini both have a duo of 12MP cameras. The new wide camera captures 47% more light than before, while the improved ultrawide is, according to Apple, built to reveal more details in darker photos.

Another new feature that’s available on all the iPhone 13 models is Cinematic mode. This is a clever videography option that adds a little Hollywood flair to your videos by altering focus, adding depth effects and shooting in Dolby Vision HDR.

Battery life is tough to judge at this stage, so we’ll save those thoughts for our full reviews.

iPhone 13 Pro is for those who appreciate the luxuries

The iPhone 13 Pros sit above the base iPhone 13s. Apple’s Pro models have stainless steel sides, frosted glass backs and a number of higher-end features.

In terms of size, the 13 and 13 Pro have the same 6.1-inch display and dimensions but differ in weight. You can see all the intricate details below.

With the iPhone 13 Pro you might get the same sized display as the 13, and it has the same resolution and OLED tech too, however it lacks the ProMotion tech. This adapts the refresh rate to make the screen more responsive. We’ve seen this on many Android phones, like the Galaxy S21, and it’s great to see it on an iPhone.

There are a number of benefits of plumping for the Pro models if you’re big into photography too. Both the 13 Pro and Pro Max have a rejigged ultra wide camera that can take close-up macro shots and video, a LiDAR scanner for improved night portraits along with the ability to bring in more light. They can also zoom in 3x optically, something completely missing from the iPhone 13.

While all the iPhone 13 models have the A15 Bionic chipset, the Pro models have an extra core in the GPU. They might also have more RAM, however this hasn’t been confirmed yet.

iPhone 13 Pro Max is for the biggest Apple fans

With the iPhone 13 Pro Max you get all the same features as the 13 Pro, just with a larger 6.7-inch display and bigger battery.

This is Apple’s largest, priciest and most lavish phone and it’ll be the best choice if you want:

I have been a ‘Plus’ and ‘Max’ iPhone user for a number of years now. I like a big screen with helping with commute boredom and the extra hit of battery life is always welcome. For me, its the Pro Max that stands out here for those very reasons. 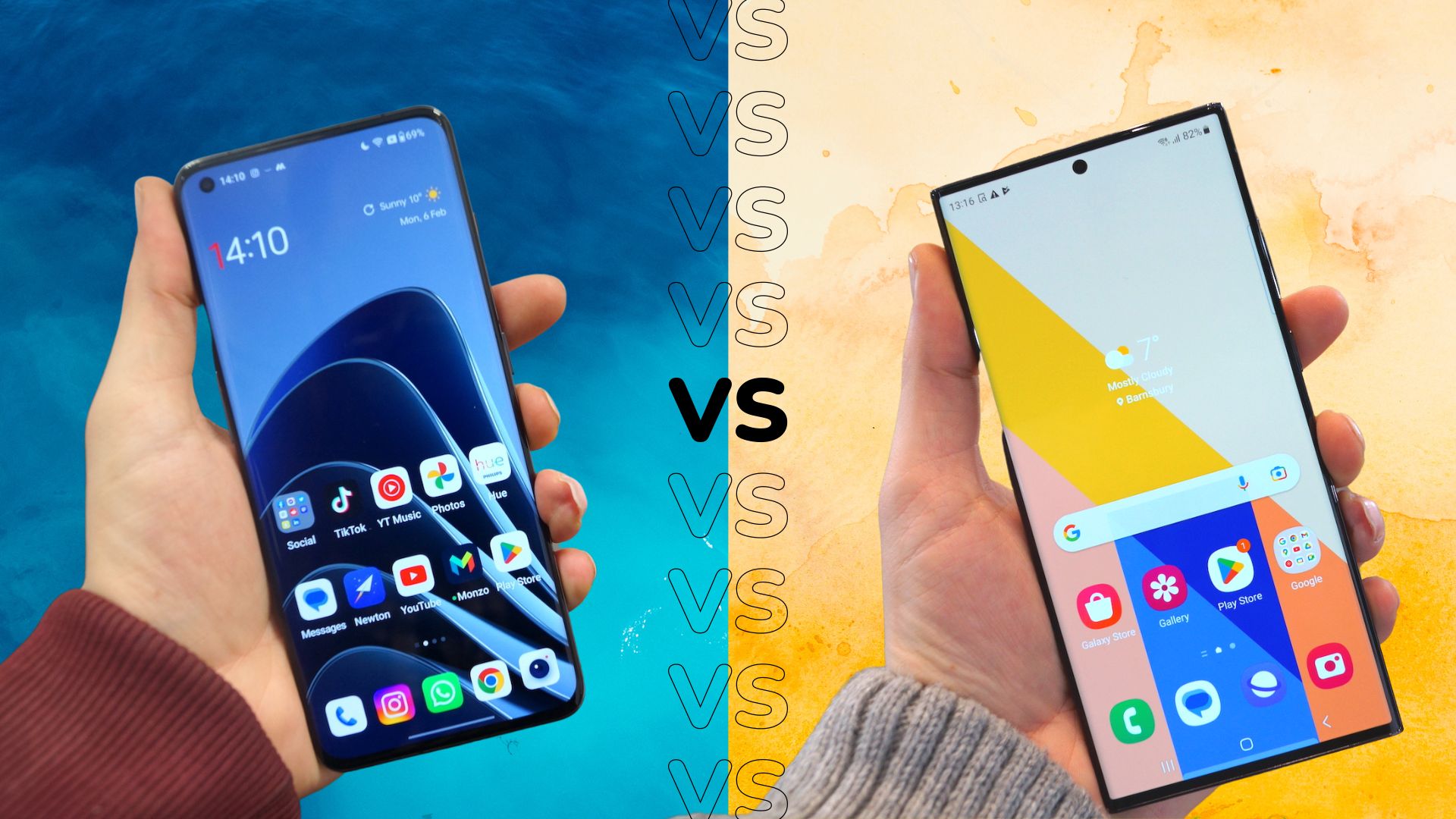 OnePlus 11 vs Samsung Galaxy S23 Ultra: Which flagship is best? 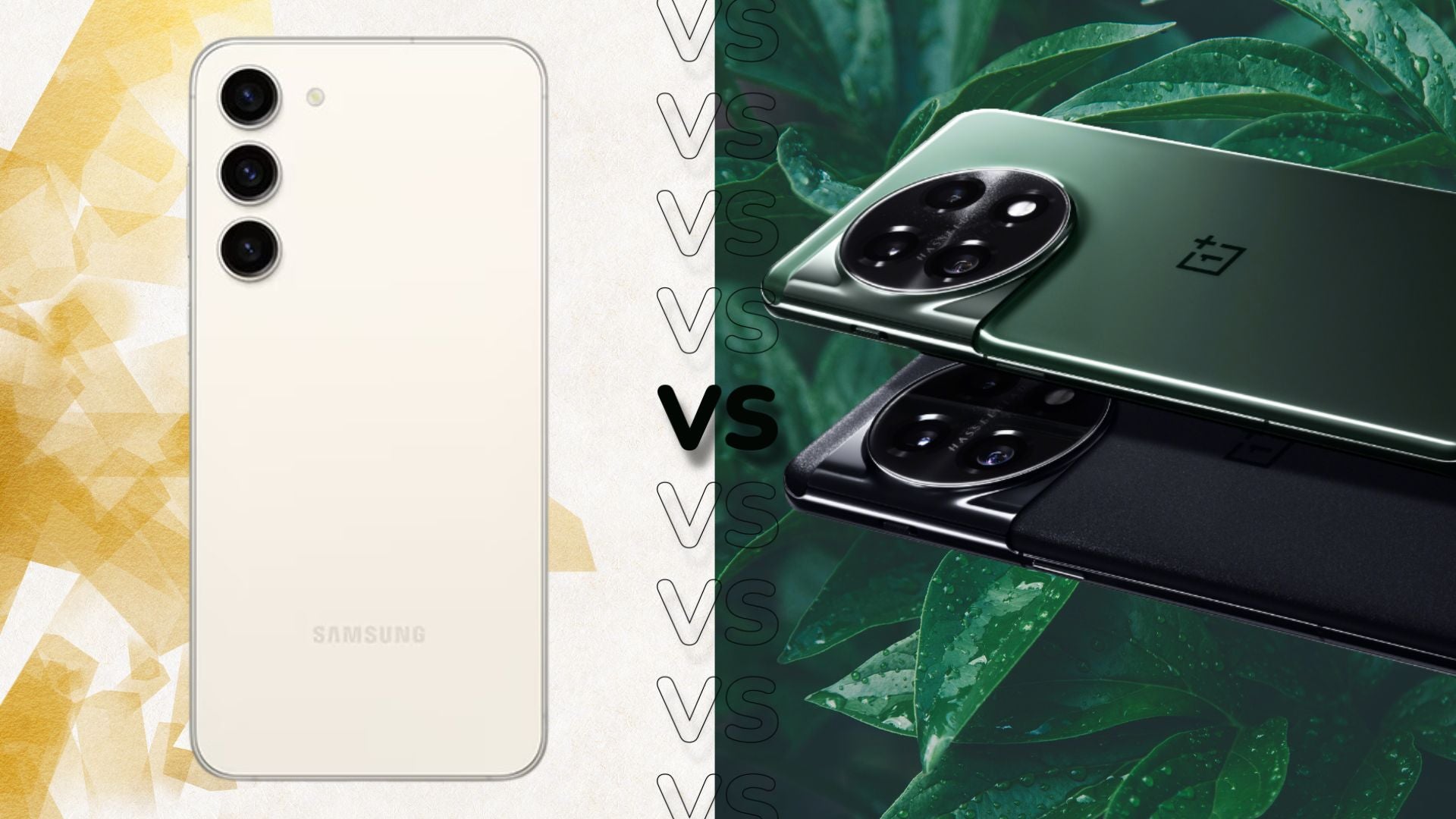 OnePlus 11 vs Samsung Galaxy S23: How do they stack up? 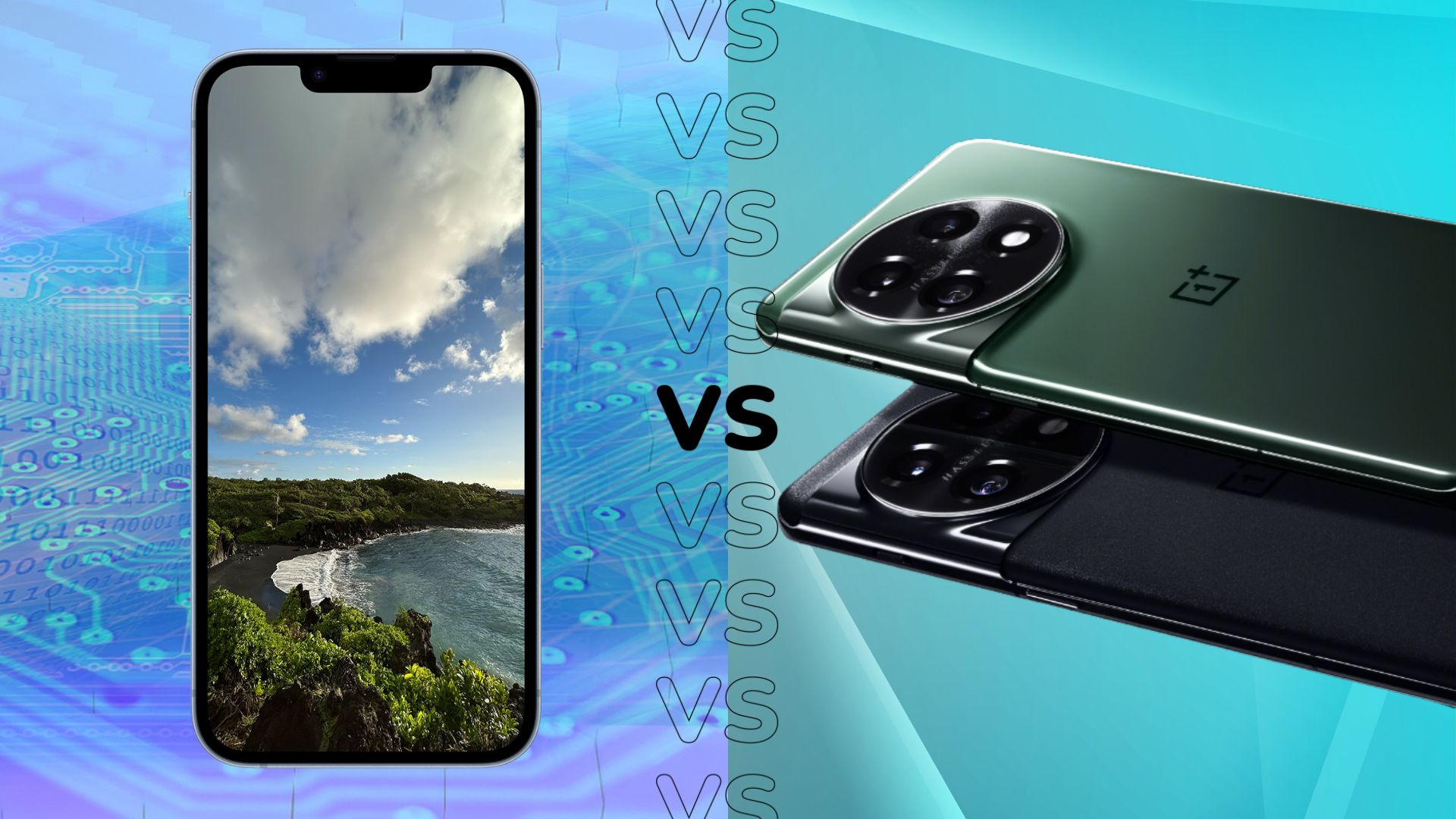 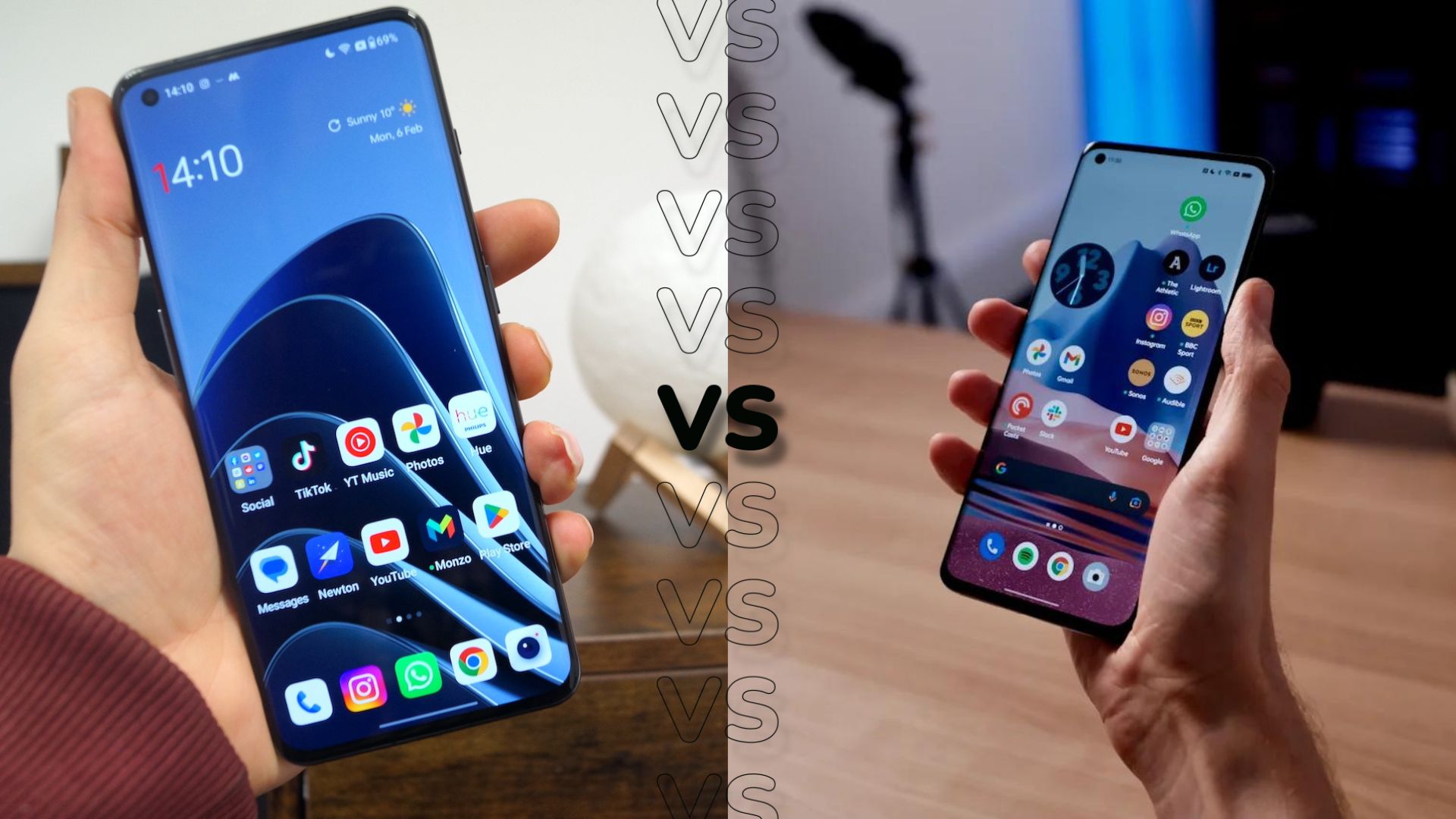 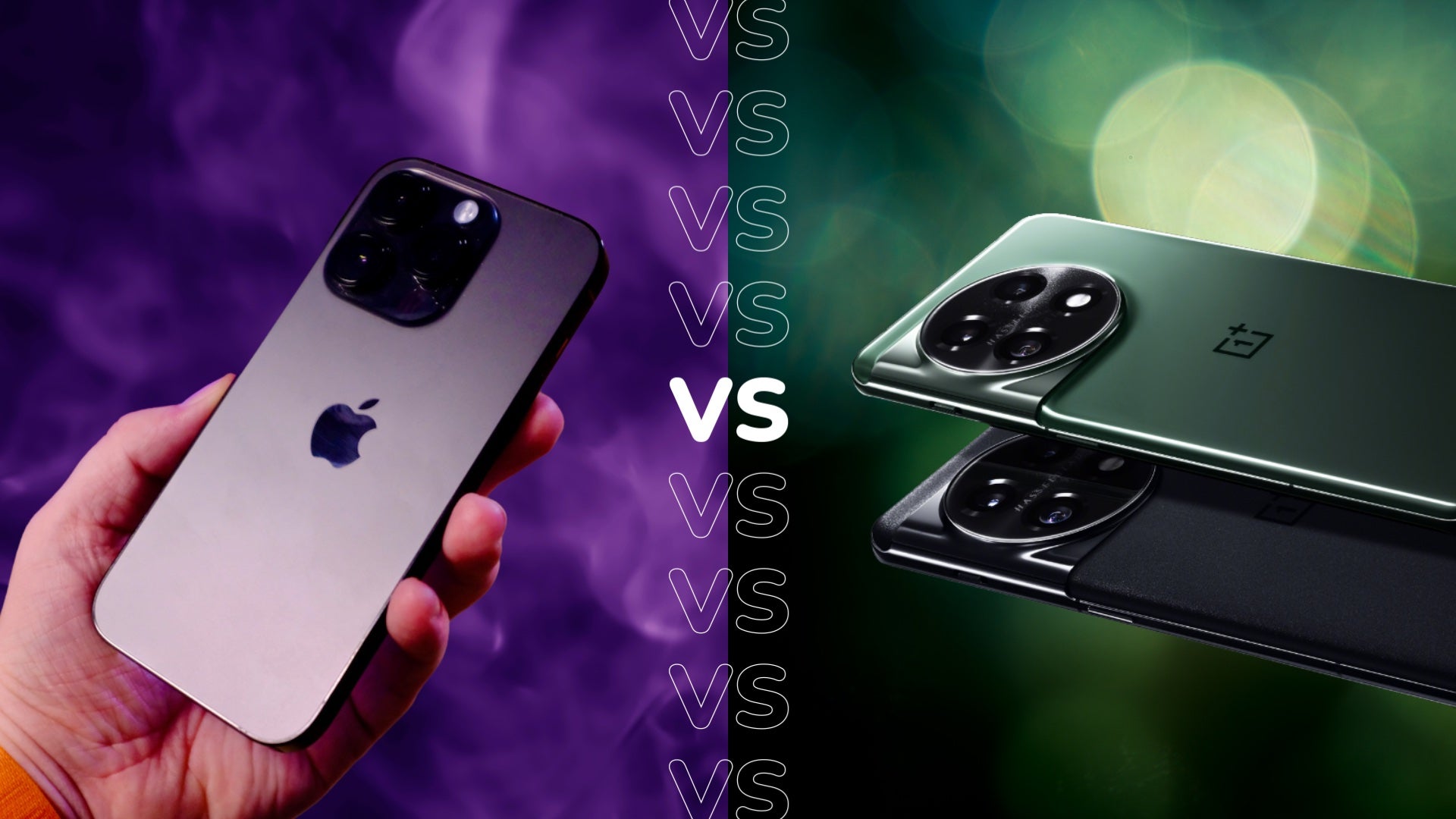 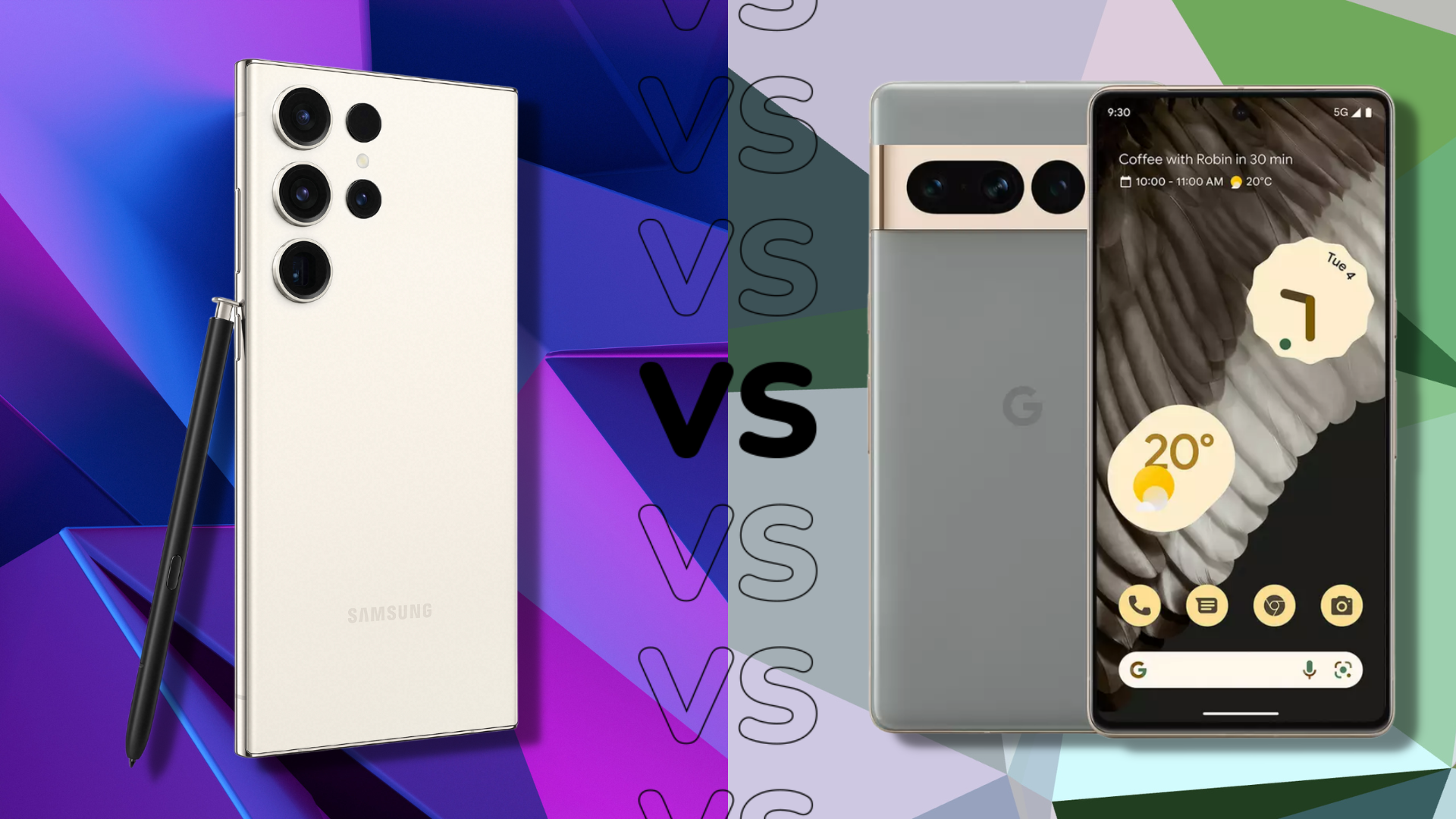