The Lenovo Legion Slim 7 offers more than enough power to play modern games. And while this is not the most powerful gaming laptop on the market, it makes up for that with a slim design and high-resolution display.

Most gaming laptops you’ll find on the market are built like tanks, making them cumbersome to carry around. With the Legion Slim 7, Lenovo is attempting to deliver a fast performance in a slender laptop design.

This laptop can be configured in a multitude of ways, with the choice between the 12th-gen Intel Core H i5, i7 or i9 processor, as well as an Nvidia RTX 3060 or RTX 3070 GPU. This model can also be kitted out with an AMD processor and GPU, which is worth knowing if you have a personal preference between AMD and Nvidia.

The Lenovo Legion Slim 7 lives up to its Slim moniker, boasting a 2.05kg weight and a thickness of just 16.9mm. While it is too difficult to hold with one hand, it’s not unreasonably heavy for a gaming laptop and as the name suggests, it’s very slim and sleek.

Unfortunately, the bundled charger that comes with this laptop is heavy and makes carrying around the laptop a lot more arduous than I would have liked.

Due to this, I rarely left the house with this laptop, and I can’t recommend it as a portable device due to the weight of the laptop and charger combined.

Thanks to the heft, this is a very sturdy laptop; I did not experience any flex in the chassis during normal use, although there is some bend in the lid if enough pressure is applied. So long as the laptop is closed I feel like I could easily toss the laptop onto a bed and move it around without worrying about it breaking. And other than the glossy Legion branding on the lid, it’s also incredibly smudge-proof.

In terms of ports, all three USB 3.0 charging ports are on the rear of the device, alongside the charging and HDMI port. While it is a little cumbersome locating the ports initially, I really love the placement as it meant that all my wired peripherals could run down the back of my desk, rather than protruding from the sides of the device.

There are two USB-C Thunderbolt 4 ports on the side, as well as a 3.5mm audio jack, DisplayPort and a shutter button that can turn the camera on and off. I do think Lenovo missed the trick by leaving out an Ethernet port, as it means that anyone with a weaker internet connection may struggle to game online. You do at least get Wi-Fi 6E support to somewhat make up for that.

I liked the style of this laptop overall; it’s a lot more reserved than the other gaming laptops I’ve tested, with no RGB lighting in sight. It’s a mature device and could be mistaken for a productivity laptop, although I would have liked to see a few more colour options past the drab grey and black on offer.

Turning to the keyboard, I thought that it had good travel and felt nice to use. I would have liked it to be a little clickier than it is, as it feels a more like a productivity keyboard than a gaming one, but I got used to it very quickly.

I’m not as big of a fan of the touchpad; it was not as responsive as I would have liked. And as always, you’ll want to use an external mouse instead for gaming.

The screen was bright and vibrant, but the laptop did struggle with darker scenes. When playing The Binding of Isaac, some sections of the game looked unnaturally dark which made the experience a little more frustrating.

You won’t encounter such issues when working with bright colours. This means this laptop is great for productivity, as I was able to work comfortably on my balcony even on brighter days.

Games like Slimerancher, Horizon Zero Dawn and Hollow Knight all looked vibrant with a lot of detail crammed into every shot. Even Stardew Valley, which sports a retro 16-bit aesthetic, looked incredibly detailed with wonderfully punchy colours that helped to elevate the gameplay.

The 165Hz refresh rate also came in handy for more intensive games like Zero Dawn or Borderlands 2, resulting in a much smoother experience compared to a 60Hz display.

Video content looked bright and the whites in shots did not have an unnatural blue or red hue. The Menu on Disney Plus looked fantastic; I was impressed with how much depth of colour was conveyed. And despite the fans being a tad noisy during gameplay sessions, I was pleased to find that I had no problem with excessive noise while watching TV.

After further testing, I found the sRGB, Adobe RGB and DCI-P3 scores came out at 97.5%, 71.2% and 73.8%, respectively. Due to the results, I would not recommend this laptop for colour-sensitive work, but it would still be serviceable for casual photo and video editing.

Nvidia’s GeForce RTX 3060 may now be a generation behind the new laptop graphics chips, but it still offers good performance.

The mid-range Intel Core i7-12700H is also a part of the last generation of laptop CPUs, but I found that was more than capable of powering my gaming sessions and any day-to-day work I wanted to engage in.

These specifications round out with a 1TB SSD that delivered blistering read and write speeds of 7060.29MB/s and 6468.59MB/s, respectively. That’s double the speed of most gaming laptops, ensuring that games load up in the blink of an eye.

There are more powerful gaming laptops on the market, especially with the arrival of RTX 4000 laptops, but I think the Legion Slim 7 offers a comfortable experience. Horizon Zero Dawn averaged 79fps at 1080p. While this doesn’t get close to the 125fps at 1080p that the MSI Raider GE77 (2022) achieved, it’s more than serviceable and offers a smooth experience.

The CPU in this laptop performed well but not outstanding, with a score of 1660 and 11,987 in Geekbench’s single and multi-core tests. These scores are outmatched by both the Razer Blade 17 (2022) and Asus ROG Flow X16 (2022), however, I don’t think that means this laptop should be written off completely, especially since both of these alternatives have a much higher price tag.

I was able to stream to an external monitor and work with multiple tabs and applications open with very little hassle. I think that it was more than powerful enough to engage in productivity work between gaming sessions, so you won’t need to worry about purchasing two separate devices.

In terms of fan noise, I don’t think that the Legion Slim 7 was that loud overall. The fans would pump out more noise after an extended period of gaming and had a low rumble during most games, but it was nowhere near as loud as the Asus ROG Zephyrus G15 (2021) and less distracting overall.

The battery on a gaming laptop will always pale in comparison to productivity laptops due to the high-speed fans and powerful internals that are needed to keep it running. While playing The Binding of Isaac at 100% brightness and 100% battery, the battery dropped by 18% after 30 minutes and 40% after an hour.

It managed to last 5 hours and 24 minutes during our PCMark 10 Battery benchmark. That’s very impressive for a gaming laptop, although if long battery life is a priority then you can check out the Razer Blade 14 2021, which managed to last another two hours during testing.

It’s important to note that you’ll get the best performance out of this laptop while plugged in and ideally, you should keep the laptop on charge during your gaming sessions. This isn’t really the kind of PC you can use to game on the go.

You want a quiet and reliable laptop: Lenovo’s Legion Slim 7 runs quieter than other gaming laptops I’ve tried and offers a reliable performance during AAA and indie games, with more than enough power for the occasional productivity bout.

You want a beefed-up gaming laptop: While the Legion Slim 7 is reliable, it does not offer top specs when it comes to the GPU, RAM and storage. You’re going to struggle playing games in 4K, or the likes of CyberPunk with ray tracing.

I enjoyed my time with the Lenovo Legion Slim 7 and was pleased to find that I could play almost any game in my Steam library at a 1440p resolution with very few issues.

We test every laptop we review thoroughly over an extended period of time. We use industry-standard tests to compare features properly. We’ll always tell you what we find. We never, ever, accept money to review a product. 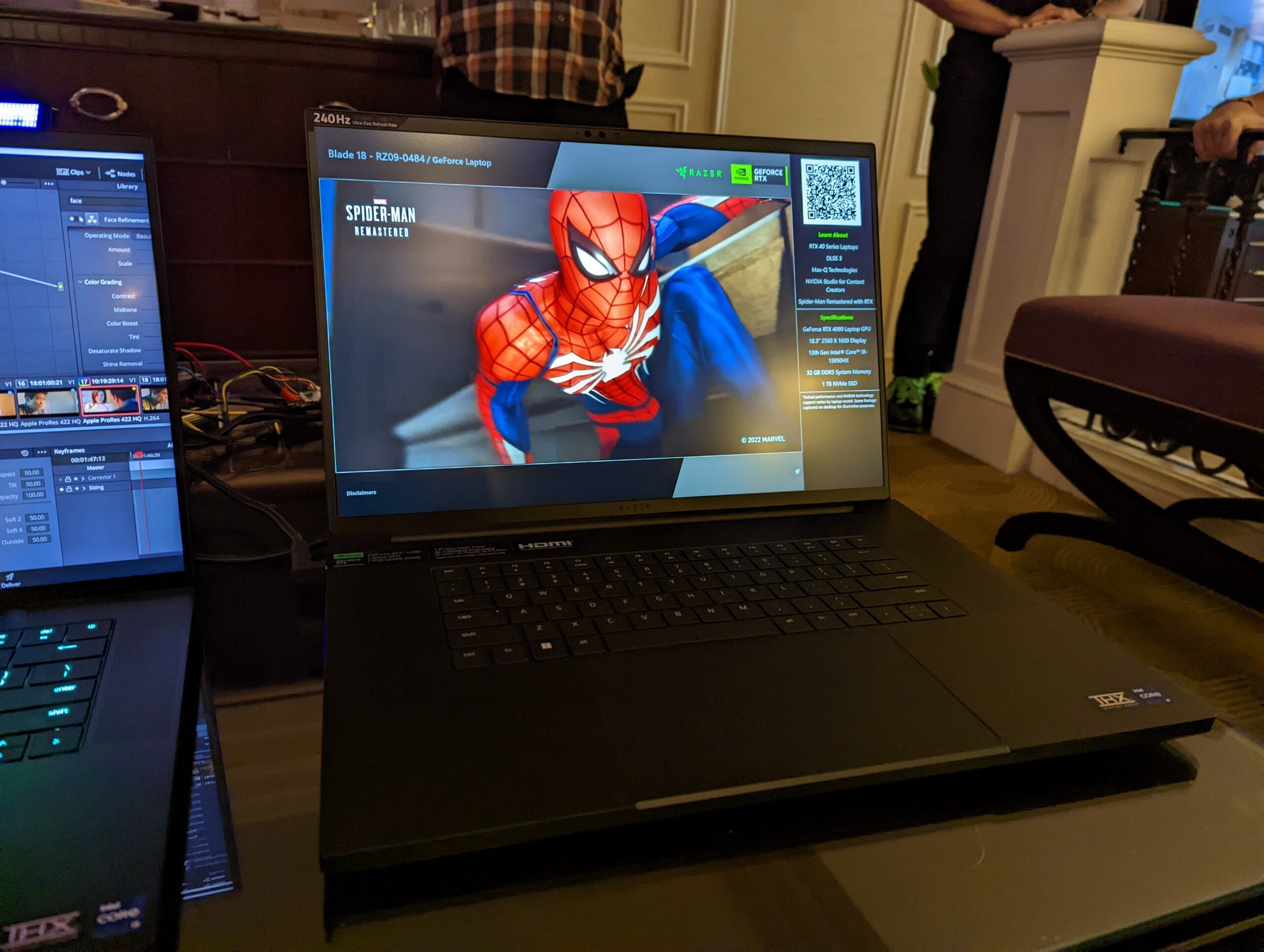 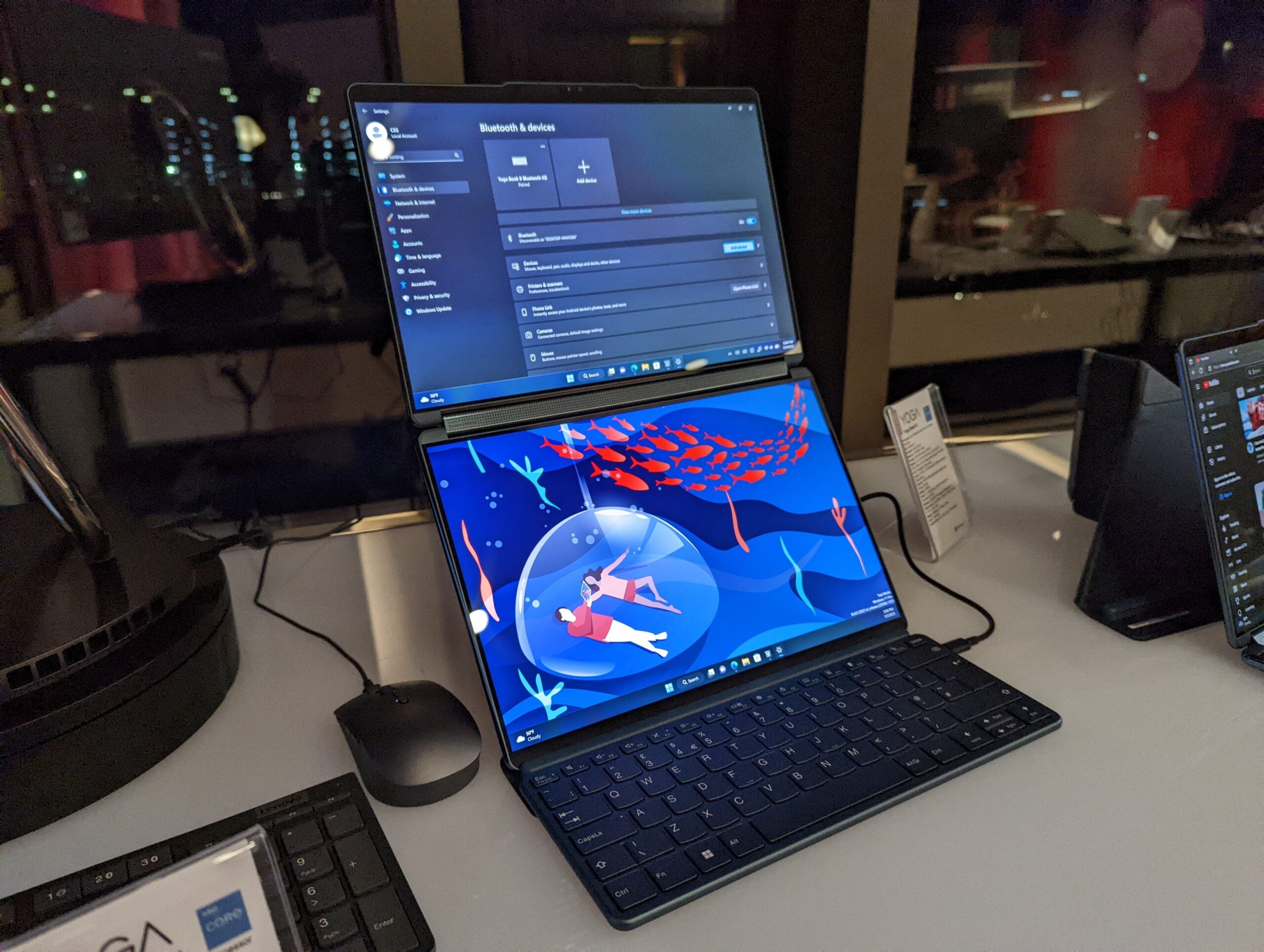 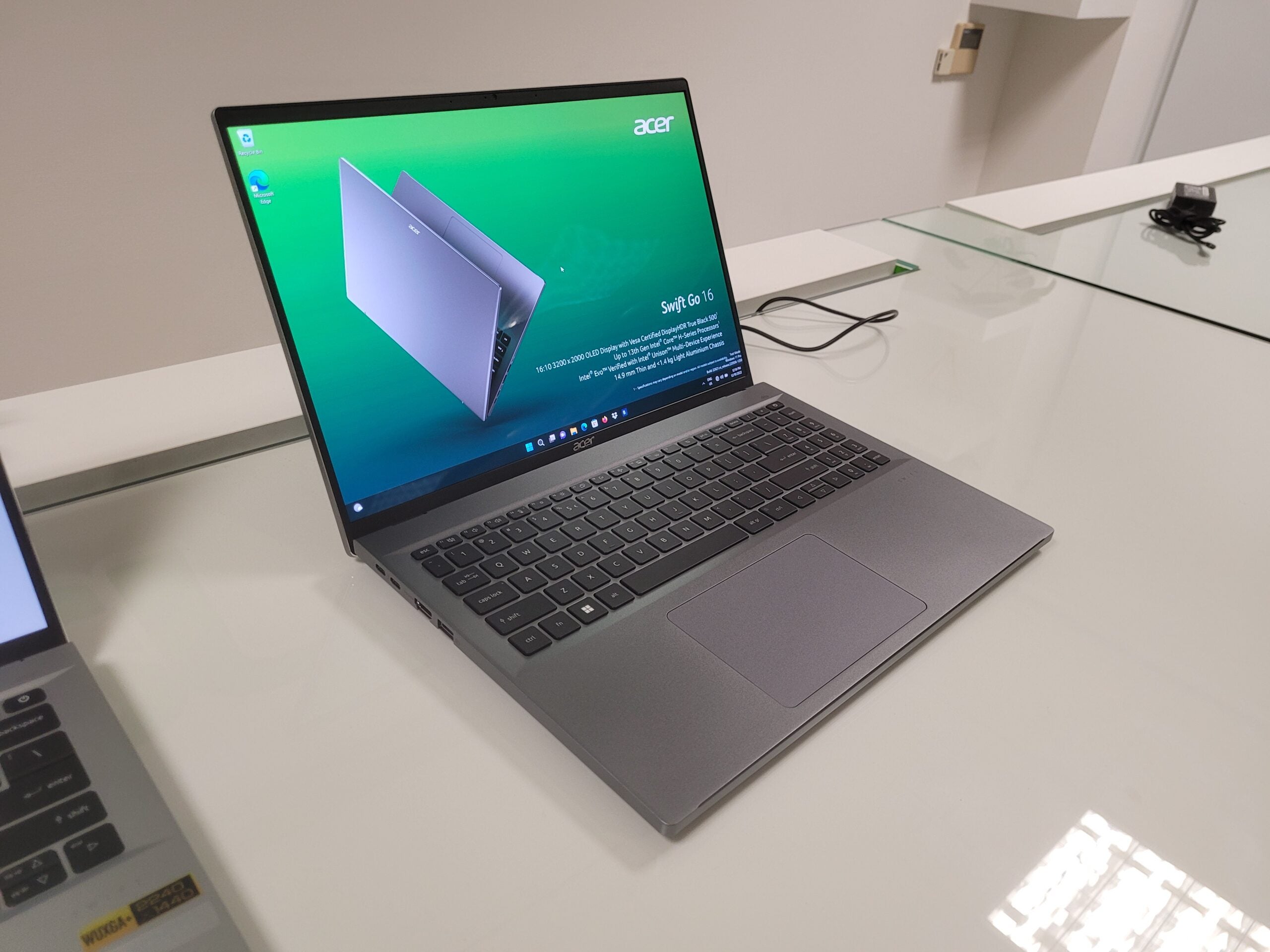 Does the Lenovo Legion Slim 7 come with AMD processors?

Does the Lenovo Legion Slim 7 come with an AMD GPU?

Yes, if you purchase the Legion Slim 7 with an AMD processor, you will be able to use the AMD Radeon RX 6800S.

Is this a heavy gaming laptop?

This laptop weighs 2.05kg, around the average weight we would expect for a gaming laptop. It’s fine for carrying around the house, but is a little too heavy for frequent commutes or gaming on the go.