If it ain’t broke, don’t fix it. Borderlands 3 is as safe as sequels come. Its gunplay has hardly changed at all and the humour remains as polarizing as ever, but the package in its entirety works. It’s fast, satisfying and constantly addictive as you hoover up new guns and grow your selection of badass vault hunters.

It’s impressive how familiar Borderlands 3 dares to be. In the opening moments, it feels like you’ve been transported back to 2012 – before the likes of Destiny, The Division or Anthem even existed. Gone are the live-service trappings that now define much of the genre, an eccentric yet relatively archaic loot shooter left in its wake, clinging desperately onto outdated dregs of meme-based humour.

The opening hours are excruciatingly pedestrian, following a predictable song and dance we’ve seen the series jive to before – it’s almost as if the past generation of innovation never happened. Despite this exhaustive unfolding of yarn, Gearbox Software puts a dedication into its formula that’s genuinely commendable, pulling it through the rough patches.

Shooting and looting is better than ever, reinforced by robust level design and an absurd amount of content crammed onto its multiple planets. It doesn’t rewrite the rulebook, heck, it sneaks in last year’s edition and desperately hopes nobody will notice, but Borderlands 3 is a blast in all the areas where it counts. To some, that will be more than enough.

Borderlands 3 begins with another quartet of vault hunters waltzing onto the planet of Pandora. After a cutscene featuring several scenes of ultra-violence and a catchy musical number, you can select from four newcomers – Amara, Moze, Zane and FL4K. They’re all distinct in both personality and mechanical variance, bringing with them a slate of skills and abilities that shake up moment-to-moment encounters.

Amara is an incredibly buff Siren who I definitely didn’t thirst over, capable of immense psychic attacks that can obliterate foes with elemental projectiles or leave them floating in mid-air vulnerable to gunfire. Moze goes in a completely different direction, capable of summoning a pilotable mech from the heavens to blow bandits away in a flurry of artillery.

FL4K is a non-binary force to be reckoned with and can summon a range of different pets to chew enemies to pieces, some of them cute in a weird, alien kinda way. Zane is the weakest link by a wide margin, a rather generic fellow with a grating accent and powers focused on gunplay and shields making him the least popular choice in my eyes. During my time with Borderlands 3 I spent a bunch of hours with Amara and Moze, kicking ass and taking names across Pandora and beyond, and it felt excellent.

Each hero has three skill trees which branch into different active and passive properties, with the latter including the likes of maximum health, reload speeds and survival capabilities in the midst of a firefight. The former are essentially your main powers, deployed multiple times during a tense encounter and recharged on a cooldown. In the opening 10 hours or so progression can feel painfully slow, it isn’t until you reach the third planet that things really begin to shine. That’s a long wait, but it’s more than worth it. 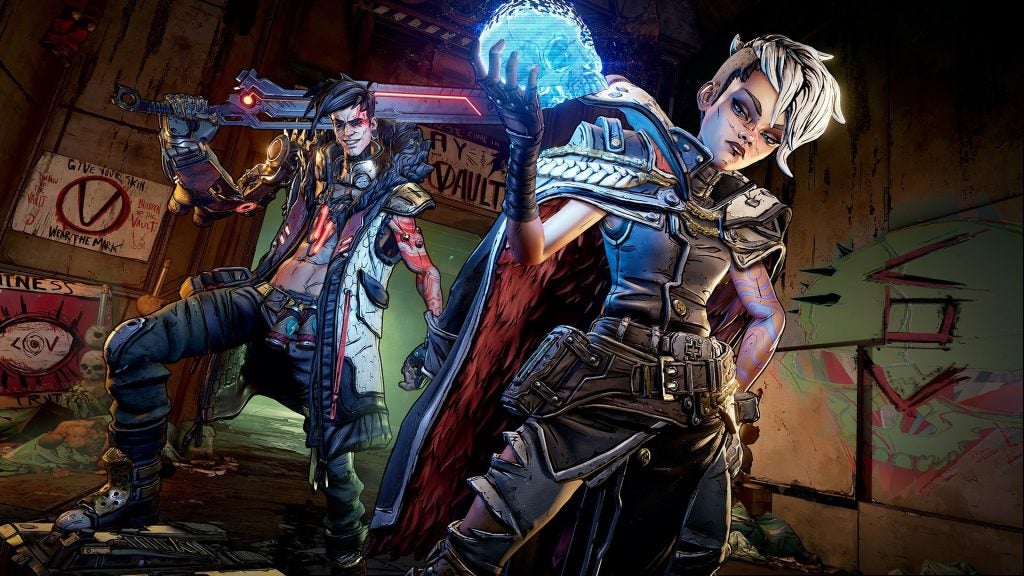 Once the opening quest of Borderlands 3 is completed, the world of Pandora is your oyster. Gearbox wastes no time in unleashing the player upon the world, giving them a vehicle, weapons and everything else they might need on their galactic travels. I was quickly drawn in, colouring in the mini-map as I discovered new areas littered with optional collectables and plentiful other secrets. It feels dense, which isn’t a compliment I could throw at previous instalments.

However, this isn’t the entirety of Pandora. It’s a small part of the bigger picture, as Borderlands 3 splits its campaign across a variety of different planets. Promethea is a bright, neon-drenched metropolis housing an on-going war between technological giants, while Athenas is a quaint abode drenched in culture, a stark contrast from anything we’ve seen the franchise tackle before. There’s a juxtaposition to each locale that keeps things fresh, holding off the repetition that inevitably sets in after playing a loot shooter for hours.

Each region might be huge, but the activities housed within them are unfortunately predictable. They often involve collecting items or defeating a certain foe housed on the other side of the map, usually a bullet-sponge boss spouting one-liners at you. While they lack imagination, the endless array of firearms you accrue and experiment with keep most encounters varied enough to remain compelling. Sadly, this doesn’t stop the horrendously outdated writing from rearing its head. 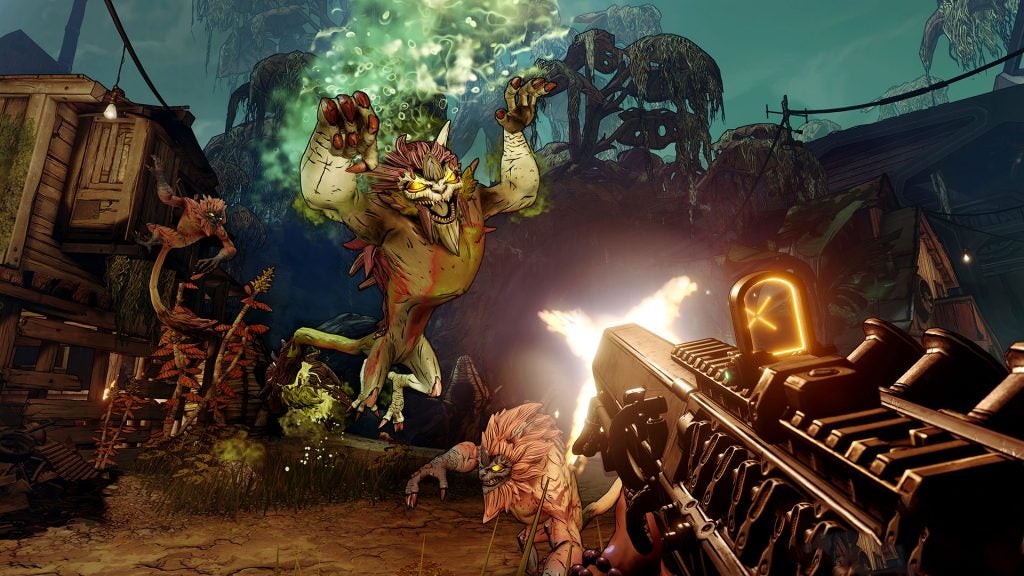 Borderlands 3 feels out of touch when it comes to its writing, with only a handful of jokes landing while the others crash into a morbid heap of cringe-inducing nausea. It seemingly comes from a place where internet memes and pop culture references would last months instead of days, failing to adjust to the speed at which society perceives media in the modern era. It’s just outright bad in some places, and every character is voiced like they’re desperate to make jokes, making it impossible to take them or the unfolding plot seriously, although it does hit some spectacular high notes.

Claptrap, who was previously an object of comic relief in a fairly straight-yet-silly plot, has seen his polarizing attitude spread to anyone and everything in Borderlands 3, and it feels like something I grew out of years ago. Some players might love it, so it’s difficult to pass judgment, but when there’s hidden guns referencing Rick and Morty of all things, it’s clear what audience Gearbox Software is hoping to capitalise upon. It’s not for me, but that fortunately doesn’t stop me throwing on a podcast and sinking into the brilliant shooting.

Gunplay in Borderlands 3 is a thrilling delight, constantly evolving with your growing arsenal of weapons, abilities and items. Much like previous games, firearms are spread across a variety of manufacturers from all over the galaxy, each one possessing a bunch of distinct characteristics. Some are just hurled at enemies, instead of being reloaded, exploding into a flurry of shrapnel on impact; some fire hazardous streams of energy, while others feel like old-timey guns pulled straight from a western. There’s a staggering amount of choice, and every player will have a different experience to some degree. 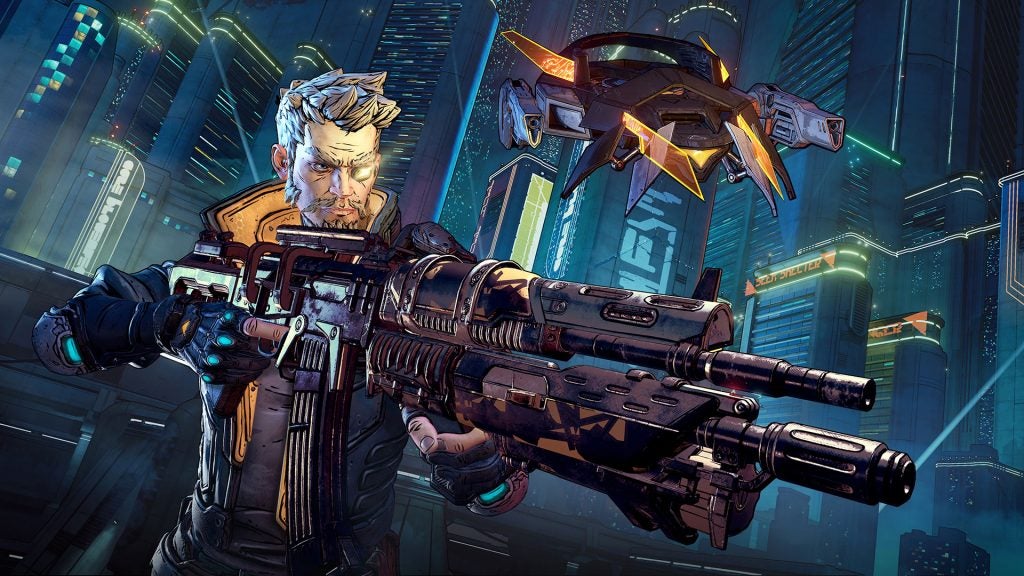 A new feature for this instalment is alternate firing modes. Many weapons possess them and can be activated with the touch of a button. An assault rifle might spin around in to reveal an optional shotgun, while rapid-fire pistols can unleash a flurry of ranged rockets. They add a wonderful element of surprise to firefights, lessening the annoyance of occasional bullet-sponge boss encounters.

Speaking of bosses, Borderlands 3 takes some of its older sibling’s biggest criticisms and hurls them out the window. Its boss battles are thrilling, requiring a mastery of your abilities, weapon types and movement to survive.

Looming robotic orbs housing homing rockets and electric lasers join colossal, transformative monsters guarding vaults as some of the finest showdowns, taking place in massive spaces curated for multiple players to take cover and apply strategy before taking them down.

Sure, they’re just an elaborate bullet-sponge in the end, but having so many options on how to dispatch them makes Borderlands 3 a joy. Moments like this are consistent throughout the campaign, ensuring the pace remains razor-sharp throughout, and I felt enthralled enough to keep going, even if the writing dragged at my heels all the way. 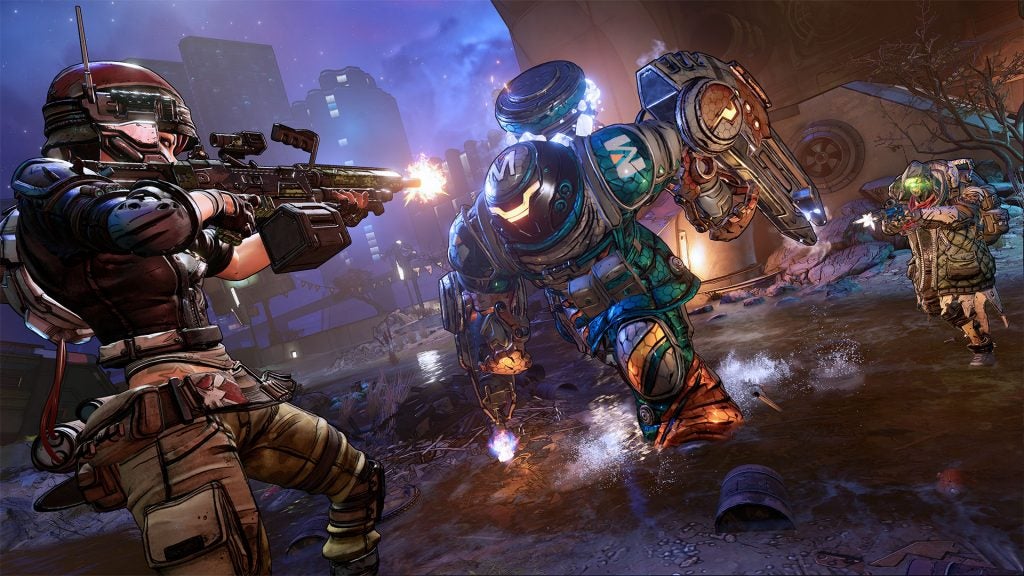 Before I wrap this review up I’d like to mention The Calypso Twins, Borderlands 3’s big bad who aim to conquer the vaults and take over the galaxy. They’re visually beautiful and have nuanced personalities, but they aren’t brought to the forefront enough for me to feel invested. Later cutscenes hint at a deeper, more nuanced relationship between the siblings that borders on sympathetic, but they’re so drenched in Gearbox’s obsession with constant humour that it falls by the wayside.

You can have a compelling narrative and elements of comedy – it’s been proven before with Portal 2 and similar games – but it’s inconsistent enough in Borderlands 3 that the storytelling feels like a missed opportunity. Loads of downloadable content is planned, so things could change, and given the potential here, I’m crossing my fingers they do.

If it ain’t broke, don’t fix it. Borderlands 3 is as safe as sequels come. It’s gunplay has hardly changed at all and the humour remains as polarizing as ever, but the package in its entirety works. It’s fast, satisfying and constantly addictive as you hoover up new guns and grow your selection of badass vault hunters.

Quality of life changes ensure everything feels perfect for a new generation, with slick controls matching gorgeous visuals that greet you with each new planet. It’s just a shame the irritant focus on laughs holds back what could’ve been an excellent story. Here’s hoping coming expansions will only make things better.