Priced at £329 for the 16GB model, it’s up against the likes of the Nexus 9 (£319), the Samsung Galaxy Tab 8.4 (£319) and the first-generation iPad Air, which you can now pick up for around the same price. We were fans of the first HDX 8.9, but some of the software quirks still haven’t been resolved in the 2014 model, meaning it’s still a great device for video but not quite the premier Android tablet. 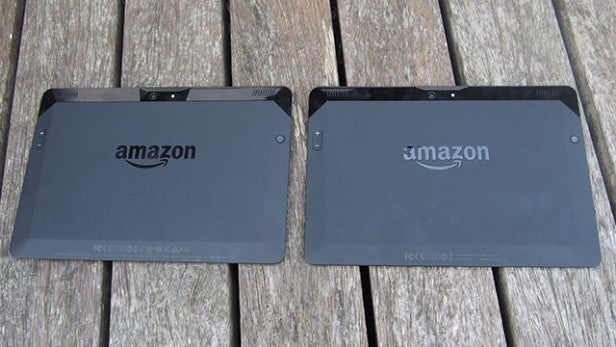 If you sat last year’s Kindle Fire HDX 8.9 and this year’s model side by side, like we did, you’d be hard pressed to find any changes. That’s because the two tablets are identical. It’s not necessarily a bad thing, because Amazon was on the money the first time, especially with how comfortable it is to use for a larger tablet.

There’s the same black magnesium finish that’s now beginning to find its way onto Amazon’s range of e-readers like the Kindle Voyage. Amazon keeps things light without compromising on the impressive build quality. Staying at the same 374g for the Wi-Fi-only model, it’s still lighter than the iPad Air 2 (437g), and whether you use it in one hand or two hands, you’re not going to find it a strain to hold for long periods.

Up front you’ll find the same black bezel, while the back is still soft-touch plastic with a glossy black trim that has a habit of picking up greasy fingerprints. This is where you’ll find three slightly concave buttons, which put the tablet in standby or adjust volume, sitting within easy reach when you’re holding it landscape-wise. Cameras on both the front and rear sit up top, which again promotes more landscape use with the 8.9.

Around the trim, you’ll find the micro-USB charging port that’s still a tight squeeze when fitting in the charging cable. The headphones socket’s on the right and, for those hoping for HDMI and microSD card support, sadly you’re out of luck again. It’s no real surprise here, though. If you want more storage then you’re relying on Amazon’s cloud storage service, and for mirroring content there’s Miracast support plus the ability to throw content to the Amazon Fire TV streaming box, so it’s not all bad. 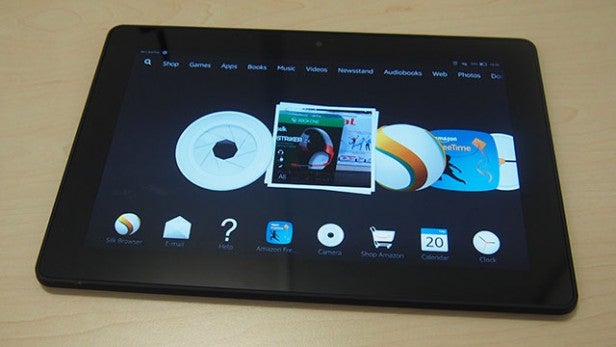 There’s no change to screen quality, either. It’s still an 8.9-inch IPS LCD panel with a 2560 x 1600 resolution and impressive 339ppi pixel density. That’s the same resolution as the Samsung Galaxy Tab S 8.4 tablet, and while the Fire HDX 8.9 might lack the exceptional black levels and punchier colours you associate with an AMOLED display, this is still a gorgeous screen.

Testing it out with the steadily improving Amazon Instant Prime Video streaming service, video looks sharp, contrast performance really impresses and the colour accuracy, especially the trickier natural tones in faces, really impresses. The screen’s also brighter than its predecessor’s and viewing angles are strong as well. Crucially, there’s no sign of the same blue tint that last year’s 7-inch Kindle Fire HDX 7 tablet suffered from. This is largely down to Amazon’s decision to use blue LEDs instead of white LEDS in its displays to create what it claims is “100% sRGB colour accuracy.”

Another feature that’s been added to the 8.9 is the inclusion of Dynamic Light Control. This was first seen on the HDX 7 and is a feature squarely aimed at making it more comfortable to tuck into your favourite Kindle ebooks, whatever the lighting conditions. It essentially adjusts the tone and colour of the pixels according to the ambient lighting. It’s something that’s difficult to notice, but we’d say that as a tablet for reading, it does a fine job – although it still struggles a little with glare outdoors. 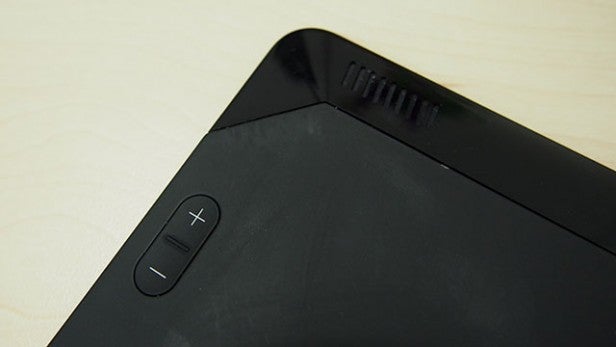 Joining the pretty impressive display are arguably the best speakers on any tablet. If you’re after depth, warmth and the audio qualities you’d want for watching films and flicking through YouTube videos, these will sate your aural appetite.

To increase its film-friendly credentials, Amazon’s now added Dolby Atmos support. This won’t make much difference when you’re simply listening through the speakers, but when you plug in a pair of headphones you’ll be able to appreciate the benefit of Atmos. It’s a relatively recent phenomenon in surround sound technology that you can find in your local cinema. The aim is to create a better, more immersive sense of directional sound. So if a car’s driving past in a scene or there’s a sudden downpour of rain, it sounds like it’s going past you or dropping from above.

Dolby Atmos is still not massively widespread and the films to use it in recent years include Godzilla, The Expendables 3 and Taken 2, which is currently available on Amazon Instant Prime video. We watched Liam Neeson’s second outing as retired CIA agent Bryan Mills on the older third-generation Kindle Fire HDX 8.9 and then on the fourth-gen 8.9, and we didn’t really find any truly distinguishing differences in directional sound. There’s surely going to be films that make better use of Atmos, so it’s maybe nice to have as a future-proofing measure.