Amazon’s update to last year’s Kindle Fire HD 8.9 tablet is a big improvement over its predecessor and comes with a unique selling point, your own IT guru on tap.

We keep saying that the screen is one of the most important aspects of a good tablet experience, so is performance. The HDX 8.9 has both in abundance, but there are a lot of other factors that can trip it up – particularly Amazon’s penchant for locking it down to the Amazon Appstore.

SEE ALSO: 10 best tablets: which tablet should you buy? 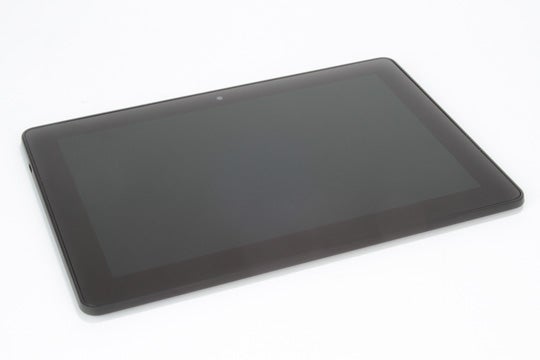 Just like its little brother, the Kindle Fire HDX 7, the HDX 8.9 is made from two types of plastic. It is predominately covered in a soft touch polycarbonate back, which feels warm and grippy in hand. It’s very similar to the material in which the new Nexus 7 is clad, and as such is great to hold, but a real fingerprint magnet. If you like your tablet smudge-free, you will find yourself regularly wiping the HDX 8.9.

An angled glossy black plastic panel covers the top of the tablet, and houses the speakers, camera and LED flash. We were a little concerned about how the two plastics joined together on the HDX 7, but not on the 8.9 as the fit is good. The bezels are a little thicker than its competitors and it can’t really be called pretty, but the Kindle Fire HDX 8.9 is a well-built tablet, especially considering how light it is. 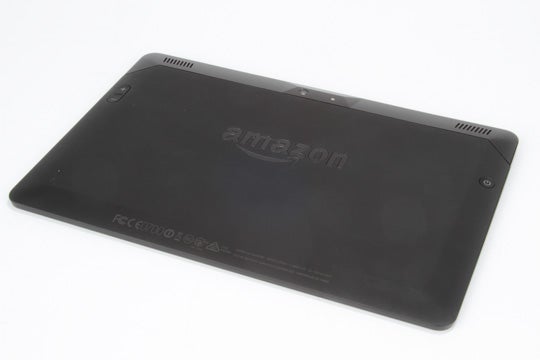 At just 374g it’s almost 100g lighter than the iPad Air. The Air has a bigger screen, but it’s still impressive. The benefits really come to light when you use it for long periods. Even though it’s much bigger than 7-inch tablets the Fire HDX 8.9 can be held comfortably for hours – either in portrait or landscape.

There are only three physical buttons on the HDX 8.9 and they are clearly designed to be used when the tablet is in the landscape orientation. This makes it a little tricky to hit the volume or power buttons while holding it any other way, but they’re well-integrated into the back and come with enough texture that you can find them, and know what you’re pressing, without having to look.

The Kindle keeps its connectivity as frugal as its buttons. There’s a 3.5mm headphone jack and a microUSB for charging and data transfer. There’s no MHL and the HDMI port of its predecessor is gone so the only way to play video on your TV is to use the Second Screen app. This lets you wirelessly chuck video to your compatible Samsung smart TV or via a PS3/PS4 console, which means you’re out of luck if you have neither.

The Kindle Fire HDX 8.9 comes in Wi-Fi only and Wi-Fi with 4G versions at 16/32/64GB configurations.  There’s no microSD slot, though, so you need to buy a version with extra storage up front if you like to travel with a large library of video and music. The usual gamut of accelerometer, gyroscope and Bluetooth are there, but you only get GPS on the 4G models. 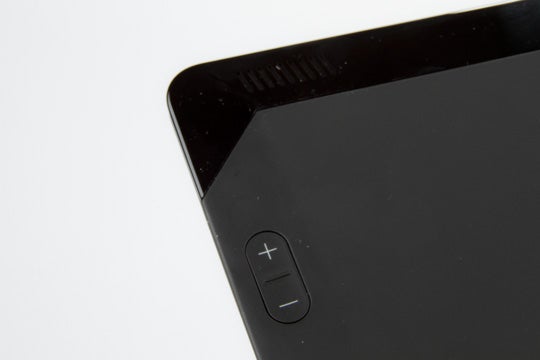 As we’ve already mentioned, the Kindle Fire HDX 8.9 screen is mightily impressive on paper. In practice the 339ppi provides the screen with detail and sharpness at least as good as the likes of the iPad Air, Samsung Galaxy 10.1 2014 or Nexus 7. Text looks crisp at every level of zoom while colour accuracy is excellent. HD video is highly detailed even during darker scenes.

The HDX’s 8.9-inch screen is bright, too. Maximum brightness shows its full potential and is bright enough enough to be discernible even in direct sunlight, although it is quite reflective. Viewing angles are also superb; at even the most acute viewing angles colours remain bright and vivid. It’s a truly great screen – right up there with the best any other tablet-maker has to offer. If there’s one gripe it’s that, like the soft-touch plastic back, it loves collecting fingerprints and greasy marks. You may also want to steer clear of the temperamental auto-brightness setting that tends to overly darken the screen. 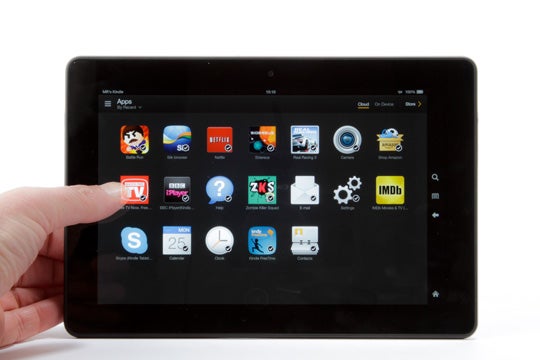 Amazon has always marketed its tablet range as perfect for consuming media and it’s hard to argue considering the quality of the screen, but the speakers are great, too. At full blast the stereo speakers are noticeably louder than the iPad Air’s, or any other tablet we’ve used for that matter.

Stereo separation is also decent and there’s not too much distortion to be noticed even on full volume settings. Dialogue is crisp and clear and there is a reasonable amount of depth to sound effects. It’s a testament that we’ve experienced far worse speakers on much larger laptops.

With such an impressive screen and speaker setup the Fire HDX 8.9 needs some serious processing power to ensure it all runs smoothly.