What is the Amazon Fire Phone?

It’s not often, but every now and then a smartphone arrives that shakes us out of the endless cycle of sequel devices with incremental spec upgrades and slightly bigger screens. The Amazon Fire Phone is one such device.

Unlike the Kindle readers and the early Kindle Fire tablets, this isn’t a cut-price gadget aiming to change the market and lower the point of entry, it is a fully-fledged, premium-priced smartphone aiming to go straight in and compete with the upcoming iPhones 6, Galaxy S5 and and HTC One M8.

The Fire Phone is on sale in the US for $649 and on contract via AT&T, but Amazon hasn’t announced plans for a wider release. 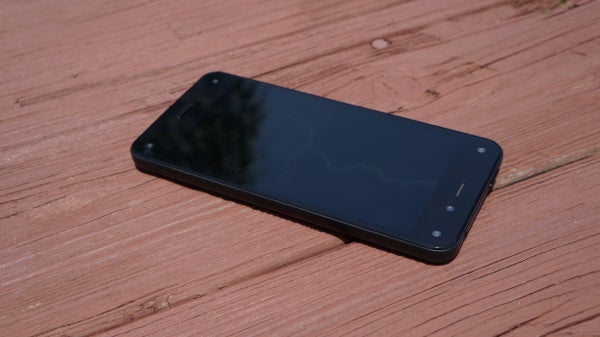 Anyone familiar with Amazon’s popular range of Kindle Fire tablets will have a fair idea of what to expect from the Fire Phone. It has a reassuringly heft and a solid, sturdy feel to it, but falls a little short when compared to super premium build of handsets like the HTC One M8 and iPhone 5S.

Its deep black chassis is adorned by a single sheet of Corning Gorilla Glass 3 on both the front and rear. The rubberised grip on the sides the Fire Phone adds to the comfort level, but the edges have a pronounced angular feel that can be almost sharp and a little awkward to begin with.

There are five aluminium buttons, also black. The power/display button sits on the top left corner and with a one handed grip it’s a little awkward to access. The home button is the only one on the face. Finally, on the left side sits the volume rockers and the camera shutter button. Pressing the camera button takes you straight to the capture screen even when the phone is locked, so there’s less chance you’ll miss a shot.

SEE ALSO: 8 things you need to know about the Fire Phone 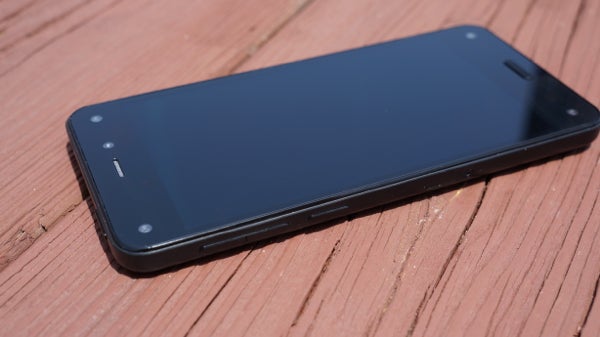 Speaking of cameras, the Fire Phone has something no other phone on the market does. Five front facing cameras. One of these is the 2.1-megapixel video calling/selfie cam, while the other four lenses (one in each corner) are motion sensors that assist the Dynamic Perspective tool, the Fire Phone’s unique user interface. The rear-facing camera and LED flash sit in the top right corner, behind the Gorilla Glass.

At 160g it weighs exactly the same as the metal-clad HTC One M8 and is slightly heavier than the Samsung Galaxy S5 (145g), both of which have larger screens. In terms of thickness it sits between those two top-end Android phones. Its 8.95mm girth compares with the 8.1mm S5 and 9.35mm M8. 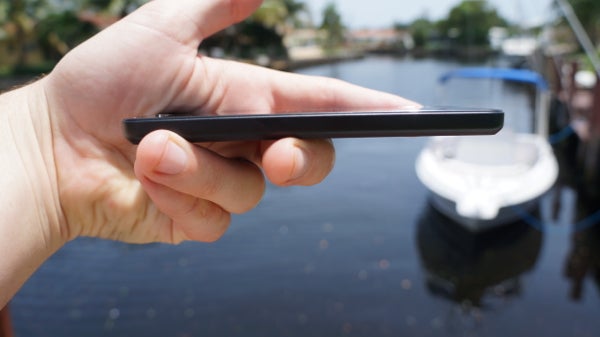 The Fire Phone arrives with a 4.7-inch IPS LCD display, falling slightly below the current craze for handsets that have crept north of 5-inches. It also has a 720p HD (1280 x 720) resolution, again less than the typical 1080p resolution of top phones.

This also means you won’t enjoy the Full HD 1080p movies from the Amazon Prime Instant Video service, which is bundled in with the phone, to their fullest. Video streaming performance was great and reliable over Wi-Fi and 4G data, though, and at this size you probably won’t notice the difference in quality. Indeed, the pixel density is still an over-par 312 pixels per inch (ppi), only slightly less than the 326ppi of the iPhone 5S.

Amazon does include and ambient light sensor and Dynamic Image contrast, which promises better performance in outdoor conditions. Following our tests, we can attest to the validity of this. It remained visible even on a particularly bright South Florida afternoon even with Sunglasses. Compared to the iPhone 5’s Retina Display in the same conditions, we found the Fire Phone performed considerably better. 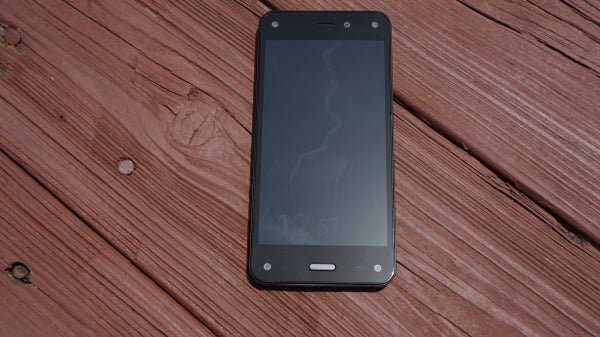 Colours are bright and vibrant, something immediately evidenced by the default lockscreen scene of a forest, which jumps off the display thanks to the neat Dynamic Perspective UI tool, which we’ll get into shortly. Text looks crisp and clear even at short distances, while the Gorilla Glass 3 should ensure it stays relatively free of scratches and scrapes along the way.

Overall though, despite offering adequate performance, the Fire Phone’s display is a bit of a let down. Considering the SIM-free cost is $649 and akin to the absolute best handsets on the market, there’s no reason consumers should settle for anything less than Full HD, especially with QHD displays such as the one within the LG G3 will soon become commonplace.