Slim, stylish and similar are my instant impressions looking at the new Kazam Tornado 552L. A direct follow-on to the Kazam Tornado 348 – formerly the world’s thinnest phone – the 552L’s 5.5mm thin form is paired with sleek metal edging and an overall aesthetic that looks to have taken more than a few pointers from Apple’s recent smartphones.

It’s not all about looks though. Set to hit retailers in May with a price tag in the region of 400 euros (£290), the Tornado 552L features a competitive array of specs for this modest price point.

Although visually similar, the Tornado 552L features a number of key design improvements over its predecessor, the 348. The most important of these is the move to a new double-ridged metal frame. Despite using similar materials, I found the 348 offered too much flex in its form, an issue exacerbated by its 5.15mm slim body.

Fortunately, by being marginally beefier and adopting this double-ridged finish, the larger Tornado 552L not only looks better but feels far more robust and sturdy. With the improvements made, I’m not longer worried about accidental drops, unwanted knocks, or even the odd gust of wind. 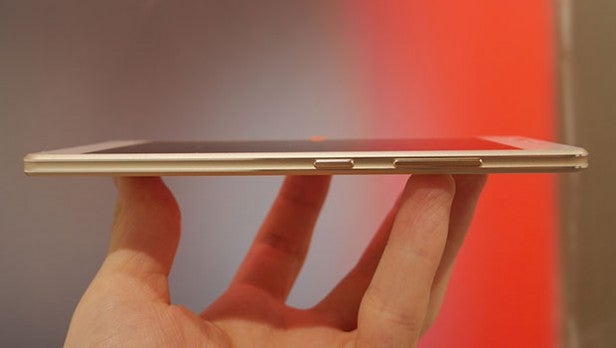 The phone also feels good to hold. Despite being so slim, I didn’t find the device to be unnervingly light. It’s 126.5g heft is well balanced and offers reassuring amounts of grip. Even the Gorilla Glass back feels grippy and didn’t slide around when placed on a flat surface. The Sony Xperia Z3 could learn some lessons here.

Not only the most attractive handset to have emerged from British-based Kazam, the Tornado 552L is one of the nicest looking handsets I’ve seen in this competitive price bracket. Yes, there are more than a few nods of homage to iPhone lines, but it wears its style well. It will be a good challenger to the Sony Xperia M4 Aqua and Samsung Galaxy A5.

More than anything, however, it reminds me of the Huawei Ascend P7, a device which itself has taken design ‘inspiration’ from some of the industry’s leading offerings. In terms of both look and feel, I’ve been left hugely impressed by the 552L. 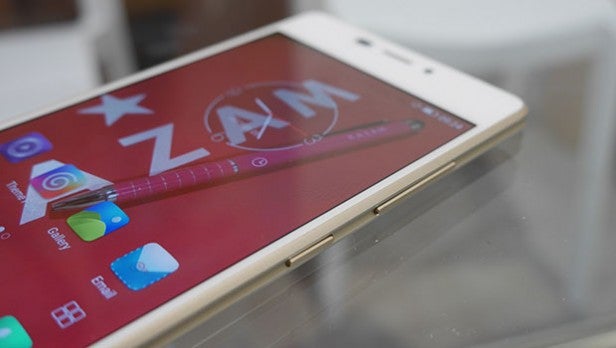 This level of positivity continues across into the phone’s display, too. Moving up from the 348’s 720p panel, the Kazam Tornado 552L features a 5.2-inch AMOLED screen with a 1920 x 1080p pixel resolution.

This 400 pixels-per-inch image density not only brings the device into parity with some its closest rivals, it puts it ahead of many in a similar price range. 720p displays are still all too rife within the sub-£300 smartphone market, and I’m pleased to see Kazam avoid cutting a very obvious corner here.

It’s a beautiful screen, too. I found colours to be bright and vibrant, but not over saturated. Motion was fluid and images pin-sharp. It is responsive, too. With fast, effortless transitions, the screen responded to all the quick-hit, multi-finger commands I could throw at it. 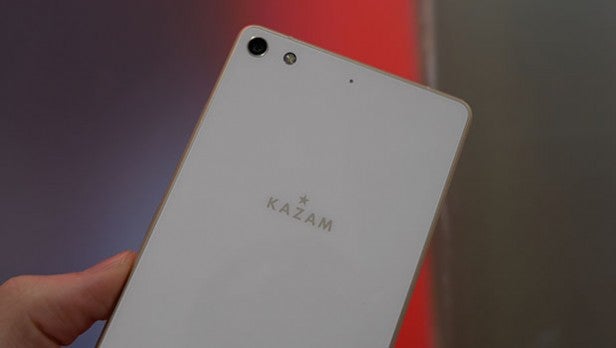 Powering the Tornado 552L is a 1.7GHz octa-core MT6752 chip. This 64-bit unit offers more than enough grunt for the average user and ensured my brief gaming session was fluid and fuss-free. App launches were a breeze and jumping between open apps caused no fuss or fanfare. This MTK processor lines up alongside 2GB of RAM and a lightly skinned version of Android 5.0 Lollipop.

While the Tornado 552L’s specs sheet might not have the Galaxy S6 and HTC One M9 looking over their shoulders, in the sub-£300 space it’s no passenger. A 13-megapixel, flash-enhanced camera lines up on the rear. This puts the phone on parity with the sector’s top players, at least on paper. Pleasingly, on first impressions, it looks like a decent camera. I found shots in tricky indoor lighting to be sharp and detailed. Under the most challenging of florescent lighting, colours were slightly washy, but it’s hard to find a phone that doesn’t suffer from similar issues.

Up front a secondary 8-megapixel camera provides suitably socialable selfie shots. I did find there to be a small amount of shutter lag on both cameras, though. However, given the device tested was a pre-production model, I will have to reserve full judgement until we’ve had opportunity to fully test the cameras in our full Kazam Tornado 552L review, coming soon.

Although you will be able to take plenty of pleasing shots with the 552L, keeping them on the handset might be a little tricky. For those of you with serious storage needs I have bad news, there is no microSD expansion. A trade-off of the svelte design is a lack of storage enhancement so you’ll have to make do with the 32GB internal capacity. 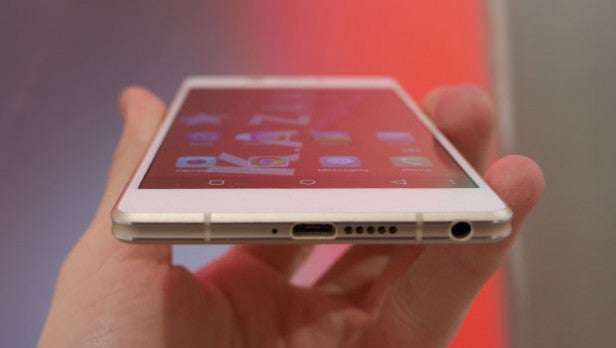 This being Kazam, the 552L’s features list doesn’t just extend to the device in your hand. As with all of the company’s smartphones, this handset is covered a three year warranty, Kazam Rescue – which is a phone fixing personal assistance service of sorts  – and cracked screen replacement. That’s right, if you crack the 552L’s display within the first year of use, it will be replaced without charge. I’m sure this will prove and invaluable service to many.

Finally, the 4G LTE capable 552L is serviced by a 2750mAh Lithium-Polymer battery. Locked into the device thanks to the lack of a removable back plate, it should be more than enough to see you cruise through the dreaded one day battery hump.

Although I’ve been unable to fully test the phone’s lifespan during my brief hands time, I have reason to be optimistic. We were impressed by the 348’s smaller 2050mAh battery and there is no reason to believe the 552L’s staying power will be any worse. Stay tuned for our full analysis in the final review. 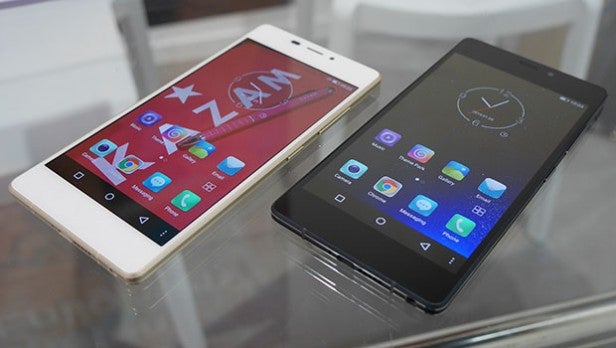 Still a little known player, the Tornado 552L could well be the handset to put Kazam on the smartphone map. With a stunning look and a powerful array of innards, I’ve been left impressed with this slimline handset. When the MWC show doors shut, I will be counting the days until the phone’s May release.