Everything you need to know about the Sony Xperia Z4

Despite having been formally unveiled, the Sony Xperia Z4 is a device still shrouded in mystery. Launched in Sony’s native Japan, plans for a broader Xperia Z4 release look unlikely, at least in its current guise.

With the wider world waiting with expectation for the eagerly-awaited LG G4 rival, the Z4 has shunned the western world, with the little improved Sony Xperia Z3+ taking its place.

Having long been tipped as one of the standard-setting flagships of this year’s smartphone race, the Sony Xperia Z4 was given a low-key introduction. Despite the lack of fanfare, the handset is being pitted against the recently introduced Samsung Galaxy S6 and HTC One M9 for smartphone supremacy.

Despite having been widely expected to adopt a QHD display, Sony has once again shunned the LG G3 and Samsung Galaxy Note 4 rivalling tech in favour of a more traditional 5.2-inch, 1080p Full HD panel.

Screen disappointments aside, the Sony Xperia Z4 features a number of small improvements over its predecessor. Having adopted a more powerful, 64-bit Snapdragon 810 processor, the handset has also been bestowed with a slimmer, 6.9mm form and a smaller battery.

Contradicting countless rumours, the Z4’s camera hasn’t been improved either. The phone has been bestowed with the same 20.7-megapixel sensor as the Z3. It had previously been suggested the phone would make use of the company’s new IMX230 camera sensor. Google’s latest Android 5.0 Lollipop OS powers the Z4 direct from the box.

We will continue to update this page with all the latest Sony Xperia
Z4 release date details, news, leaks and rumours as details emerge.
Bookmark it now to keep on top of all things Xperia Z4.

Looking for a new phone? Check out our flagship handset group test:

The Sony Xperia Z4 release date has already come to pass. Well, sort of. The phone is currently available in the company’s native Japan, with the wider world being given the cold shoulder.

Although there is currently no word as to when, or indeed if, the iterative update will make it to UK shores, given the Z4’s flagship status, we would be highly surprised if it failed to touch down internationally in the coming months – at least in some capacity.

Still, Sony is remaining tight-lipped as to exactly when the Xperia Z4 release date will be held. Given that the iPhone 6 rivalling Z3+ has just been debuted, further confusion now surrounds the device.

Sony’s desire to push new phones out before current models have had chance to fully hit their stride suggested that the Xperia Z4 would go global during the first half of the year. Now, however, a September, IFA-based international release is looking more likely. 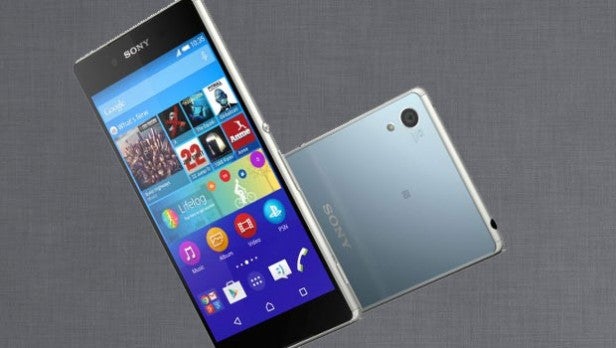 Further hinting that we could see it’s next flagship phone soon, Sony has also informed TrustedReviews that the handset might touch down a little later than last year’s model.

“Z4 is the next-generation of product that we’ll be announcing,” Tim Harrison, Sony’s Vice President of Global Communications and PR, told us recently.

Although failing to confirm exactly when the phone will be introduced, he told us to expect the Xperia Z4 to drop sooner rather than later.

“No, we haven’t [moved to a more traditional 12 month product cycle],” he told us. “As a general rule you will see some adjustment to the way we phase our products.”

Although having pushed its premature refreshes in the past, the Z4 could be Sony’s last attempt at a six month smartphone cycle.

Discussing the company’s rushed updates recently, MacDougall stated: “This might not necessarily be something we continue in the long term, but for now, in the beginning of the Z series, we believe we can bring experiences which are fresh and new and relevant, and justify for the consumer buying a new product.”

Despite the seeming inevitability of the Z4’s global arrival, it has been suggested that the device will remain exclusive to the company’s native land.

Instead, with the Z3+ now a thing of reality, a reworked, QHD display packing Z4 is expected later in the year.

We will continue to update this post as and when more concrete launch plans are revealed. 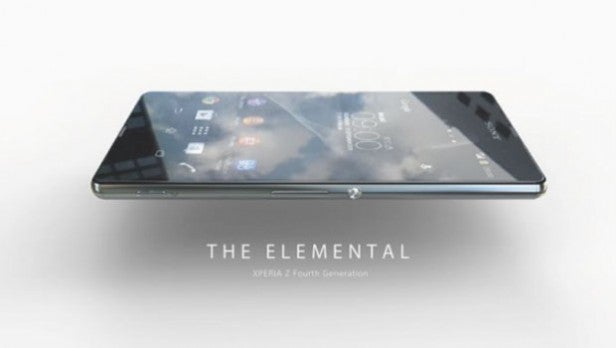 Sony needs its next smartphone to be a consumer hit. The Z3 gained critical acclaim but that didn’t stop Sony Mobile haemorrhaging money in 2014.

Recent financial earnings reports have seen the manufacturer forced to revise its smartphone sales forecast. Having previously predicted it would shift 43 million devices during the year, this figure has since been slashed to just 41m. Sony has claimed this drop is due to lack of presence in markets such as the US and China.

With longstanding head Kunimasa Suzuki having lost his job, former VP Hiroki Totoki has been promoted to head honcho.

According to early reports, however, the phone isn’t shaping up as a winner, with the world’s leading secret agent, James Bond, having reportedly turned his nose up at the device.

“BEYOND the $$ factor, there is, as you may know, a CREATIVE factor whereby Sam and Daniel don’t like the Sony phone for the film (the thinking, subjectively/objectively is that James Bond only uses the ‘best,’ and in their minds, the Sony phone is not the ‘best’),” the message read.

Adding to the company’s woes, a series of Xperia Z4 images were leaked via the high-profile Sony hack.

Bizarrely, the shots were not stolen from the design labs, but emailed between two high-level execs trying to hash out a product placement deal in the upcoming James Bond film, Spectre.

“Sony Mobile has now provided us with the needed visuals of the new Z4 phones,” Sony’s Executive Vice President of Consumer Marketing, George Leon, stated in the leaked emails.

Suggesting the Z4 could be backed up by an autumn spin-off, in the messages sent to Sony CEO Michael Lynton he added: “ I’m attaching the visual for you to see.”

Although offering no details on the phone’s specs, the leaked images suggested the second Z4 will pair a minimalist bezel with a 1.2mm glass boarder.

According to the leaks, the Z4 – which looks markedly similar to its predecessors – will be joined by a secondary, spin-off handset later in the year. It is expected this device, which will feature a slightly remodelled design, will act as a direct tie-in to the upcoming Bond flick. 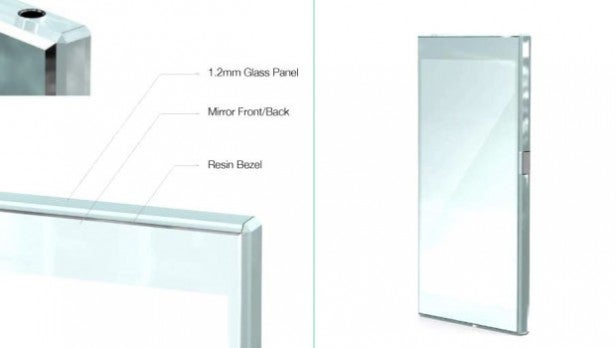 The Xperia Z4 might be Sony’s latest flagship, but it is not expected to lead the field on its own for long. A series spin-off devices have already been tipped for launch.

From the oversized Xperia Z4 Ultra to the pocketable Z4 Compact, the phone is expected to be just one of a new breed of devices from the Japanese manufacuter.

The company has already extended the Z4 family, with the iPad-rivalling Sony Xperia Z4 Tablet launching ahead of its smartphone sibling at MWC 2015. 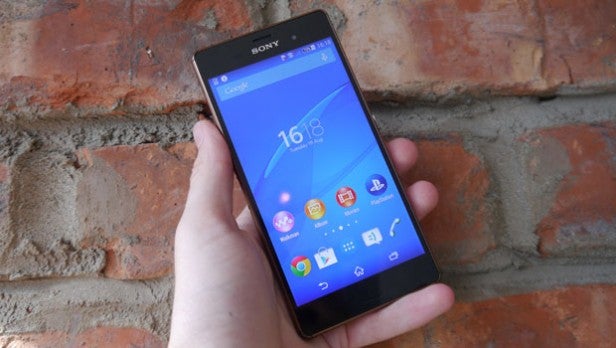 The Sony Xperia Z4 specs sheet sees the handset line up as a market-leading device. It’s not exactly a ground-breaking one, however.

Yes, the phone has added an improved processor, a slimmer body and new operating system, but there is little to separate the Z4 from the throng of high-profile Android handsets already on the market.

Visually, the Z4 looks almost identical to its past siblings. The
company’s Omnibalance design principles have been maintained, with a few
new twists thrown into the mix.

Larger stereo speakers and an
un-capped charging port are the only major design differences to a
device which otherwise appears to be a near carbon copy of its
predecessor. The phone’s front-facing camera has also switched locations
with the integrated light sensor, moving to the left of the face Sony
logo.

Again, like its predecessor, the Sony Xperia Z4 has shunned a QHD display in favour of a 5.2-inch, 1080p Full HD offering.

Although
a QHD panel would have seen Sony keep pace with latest industry trends,
it goes against recent comments made by the company. Addressing TrustedReviews,
MacDougall said the firm had overlooked a 2K panel as, not only would
it have a negative effect on battery life, but the visual benefits are
not there.

“If we think of this size of screen, even up to
8-inches, they are relatively small screens and it is very difficult for
the human eye to discern the difference between 2K and Full HD,” the
Xperia head told us.

He added: “If we believe that a key part
of the user experience for consumers is to have a longer term battery,
and if we believe we can deliver a great screen with Full HD and our
Sony technologies, for a consumer.”

With the Galaxy S6
having now adopted a QHD panel of its own, it appears Sony can only
avoid the move for so long. Early Xperia Z5 rumours have pegged a 2K
display as making an appearance.

As with the phone’s visuals, the Z4’s imaging abilities haven’t been dramatically updated either.

Like
on the Z3, the Sony Xperia Z4 features a 20.7-megapixel primary camera.
This impressive, f/2.0 snapper snapper benefits from the company’s
Exmor RS and Bionz image processing credentials.

Up front a
5.1-megapixel selfie shooter makes the cut, with the 25mm wide-angle
lens hosting camera boasting its own image stabilisation abilities.

The first
CMOS sensor to be built for smartphones, this sensor should take mobile
imaging closer to DSLR quality shots for the first time. 192-point
auto-focus detection is also on the cards alongside built-in image plane
phase detection.

In terms of power, the phone features Qualcomm’s latest 64-bit, octa-core Snapdragon 810 chipset. The bigLITTLE processor offers oodles of power, but has been the subject of serious overheating concerns since launch.

The is partnered with 3GB of RAM and 32GB of internal storage, expandable via microSD. Google’s latest Android 5.0 Lollipop OS is also present.

Other differences are a case of little and littler. The phone has been made thinner – just 6.9mm slim to be precise – while the battery has shrunk from a 3100mAh to a 2930mAh offering. 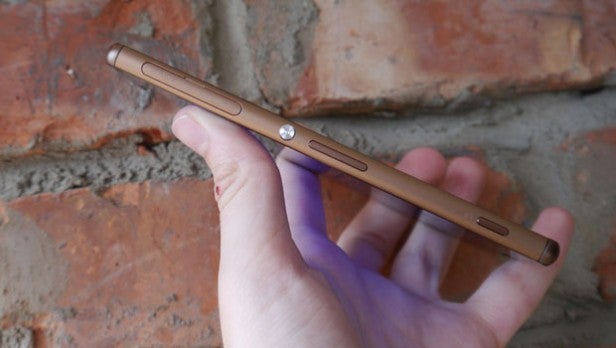 Given the phone’s array of high-end components, don’t expect the Xperia Z4 to be easy on your wallet. The Z3 launched in late 2014 with a £525 SIM-free price tag. As such, we don’t expect the Z4 will be any cheaper.

With the iPhone 6 Plus and Samsung Galaxy Note 4 both already costing wannabe owners northwards of £600, we wouldn’t be surprised to see the Z4 edge closer to this more costly milestone.

What would you like to see included on the Sony Xperia Z4? Share your thoughts via the comments section below.