The Asus Transformer Pad TF701 has a 10.1-inch screen just like every Transformer tablet. However, unlike early models in the range, its resolution is very high indeed.

With 2,560 x 1,600 pixels spread across 10.1 inches, its pixel density is 299ppi. That’s higher than the iPad 4 and upcoming iPad Air. Image sharpness is immaculate, giving text a crispness that’s much easier on the eye than former Transformer hybrids. 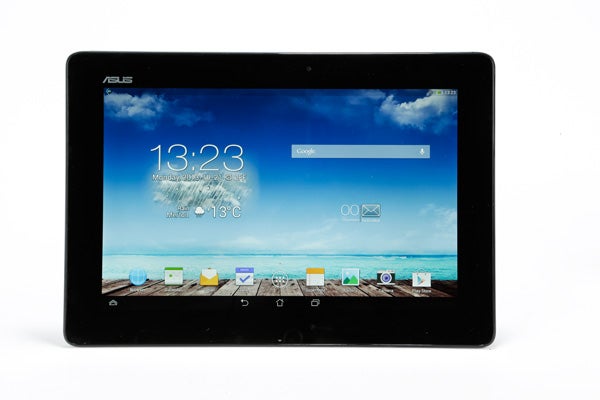 It’s not fundamentally different from other IPS screens in the way it works – it uses a backlight and RGB-based pixels – but it does have a super-bright mode designed or outdoors use. It’s significantly brighter than normal, but not recommended for normal use as it’ll eat through your battery in no time.

That extra brightness mode is needed because the Asus Transformer Pad TF701’s screen is highly reflective. Even at top brightness, reflections are a bit of an issue in strong sunlight.

There is an automatic brightness mode that uses a sensor on the front to determine the backlight level needed. However, its execution is a little clumsy – flicking up and down in obvious increments rather than doing so smoothly. 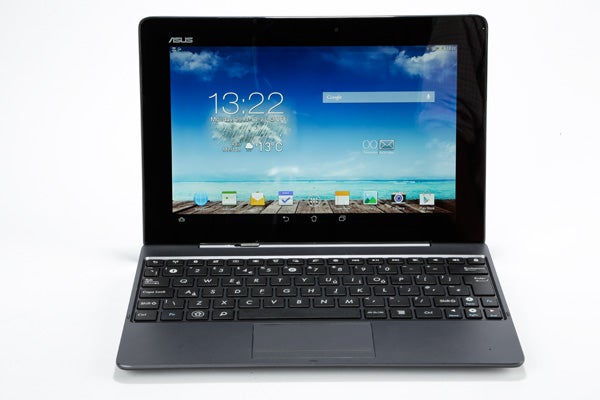 We also found that the colours of the tablet are ever-so-slightly muted by default – reds are slightly subdued. However, this is most likely deliberate as the Asus Transformer Pad TF701 gives you full control over the display’s character.

It’s through an app called Asus Splendid, seen in other Asus tablets including the cheapo Asus Memo Pad HD 7. You can choose how saturated you want colours to be, the colour temperature and even the hue. Go extreme with Asus Splendid and you can make the display black and white, or truly horrible-looking. But you can also make those reds a little more vivid if it looks better to your peepers.

This is a very strong screen, aside from those screen reflections. And it also implements IGZO tech too – a new-ish Sharp screen type designed to use less battery power. It helps provide the Transformer’s strong stamina, but more on that later.

The Asus Transformer Pad TF701 is an Android tablet, and it currently runs Android 4.2.2, one update away from the newest Android 4.3 version.

There is a custom interface at work here, but it’s not all that different from vanilla Android. The most obvious change is the arrow button in the shortcut bar that sticks around throughout the system.

It brings up a tray of utilities that can be used as widget overlays – you can run a bunch of them at once and resize them as you please. Here’s what’s on offer there:

Aside from the dictionary, video player and unit converter, we can’t imagine all that many times when these would come in handy. But they’re inoffensive extras.

The Asus Transformer Pad TF701 also has its own quick-launch bar. Hold a finger down on the Home button and a little circular gesture pad pops-up. This lets you access things like the browser, apps menu and a bunch of favourite apps very snappily.

It’s so low-key we imagine many won’t even realise it exists, but it is a handy way to get where you want quickly. 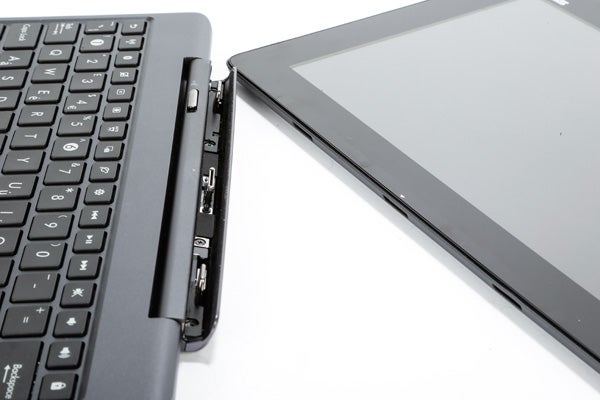 The Asus Transformer Pad TF701 is one of the first tablets we’ve seen to use the Tegra 4 processor. It’s the successor to the Tegra 3 chipset widely used in tablets of 2012, but this new one is somewhat less-used because it’s more expensive to implement than the Snapdragon varieties – so we’ve heard.

Performance is very good indeed, although the Transformer Pad doesn’t have the smoothest, most glitch-free implementation of Android we’ve ever seen. There are some occasional, minor jaggedy moments in screen transitions and there’s an irritating pause before the tablet comes out of standby that’s been an issue with some previous Asus tablets, but otherwise this is a super-fast tablet. 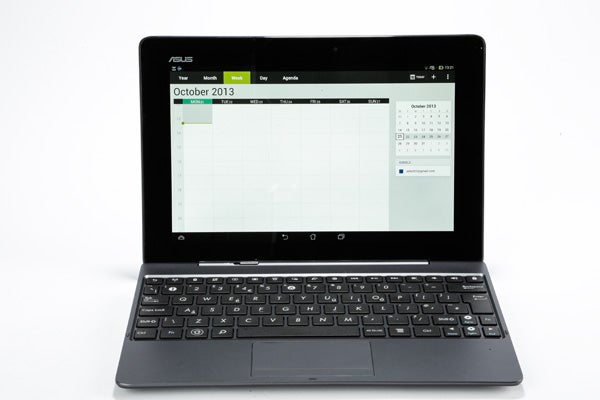 In benchmarks it performs at the same level as the Snapdragon 800 chipset – currently the favourite for top-end Android phones.

In the Geekbench test it scores 2,894 points, against the 2,797 achieved by the Snapdragon 800-powered Sony Xperia Z1 phone (/small tablet). In 3DMark, a test of gaming-like 3D powers, the Tegra 4 also performs at similar level to the Snapdragon 800, scoring 15,492 points to the Xperia Z1’s 17,256. You might have expected more from the Tegra 4 chipset given its impressive sounding ’72-core’ GPU, but it’s really just a good, solid high-end chipset.

Nvidia does a reasonable job of showing off the Tegra 4’s powers, though. Tegra Zone comes pre-installed on the Transformer Pad, and it’s a portal that highlights the games that have been optimsied for the Tegra processors. It ends up directing you to the standard Google Play app store, but is a neat way to avoid having to laboriously trawl through the main Android app store’s shelves.

Tegra 4 easily has enough power to handle all of Android’s top-end 3D games, although far from all of them have been optimised for the top-end hardware of the Transformer Pad. For example, the ‘jaggies’ in Real Racing 3 show that the game doesn’t run at the full 2,560 x 1,600 resolution of the tablet. It plays like a dream, though. 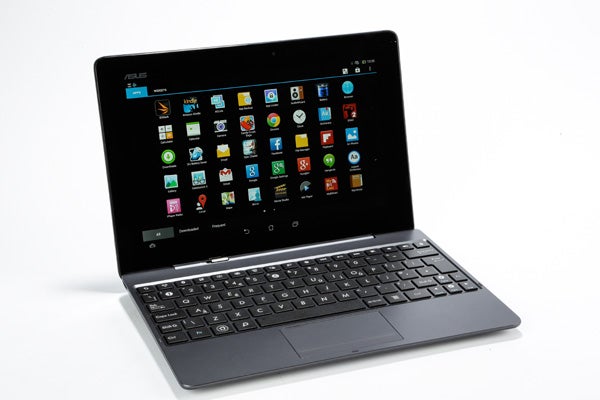 A trip to Tegra Zone shows you what a Tegra 4-level processor gets you – namely things like more advanced lighting effects, more complicated textures, improved shadows and more ‘particle’ effects.

These effects can feel a little tacked on at times – let’s not forget that mobile games are not made with $200 million-plus budgets like GTA 5. Still, there are some gorgeous games out there. Although we imagine most of you will spend more time playing casual games than Tegra 4-straining 3D action titles.

When put under pressure, the Asus Transformer Pad naturally gets a little warm, but Asus does its best to keep it away from your fingers. The top-left of the tablet’s rear seems to take most of the heat hit, far away from where your fingers naturally rest when holding the tablet in landscape orientation.