Are you looking for the: Sony Xperia Z2?

What is the Sony Xperia Z1?

Previously going by the codename Honami, the Sony Xperia Z1 is the follow up to the waterproof Sony Xperia Z smartphone launched last year and is the big brother of the more recently released Xperia Z1 Compact.

Hoping to provide some stiff competition for the iPhone 5S, the Samsung Galaxy S4 and HTC One,
Sony is ramping up the camera credentials of the Xperia Z1 by adding a
20.7-megapixel camera sensor. Sony also announced the Wi-Fi and
Bluetooth supported QX10 and QX100 lens accessories to turn give the Z1 even greater snapping prowess.

The
Xperia Z1 also makes some welcome design changes and adds a 2.2GHz
quad-core Snapdragon processor making it one of the most powerful phones
around.

It improves on an already great smartphone and has the new features to keep it fighting for the title of best Android phone. 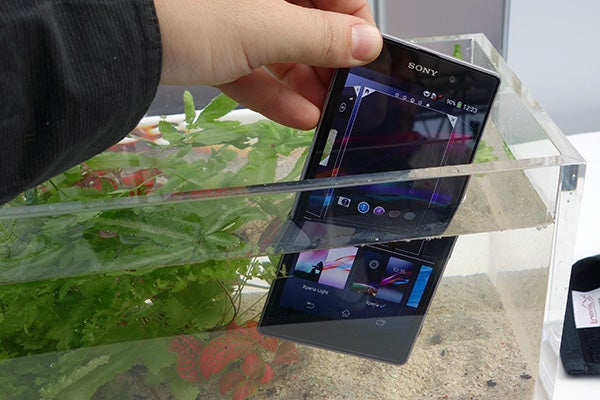 Put
the Sony Xperia Z1 side-by-side with the Xperia Z, and there are some
minor, yet crucial, differences between the two Sony smartphones. The Z1
features the same glass front and back but now uses a two tone
aluminium frame to join the two together.

Some changes have been made to the
positioning of ports and connections protected by those flimsy plastic
latches. The headphone jack up top is no longer covered by one of those
little latches. The wireless charging port, microSD, micro USB ports
remain on the left side of the body. 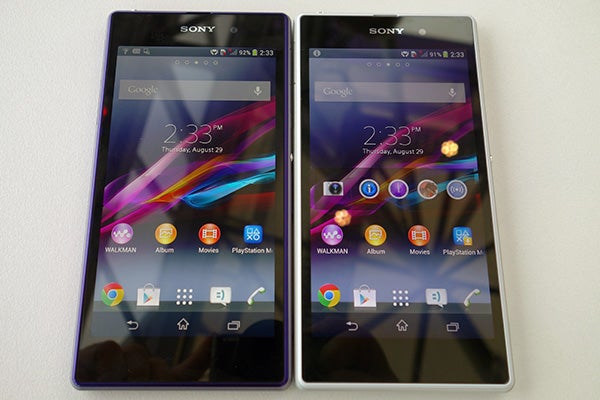 Over on the right, the microSIM
slot, smaller on/off button and volume rocker are now joined by a
dedicated camera button. There’s a speaker grill on the bottom of the
phone, while one of the corners has a hole drilled through it for the
addition of a wrist strap.
The good news is that with the flaps
all closed the Xperia Z1 is dust-proof is water resistant with a IP58
certification. This means it can survive being fully submerged in more
than 1m of water for more than 30 minutes. The addition of the camera
button means you can now take photos and shoot video under water.
Despite
the overall jump in dimensions, the Sony Xperia Z1 feels much nicer to
hold than the Z. The corners are curvier and slightly more pronounced.
It seems like a small change, but it makes a world of difference. This
is a still a big phone, but there’s no doubting the Z1 is a more elegant
5-inch smartphone than the Galaxy S4.

Sony
has kept faith with the full HD 1080
resolution 5-inch capacitive screen. Tapping into the technology from its Bravia TV range the Xperia Z1
now benefits from Triluminos and X-Reality support. You can switch off
the X-Reality for mobile feature which should help conserve battery
life. 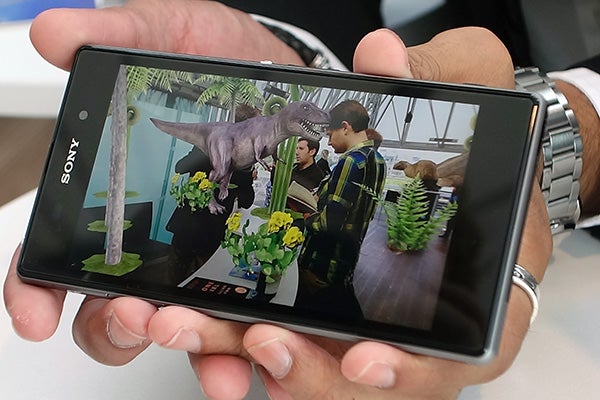 The
aim of packing the Sony TV tech in to the Z1 is to produce sharper
images and more accurate colour reproduction. Like the Z, the Z1 also
features a scratch-proof screen protector covering the entire front of
the phone.

With 441ppi and 16 million colour
contrast ratio images are well-detailed, the Xperia Z1
makes the most of the 1920 x 1080p high resolution display. It does lack
the colour depth and top level brightness you get on the S4 but it is
still a great place to watch full HD content and play games on.
The
screen protector has its advantages and disadvantages. On the plus
side, it will help defend the display against keys and loose change, although it does scuff quite easily. The
down side is that it does have an impact on viewing angles,
particularly from acute viewing points. Video can look washed out and
dull. It doesn’t drastically ruin the viewing experience, but the most
eagle eyed will notice it.

The Z1 screen supports 10-finger
multi-touch and for getting around the homescreens, pinching and zooming
images, browsing the web and typing on the keyboard, it’s offers a good
response all round.