What is the Asus MeMO Pad HD 7?

The Asus MeMO Pad HD 7 is a 7-inch Android tablet whose aims are very similar to the Nexus 7’s – it’s a versatile, portable and affordable tablet. But at £129 it’s a good deal cheaper than the new Nexus 7. And while there are clear compromises involved, it’s one of the very few sub-£150 tablets we recommend.

Got more money to spend? Head to our best Android tablets for your options.

Want to see the MeMO Pad HD 7 in the flesh? Check out our video review below.

The most obvious element that has been kept simple in the Asus MeMO Pad HD 7 is its hardware design. You’re not going to be bowled-over by its look or feel. 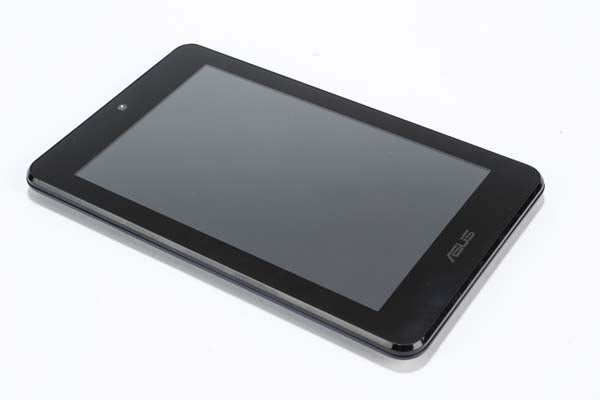 To give it a more high street-friendly look, the tablet comes in a bunch of colours – none black – including dark blue, green, pink and white, but otherwise the tablet keeps things basic. The back is curvy plastic, where the first Nexus 7 had an almost leather-like textured rear and the £50 more expensive Asus Fonepad uses metal.

The Asus MeMO Pad HD 7 is also not super skinny. At 10.8mm thick, there’s a reassuring amount to grab onto here, although with a weight of just over 300g, it’s easily light enough to hold one-handed comfortably for a while.

This will become a theme of the review – the Asus MeMO Pad HD 7 isn’t flash, but using it is mostly a joy. 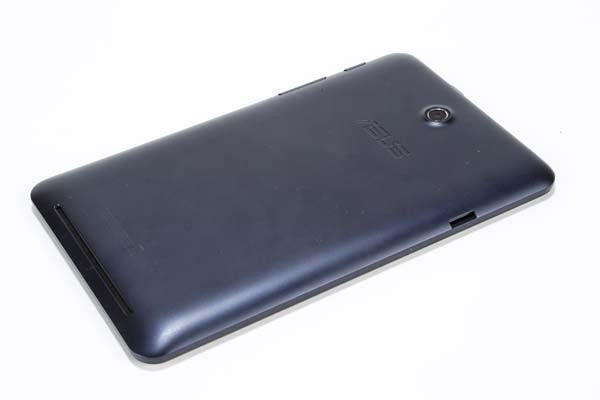 Looks-wise, it’s similar to the first-generation Nexus 7, with a pretty generous expanse of screen bezel to each side of the display and the tablet-standard innocuous black front. In a couple of ways, the Asus MeMO Pad HD 7 is quite different from the Nexus 7, though. The most significant exterior one is that it has a microSD memory slot on the left edge.

You get a reasonable 16GB of storage, 11GB of which is accessible.
That’s pretty generous for a tablet this cheap. And if you want to carry
around a chunky movie or music collection, you can always slap in a
microSD memory card of up to 64GB extra memory – there’s an exposed
microSD slot on the tablet’s side. 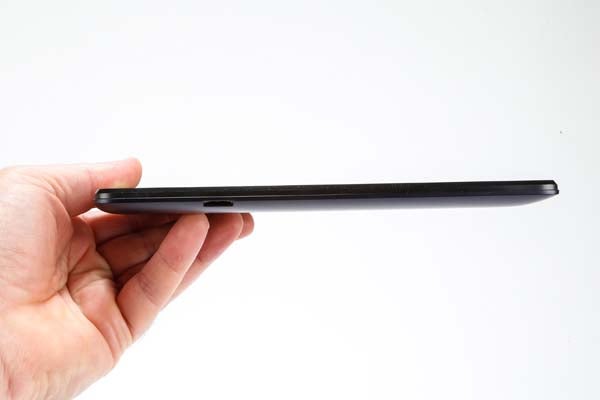 The name alone tells you a fair bit about the MeMO Pad HD 7’s screen. It’s seven inches across and has more pixels than the first 7-inch MeMO Pad.

However, calling it ‘HD’ might be considered a tad misleading. The Asus MeMO Pad HD 7 has a 1,280 x 800 pixel screen, on-par with the first-generation Nexus 7. Google’s second 7-inch Nexus tablet has a 1080p display, giving it much more credibility as an ‘HD’ gadget. This is one of the main reasons this new Asus tablet has managed to sell for £70 less than the new Nexus 7 – read our Nexus 7 2 vs Nexus 7 comparison to see how the two differ.

It’s a compromise, but this is undoubtedly one of the best tablet screens you get at the price – Asus shows us how things should be done here. It uses an IPS panel, which supplies much better viewing angles and better colour than many ultra-budget tablets.

Black level and colour reproduction have been significantly improved over the first-generation Nexus 7. According to Asus, the panel comes from a different supplier this time around, and there’s no contrast-limiting (but battery-improving) Nvidia Prism imaging engine to stymie the vividness of images. The screen image is altogether much more satisfying. 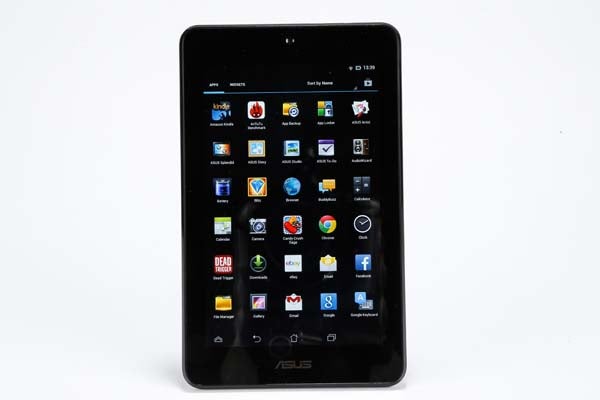 The 215ppi screen isn’t pixel-rich enough to create ultra-smooth Retina-style effect of something like the New Nexus 7 or iPad with Retina display, but text and images are nevertheless fairly sharp. At the price, we’re impressed.

What the Asus MeMO Pad HD 7 doesn’t have, though, is a decent anti-reflective screen coating. Consequently, it doesn’t fare too well outside. You’ll need to set the brightness to maximum for the screen to be anything approaching comfortable to view. Top brightness is good for a tablet this cheap, though.

One very neat Asus-specific feature of the MeMO Pad HD 7’s screen is provided by a little app called Asus Splendid. The name may be silly, but its functionality is great. It lets you change either colour temperature or the screen’s hue and saturation. You can even turn it into a black and white tablet.

Generally, a manufacturer’s apps can generally be replaced easily with choices from the Google Play app store, but you’d need to root your tablet to get the sort of control Asus Splendid gives you.