What is the Asus Transformer Pad TF701?

The  Asus Transformer Pad TF701 is an Android tablet that turns into a laptop-like device thanks to a clever keyboard base. And it’s much like the last Asus Transformer tablet we looked at, the Transformer Pad Infinity. The design is starting to look a wee bit dated, but some healthy techy upgrades will please those who are already fans of the series. 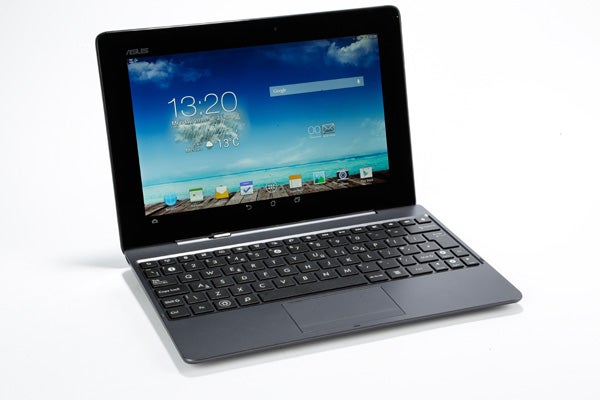 Like all the other Transformer tablets, the Asus Transformer Pad TF701 package comes in two bits. There’s the tablet and the keyboard dock. One clips into the other to turn the thing into an Android-powered netbook of sorts.

First off, let’s start with the tablet part. Like other high-end Asus Ultrabooks and tablets, the Asus Transformer Pad TF701 has a snazzy brushed aluminium back, textured in concentric circles for a striking look. 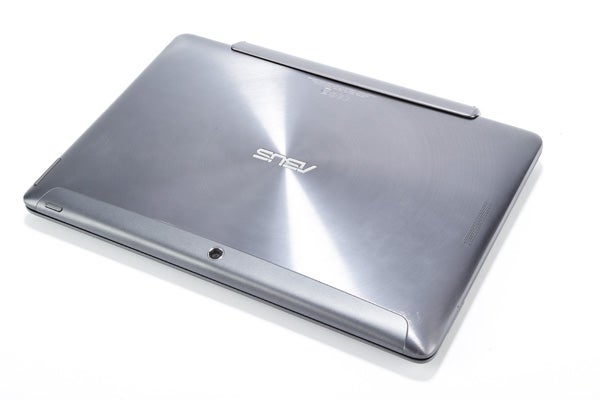 Almost the entire back of the tablet is made of this aluminium, aside from the plastic cut-out where the camera lens sits. When Asus started using this, rather than using a full metal jacket, it seemed a bit of a cop-out. But there’s a very good explanation for it.

A full metal back is not good for wireless antennas, and can cause reception issues for things like Wi-Fi, Bluetooth, GPS and mobile internet. The Transformer Prime suffered from these issues. In our experience, the Transformer Pad TF701 does not – its antennas sit under the plastic cut-out.

Asus has improved the look of this cut-out since it was used in the Pad Infinity too – it’s no longer full-length, and is a bit more stylish-looking.

The Transformer look hasn’t really changed much in the past two years, though, and it is starting to age. The Asus Transformer Pad TF701’s screen bezel is super-chunky and the lack of any attempt to cover any ports looks a bit stuffy next to something like the Sony Xperia Tablet Z.

At 583g, weight hasn’t improved much either. We still think the tablet
on its own is a bit too heavy to use in one hand, making it only
semi-portable. This is the ‘standard’ weight for tablets of this size,
though. 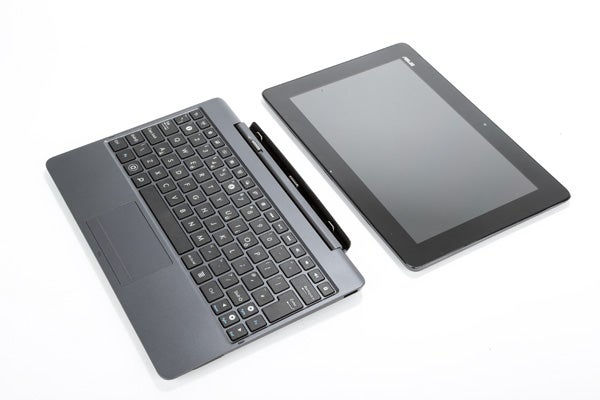 There is a reason for this lack of design innovation other than that Asus clearly thinks it has found a good blueprint – the Asus Transformer Pad TF701 needs to allow space for the keyboard.

The keyboard module uses a full Qwerty keyboard with keys just shy of those you’d find on a desktop keyboard, size-wise. The idea is that it more-or-less turns the Asus Transformer Pad TF701 into a small laptop. 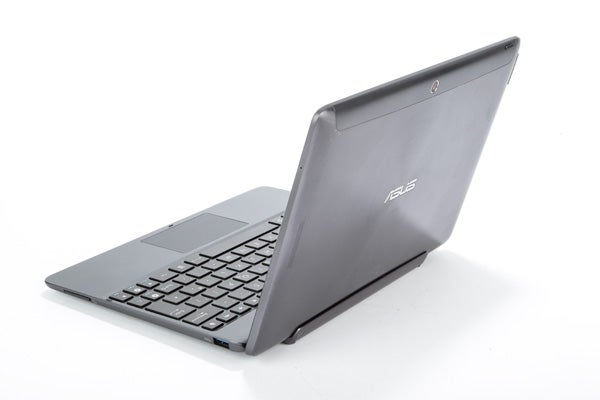 The clever hinge is the key part of this. It’s metal, it’s chunky, it’s strong and it lets you hold the tablet part at any standard laptop angle. When the first Transformer came out in early 2012, we were seriously impressed. But since then a few rivals have nicked the idea, including the Samsung Ativ Smart PC.

It works well, and typing on a desk is far quicker than with a touchscreen. Key action is shallow but firm and crisp, and you have control over a number of tablet functions as well as pure typing on the keyboard – you can alter screen brightness, switch things like Wi-Fi on and off, and you can control music playback.

For that final injection of laptop feel, the keyboard also incorporates a trackpad. It’s small and made of plastic rather than the textured glass used in top-end laptops, but works reasonably well throughout given Android isn’t really designed for use with a cursor. 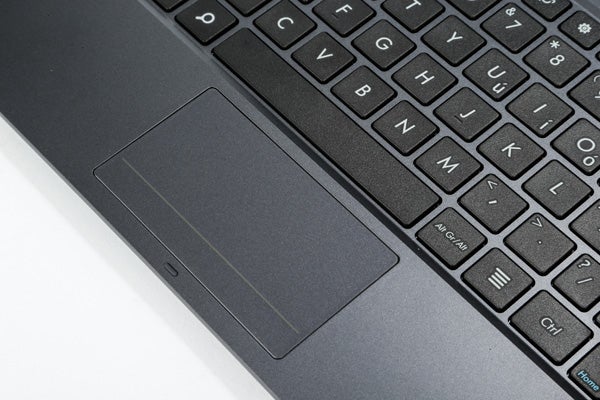 We did find the mouse buttons a bit lacking, though. They’re built into the mouse pad and there’s a giant dead zone in the middle that’s not signposted at all – it takes a bit of getting used to.

The keyboard also offers its own battery that charges the tablet’s unit – which we’ll get onto testing later – and adds a bunch of connections.

On the tablet part of the Asus Transformer Pad TF701 you get a microSD card slot, a microHDMI video output and the obligatory headphone jack. It doesn’t use a standard microUSB socket to transfer data or charge the battery, but a proprietary one that lives on the bottom by the hinge stabilisers.

The keyboard bit adds a full-size USB 3.0 port and a full-size SD card slot – handy if you want to plug in your own mouse or a favourite keyboard. 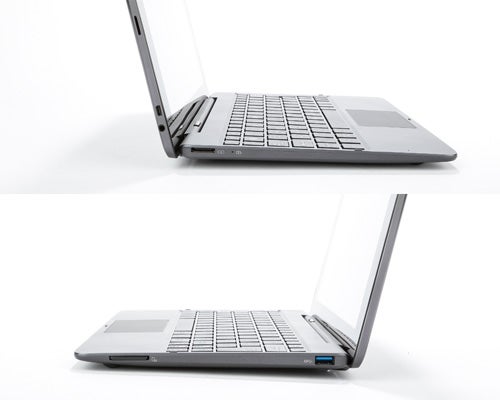 Although made of plastic rather than metal, the keyboard does add a fair bit of weight to the tablet. The whole bundle weighs 1.16kg – the weight of the lightest Ultrabooks, so it’s hardly a porker.

The Asus Transformer Pad TF701 is light enough to carry around in a bag all day, but there is a weight balancing issue here. Put it on your knees while seated and it will topple over unless you have the screen in a very upright position – you need to hold it in place with a hand or two.

This is one reason why the Microsoft Surface Pro 2 and its kickstand design is more practical in certain situations.