Real Racing 3 presents a mobile game that is graphically more akin to an Xbox 360 or PS3 title than most others, providing stunning visuals and fairly realistic handling. However, the third game in an already popular series, Real Racing 3 is the first to be offered as a free download, generating its income via freemium in-app purchases. Does the game’s constant money-begging negate any progress it makes in visuals, thus making the game entirely flawed? 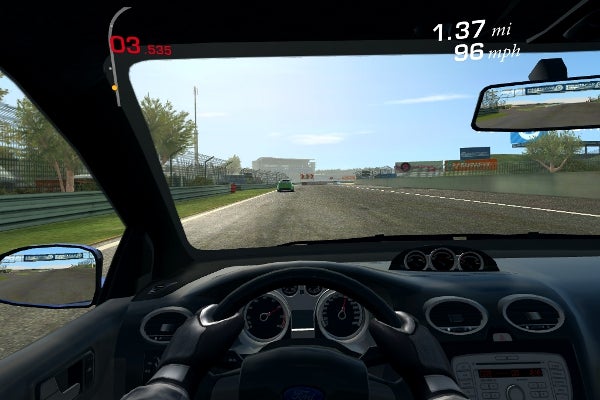 From the outset, Real Racing 3 is the most aesthetically pleasing of Firemint’s deservedly popular racing series. The game offers graphics more reminiscent of home than handheld consoles, which look very impressive on the small screens of mobile devices. It’s no wonder that this title is often used to show off the graphics capability of new handsets like the Sony Xperia Z.

EA has worked hard to increase the “real” aspect of Real Racing 3, now providing fully licensed cars to race on real-world tracks such as Silverstone or the Indianapolis Motor Speedway. Each car definitely feels like it handles differently too, and car repairs must be made too when necessary. The motion controls are great, with braking, steering and traction control modifiable in-game, allowing players to personalise their driving style. 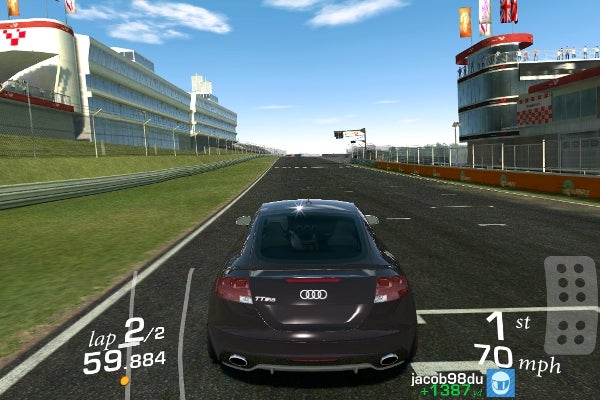 The handling is realistic and accessible, making Real Racing 3 settle comfortably somewhere between arcade and simulator.

Instead of AI racing rivals, the game implements a multiplayer system called “time shift”, which works by recording the laps made by other players to then overlay on the player’s current race. This means you’re always racing against real people, just not in real-time.

It also means that each race is different, because you’ll be competing against other players, but it can often present quite a steep learning curve as other players could have mismatched vehicles and leave you in their dust.

EA claims that there are over 900 events to complete within the game, but to access some of the cups available, you must purchase a specific vehicle. This is where Real Racing 3 begins to come adrift. Frustrating in-app purchases or frequent excruciatingly long waiting times are the two options for dedicated players. 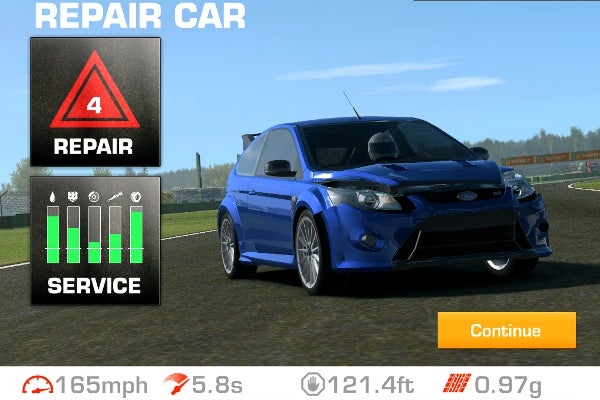 As the game works on the freemium mobile app model, players can earn two types of currency. The first is the main in-app currency called R$, which will allow you to make repairs to your current vehicle, buy car upgrades, service your car or buy a new set of wheels.

The latter three options will force you to wait whilst the relevant service is delivered. You can either wait for the actual time to elapse or choose to spend some of the game’s second currency – the golden helmet coins – to fast-forward the clock. These are not earned through completing races, but rather can be bought for actual money via the in-app Real Racing 3 store. 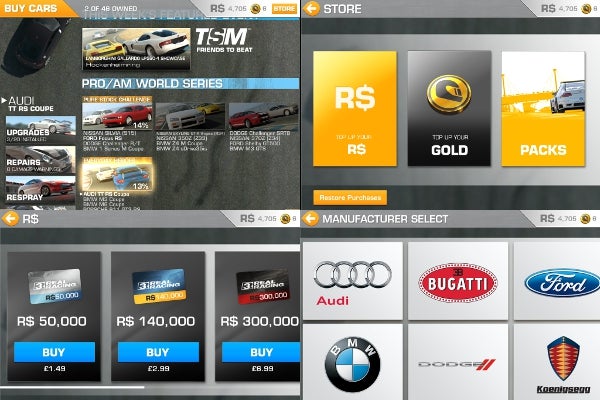 It’s certainly tempting to make an impulsive purchase (we’ve found our fingers hovering over the purchase button several times) as those waiting times really ruin the game’s pacing. The only way to combat these without spending any dosh is to have several cars on the go, which takes a lot of time-investment and race wins.

The minimum spend is £1.49 for 10 gold hemet coins or R$50,000, which doesn’t go very far, whilst the top end of the in-app purchases could see the truly addicted forking out £69.99. Players can also buy car packs, which can currently cost anywhere between £1.49 and £13.99, to unlock new vehicles and associated tracks. 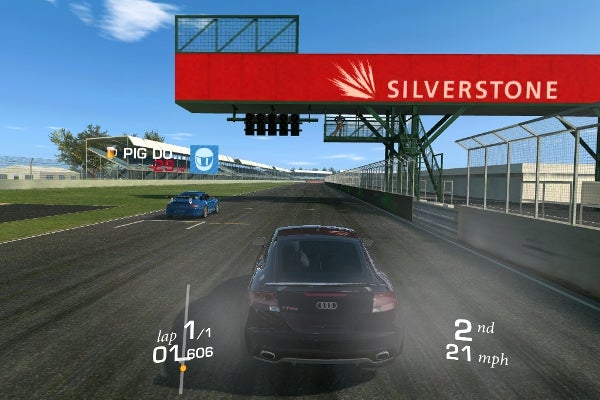 Therefore, to unlock the full potential of the game, players must spend money as well as being forced to suffer unnecessary wait times when they are doing well. The most irritating of these is the forced servicing that your car must undertake every couple of races.

Even if you are the best driver on the track, your oil, engine, brakes, suspension and tires all need servicing and changing every so often, which will enforce a wait at least 5 minutes long. While this may not seem that bad, when you’ve just got started and only have one vehicle, it is very frustrating. 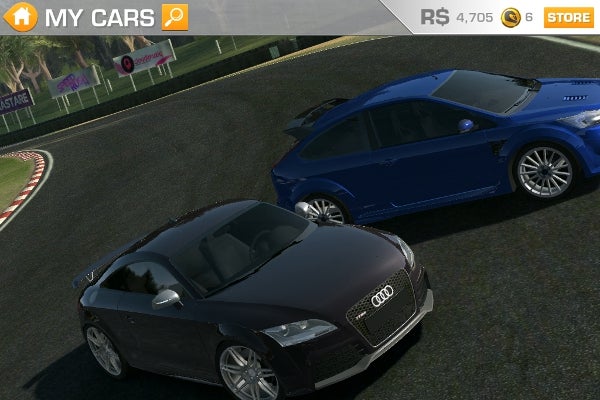 Thus, despite the freemium model working for other games, Real Racing 3 seems to use it to create a barrier between the player and a great racing game. It feels like it disrespects the gamer, especially when you need to spend more than the average newly-released AAA console title to unlock the full game.

There is a good game buried deep within the costly freemium content and punishing waiting times of Real Racing 3. There are plenty of free-to-play games that prove the freemium content model can work, but we constantly found that with Real Racing 3, we were left waiting for our cars to be repaired so that we could carry on playing as we were unwilling to constantly fork out for those golden helmet coins.

Freemium issues aside Real Racing 3 is still definitely worth playing, if for nothing else than the stunning visuals and great handling that makes it a triple-A mobile game. It’s just a shame the game couldn’t have been offered for a one-off price and then cut down on the amount of in-app fees.