Lifeless Planet, PVZ: Garden Warfare and Watch Dogs are pretty decent games – all of which are probably lying in a cut-out bin ahead of Christmas

Ask any discerning gamer and they’ll probably tell you that 2014 has been a rather uninspiring year in terms of the games that have been released. Sure, a lot of blockbusters have sold by the truckload and it’s not like any major publisher or platform holder will be going bust any time soon.

However, 2014 has lacked that certain… something. The undeniably killer IP. That exclusive release that justified the price of a new gen console all on its own. That ‘look-to-the-stars’ moment that showed the world the next stage in gaming was about more than just the meticulous rendering of air particles or photo-realistic protagonists. Instead, what we all got was the consolidation of a holding pattern. The boosting of business models. It was a tad disappointing to say the least.

It’s perhaps this deflation of expectations that saw some games caught in the critics’ crossfire. Some games that wandered into a release window creaking under the weight of their own hype were given short shrift. 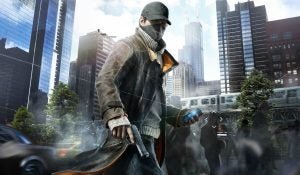 The first example that leaps to mind is Watch Dogs.

When it was first unveiled at E3 back in 2012, Ubisoft’s cyber-noir open-world thriller looked every bit the part of the (then) next generation’s potential fulfilled. But after numerous delays followed by news that the game’s visuals weren’t as advertised, Watch Dogs found itself on the sharp end of the media’s ire. When it finally saw release, a lot of reviewers greeted it with a resounding ‘meh’.

The Evil Within also fell victim to its own hype although not to the same extent as Watch Dogs. By the time the media were offered a hands-on with Shinji Mikami’s new survival horror game at E3 this year, the working knowledge on The Evil Within was that it was hardly going to compare to Mikami’s earlier work. On release many reviewers criticised it as, at worst lackluster, and at best Mikami reliving past glories. 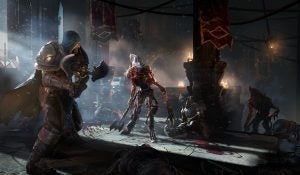 Lords of the Fallen

Strip away the disappointment on release however and The Evil Within and Watch Dogs have something in common – they’re actually rather good games. Neither will ever be able to lay claim to setting the world alight in terms of innovation, but they’re consistently fun to play nonetheless.

This is also true of Wolfenstein: The New Order, a thumping shooter that was flayed for its irreverent attitude towards the carnage of World War II; once again, this is an argument that has merit, but it doesn’t get in the way completely of players blasting through the Third Reich with an assortment of increasingly bizarre weapons. 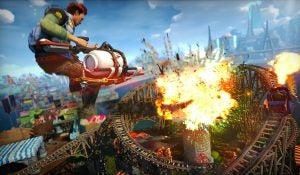 Elsewhere, some releases in 2015 were criticised for cutting and pasting popular mechanics and genres to earn a quick buck. Top among this pack is Sunset Overdrive, a game that’s positively carnivorous in its unashamed assimilation of influences. Elements from the likes of Bulletstorm, Crackdown, Jet Set Radio, Tony Hawk and Borderlands were all tossed into Sunset Overdrive’s jovial blender and while reviewers acknowledged it was appealing, they were rather guarded in their praise.

Lords of the Fallen was tagged as a Dark Souls clone (although one with an admittedly lower difficulty curve), Borderlands: The Pre-Sequel was slightly smacked for retreading Borderlands 2 in zero gravity and Hyrule Warriors was Legend of Zelda meets Dynasty Warriors, making it possibly the most head-scratching oddity in the AAA ballpark.

It’s also worth having a dig for those titles that received hardly any attention on release. Plants vs Zombies: Garden Warfare was hardly held up as essential at launch and any buzz around it pretty much dissipated in about a week beyond that. However, this is a game that successfully managed to accomplish what next year’s Splatoon is aiming at – to become baby’s first FPS – and at the time of this writing, Plants vs Zombies: Garden Warfare’s online lobbies are still very full. 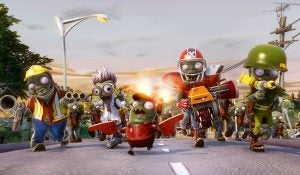 Then there were those that flew completely under the radar, like Lifeless Planet, an indie title in which players land on an alien world and explore their desolate surroundings, piecing together the narrative of a barren world. It’s a game driven by harsh beauty and intrigue, rather than addictive mechanics, but it occupies the same space that next year’s No Man’s Sky does and is well worth losing yourself in.

Every last one of those games is worth getting hold of, for the simple fact that they’re loads of fun – even if they’re hardly groundbreaking – and they’re a fair deal cheaper than they were on release. If you fancy stocking up on some decent titles for Christmas, it may be worth checking on Steam or in the cut-out bin of online and local retailers. You may find your Festive Season of gaming is cheaper than you think.

Read more: PS4 vs Xbox One