Available on Xbox One, PS4 (reviewed), Xbox 360, PS3, PC
The Evil Within isn’t everyone’s most anticipated title, but for the most ardent fans of Resident Evil it’s a massive deal. Bethesda’s horror game is directed by Shinji Mikami, who first created Resident Evil, then followed up with Resident Evil 2. After that he oversaw Resident Evil: Code Veronica, then transformed the troubled Resident Evil 4 into the masterpiece we know today. In short, this is the man who invented the modern survival horror game in 1996, then came back to reinvent it nine years later. Can he do it again another nine years on? 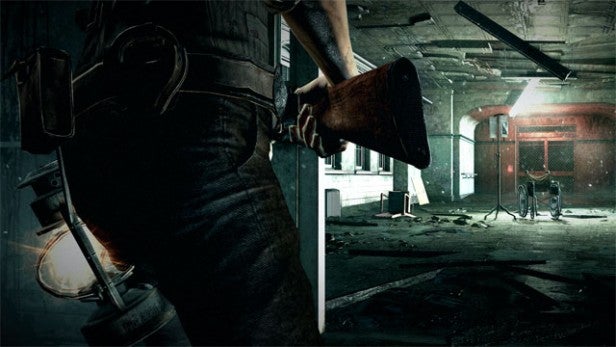 Well, fans expecting a continuation of Resident Evil 1 and 2 will get some of what they’re looking for in The Evil Within, but also quite a lot of stuff they might not expect. There are elements of the early Resident Evils in there, but also chunks that could have come straight from Resident Evil 4, and signs of more surprising influences, particularly Dark Souls, Sony’s Siren and Silent Hill.

Meanwhile, anyone hoping for a straightforward mix of puzzle solving, combat, investigation and exploration could also be in for a shock. In some ways, The Evil Within is looser and more experimental, shifting abruptly from one scene or setting to another like a vivid nightmare, and shifting tone and style just as quickly. In other ways, it’s worryingly generic, hitting beats and working set-pieces that you’ll have seen many, many times before.

At first the plot seems simple, and perhaps knowingly reminiscent of the opening of Resident Evil. Three cops answer a distress call at a lunatic asylum in the middle of a city, and find it’s been torn apart by dark forces. Separated from his colleagues, down-at-heel detective, Sebastian Castellanos, finds himself in a desperate battle to survive. We won’t tell you more for fear of spoiling The Evil Within’s many curveballs, but it soon becomes clear that not all is what it seems.

The action spans two distinct worlds, areas blur or warp suddenly from one to another, and the scenarios seem to reflect shifts in psychological state as much as any conventional chain of cause and effect.

Elsewhere the scenery is familiar. Here’s an eerie mansion from Resident Evil 1, there’s a spooky, zombie-haunted rural village straight from Resident Evil 4, now here’s a bit where you’ll be swamped by hordes of mutants, or attacked by some big, near-indestructible with a chainsaw. It’s not exactly original, but what worked then still works now.

The big idea with Resi 4 was to mix survival horror with action. Here it’s to mix survival horror action with stealth. You’ll spend a lot of time sneaking around in The Evil Within, trying your best to sneak past or behind enemies and dispatch them quietly with sneak attacks. You can spend hours in some chapters scoping out the area, investigating houses and doing your best to pull some weaponry together.

In the early stages of the game you’re pitifully weak, consigned to hiding under beds and in lockers in order to survive. Running away can be a good option, but Castellanos seems to suffer from some respiratory malady, to the point that after two or three seconds of sprinting he has to stop and take a few deep breaths.

The enemies, meanwhile, are not so weedy. Even your most basic rank-and-file zombie monster takes two shots to the head or more to the body to go down. Melee attacks aren’t so much a last ditch defence as an utter waste of time. Bigger boss enemies soak up damage like a luxury, super-sized sponge. The combination of our Seb’s all too human weakness and the toughness of the enemies can make for a fiendishly challenging proposition. 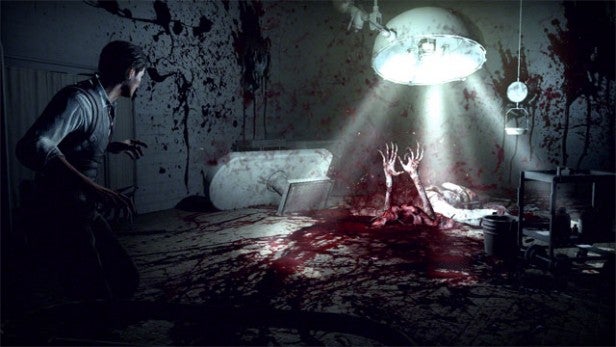 Up to a point, this is great. If The Evil Within succeeds in anything, it’s in making survival horror feel dark and threatening again. The insistence on a stealthy approach and the sheer hostility of its trap-packed, monster-infested world pulls the rug out from under you, much like the narrative and direction do with those sudden shifts of place and tone. Unfortunately, it also makes the game really frustrating at times. Checkpoints are unpredictable and placed few and far between. Save points – though brilliantly done in a way we won’t spoil – are even more sporadic. This can make The Evil Within, like Dark Souls, a bit of a gamble. Do you explore that next house or asylum corridor now, or do you sneak back to the last save point and ‘bank’ that save game while you can?

I’ll be honest. There are points at which I’ve hated The Evil Within. It can be terrible at giving you enough information to work with, and its attitude to ammo and monster numbers is a bit too ‘if you can’t take the heat…’ hardcore for comfort. Sure you can stealth-kill, while you can craft bolts for the game’s signature Agony Crossbow from scavenged trap parts, but sometimes it’s still not enough. At one point I spent ninety minutes sweeping an area, dealing with every threat and scavenging everything I could, only to realize that I hadn’t preserved enough resources to wipe out the end-of-level boss. At another point, I threw everything I had at the end of level boss, only to discover that this chapter had its own epilogue. This isn’t what I call fun.

Yet there are points where I’ve loved The Evil Within. It can be incredibly tense and incredibly scary. It tries a little too hard on the gratuitious gore front, but it occasionally times its shocks just right. A handful of the boss battles are amazing, and while the game’s drifts back to familiar scenarios – Resident Evil 4’s crowd-control battles, Resident Evil 1’s taut resource-starved exploration – inevitably result in deja-vu, that doesn’t mean they’re not entertaining. And as the game goes on, and you upgrade your character (again, we won’t spoil how) the frustration eases off a little. Just as you get better at playing it, The Evil Within gives you an easier ride.

Unfortunately, sporadically great isn’t quite good enough. The Evil Within’s unpredictability isn’t a problem, but the pacing is all over the place. For every chapter that there’s room to explore, there’s another that’s little more than walking through a ghost train with scattered fights. Puzzles are rare and barely memorable when they appear. 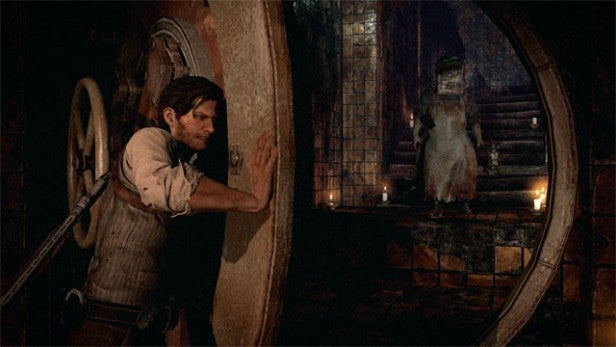 The big cut-scenes are dragged down by poor performances, bad writing and stilted facial animations. The graphics are superb when the team play to the strengths of the modified iD Tech5 engine, with exemplary use of light and colour to build a creepy atmosphere, but can be hideously patchy elsewhere. Performance and frame rates can be silky smooth over lengthy sequences, but absolutely wretched at other points – usually the points when you most need responsive controls.

Some of the design decisions are just bizarre. An axe or a torch can be a one-shot, one-kill weapon, but both disintegrate immediately on use. You’ll find weapons wielded by enemies or embedded in the scenery, but they can’t be picked up and used even though you’re empty-handed. Foes drop random items or ammo when killed, meaning it’s the luck of the draw whether you’ll get four much-needed bullets or none at all. And while enemy bodies will burn at a flick of a match – taking them out of the picture, sometimes even before they’ve stirred – those same bodies can’t be set alight with a touch of a flaming torch. 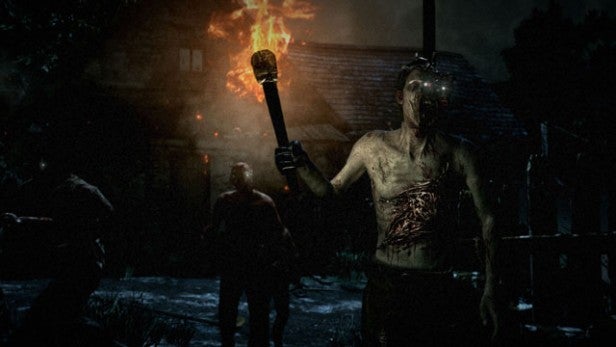 The end result is a game that’s frustrating on two counts: firstly because it can be a real chore to play, but secondly because you can see how with a little judicious editing here, a little oversight and criticism there, it could have been the best survival horror game since Dead Space 2. As it is, it comes just after Alien: Isolation – a game with its own share of minor irritants, but which works much better as an experience overall.

Verdict
The Evil Within is almost the game that Resident Evil fans have been waiting for, but almost still isn’t close enough. For all its great moments – moments where it’s genuinely terrifying and utterly compelling – there are too many sections where it’s unbearably frustrating, repetitive or held back by technical issues and poor, dated games design. It might win a cult following with hardcore fans of survival horror, but it’s just too sporadic in its brilliance to be anything more than another near-miss.