Whenever arguing who is the better player the first place to end the row is within FIFA 17‘s ranking system. The only way to know who is world’s best is by checking their in-game ratings, and seeing whether they’re in-form this week, right?

For players heading into career mode, it’s imporant to know which wonderkids to sign and how much you can get them for, and I imagine you’ll have some questions about where these players lie. Fear not, TrustedReviews has the answers.

This year there are four players that sit above the rest of their contemporaries. Each will likely be household names: Tottenham midfielder Dele Alli (20), Dortmund winger Ousmane Dembele (19), Man United forward Anthony Martial and Bayern dynamo Renato Sanches.

The quartet all have the potential to reach a 90 rating, with French speed merchant Dembele having the greatest room for growth of the lot, starting at 77 overall, while Martial is the strongest immediate signing at 82.

The beauty of these four is the fact that you could sign all of them, play them across your midfield, and utterly dominate your opponents. 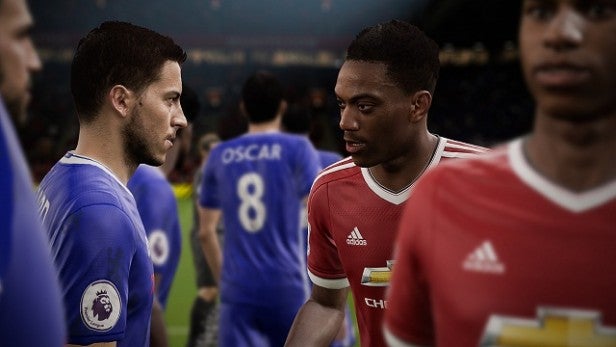 Elsewhere, the player with the most potential to grow – to a top level – is West Ham defender Reece Oxford. The 17-year-old starts the game rated at just 66, but could shoot up to 86.

Here, we reveal FIFA 17’s brightest young things – looking at the game’s pool of Under-21 players, and highlighting those with the most potential. 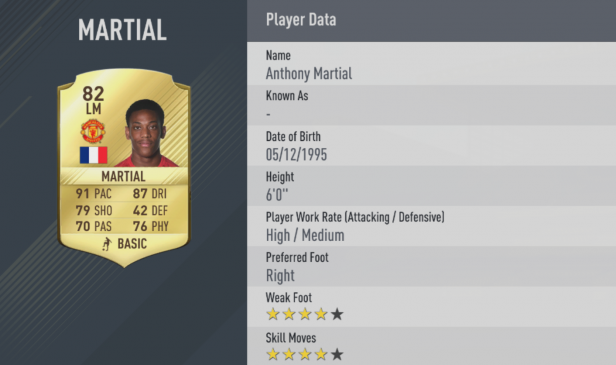 After his breakthrough season last year, Martial is well-known to most – who’ll be unsurprised to know that pace and dribbling are his greatest assets.

His shooting is decent and already better than team-mate Henrikh Mkhitaryan’s (77).

Martial’s knack of cutting inside from the left-flank onto his preferred right foot was a feature of Manchester United’s play last term, but his left peg ain’t bad either – four stars out of five, to be exact. 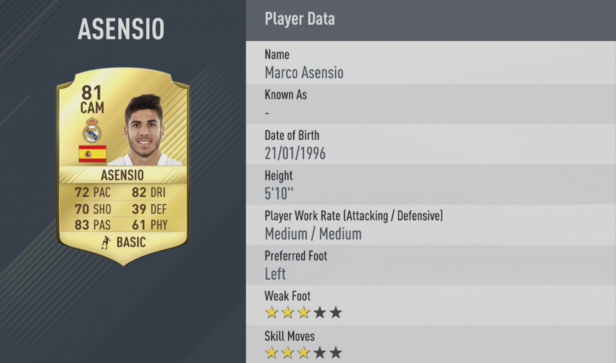 He might be restricted to cameo appearances under coach Zinedine Zidane in real life, but this trequartista could be running the game for you immediately.

His possession of the ball is already finely tuned, and his potential means that his attributes will sky-rocket as the game progresses.

This is a player to build your team’s attack around – just don’t expect too much defensively. 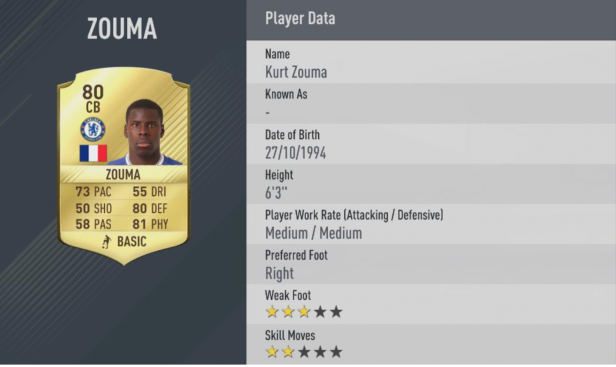 Zouma out-ranks Ateltico stopper Jose Gimenez by one point to win the title of best defensive prospect in the game.

Initially, his stats won’t strike you much beyond his defending and physicality attributes, but there’s huge scope for improvement – particularly in passing.

In many ways, Zouma’s is quite old school in his no-nonsense defending composition, but there’s certainly a sophisticated player that can be refined here. 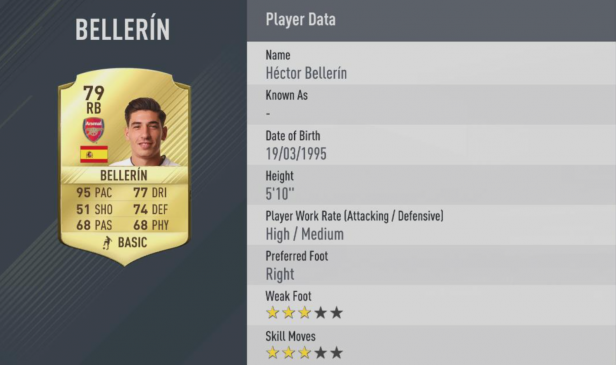 Much has been made of the fact that Bellerin is second only to Pierre-Emerick Aubameyang in terms of pace on FIFA 17, but that’s just the tip of the iceberg.

Along with Luke Shaw, he is the best young fullback in the game, and will offer a rare source of adventure in your defence as he bursts forward with speed and skill. 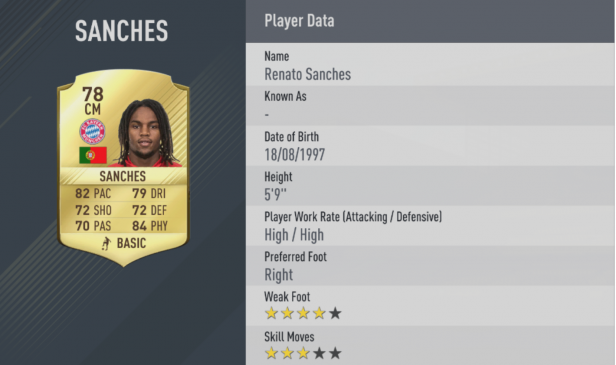 The mega-money midfielder who caught the eye as Portgual won Euro 2016 is an all-round gem who can do everything in the engine room of your midfield.

Physically, he’s pretty quick, but also very strong and offers high work-rate all over the pitch – while his defending and shooting are evenly balanced.

His dribbling is a feature of his play and, though his physical stats are the most advanced currently, his general technique will blossom as you nurture his game. 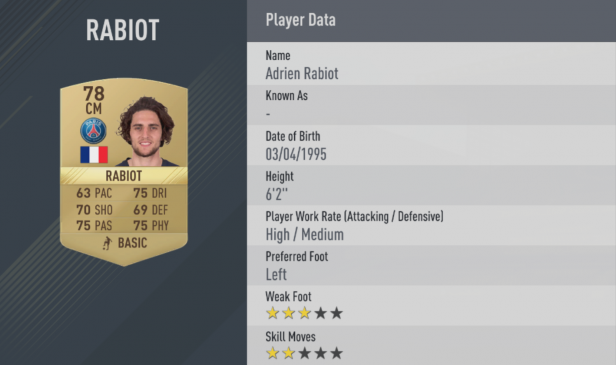 He might not quite match-up to the blockbuster attributes of Renato Sanches but, realistically, who is?

Rabiot is a talent that will go relatively under the radar in comparison, while still offering a very effective midfield option.

A well-rounded game is evidenced by his perfect balance of dribbling, passing and physicality, Rabiot is ranked seventh of PSG’s central midfielders and should, therefore, be relatively easy to attain. 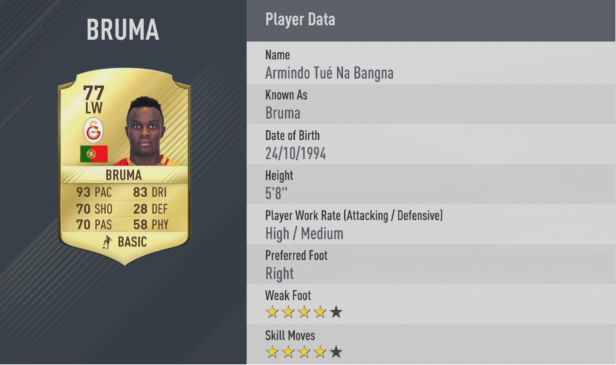 Small but mighty, Portuguese trickster Bruma is highly rated across Europe – and shouldn’t prove too tricky to pry away from the Turkish Super Lig.

Blessed with lightning quick pace, brilliant dribbling and very good passing and shooting stats at the start of Career Mode, this kid is special.

And he could become really, really special. Get him early. 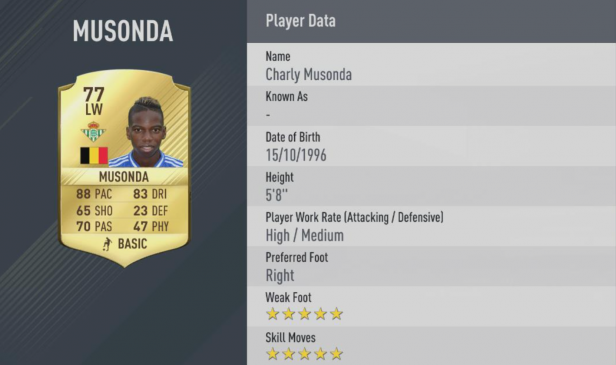 This kid can be really, really good – as an insight, his potential is the level of Paul Pogba, the most expensive player in history.

At Chelsea, he’s just one of a legion of loanees. In your team, he could become a superstar.

Not only that, he is an absolute baller – boasting five stars in both the Skill Moves and Weak Foot categories. 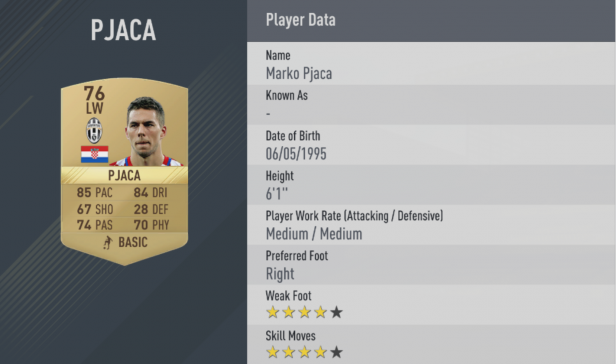 Another young talent well down the pecking order at a European giant, Pjaca is well worth rescuing.

The Croat winger is someone who can make an impact immediately, through his pace and dribbling ability, though you’ll want him to cut the ball back for someone else to finish off moves.

With such huge room for improvement, Pjaca is a budget friendly alternative to Martial. 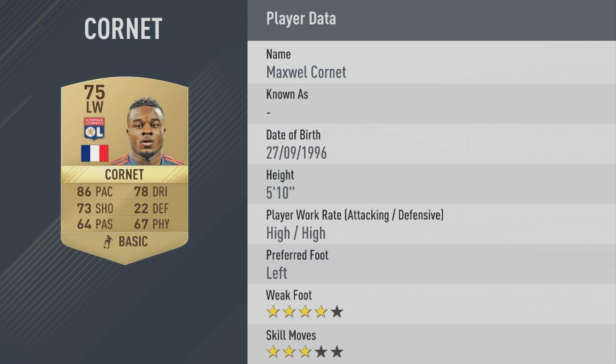 Another wing wizard who could develop rapidly, Cornet’s attributes will be music to the ears of managers who prefer balanced players.

Though he obviously excels with his pace and dribbling, Cornet also has decent shooting and physicality, while his passing isn’t far behind, either.

Plus his work rate is impressive, with his weak foot pretty tidy – it’s hard to pick holes in the young man’s overall game. And that will prove even more challenging as he progresses. 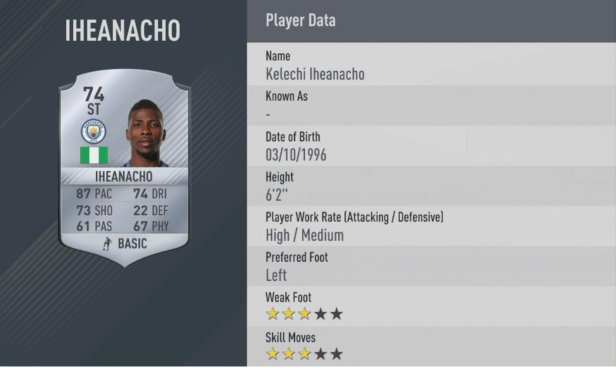 This young man might be in Sergio Aguero’s shadow at the Etihad, but has the ability to shine very brightly indeed on FIFA 17.

His lightning pace already makes him an asset, particularly off the bench when fresh legs can change games, while his decent attributes in shooting, dribbling and physicality make him a threat.

Would lead the line well for smaller clubs. 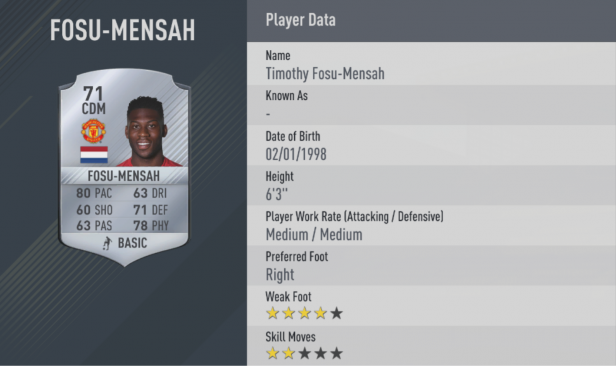 Sign this guy up. Seriously, he is one of the biggest improvers on FIFA 17 – and can go from hot prospect to first team mainstay very quickly.

As with many young players, his physical attributes lead the way at the minute, but that will lend itself to many gamers’ playing style, and the rest can follow.

In a United squad drowning with stars, Fosu-Mensah can get a bit lost. Go and find him.

Found any hidden gems we’ve missed? Let us know in the comments below!