Available for PS4 (version tested), Xbox One and PC

It’s the last race of the championship and I’m gunning down a dirt track, kicking up dust as my car sweeps around each turn. My co-driver is doing his best to keep me informed of what’s coming, but there are gaps where he hasn’t fully mapped out the course. I’m racing blind. Ahead of me is a steep drop, snaking downwards into a forest covered in a thick blanket of fog. It’s twisting and labyrinthine, and I can barely see a metre in front of the vehicle, but somehow I make it out the other side, back into the sunlight where the finish line awaits.

Dirt 4 isn’t about mastering tracks – it’s about reacting to every bend in the road while travelling at speed, teetering on the edge of control. At any time, a tiny bump in the road, a fence post, or a sheer drop can end your run.

Rally games are built around this thrill, with your co-driver barking out each upcoming turn as you gun down a mud track. Dirt 4 cranks it up a notch with the addition of random elements, including crashed AI opponents, hovering helicopters kicking up clouds of dust, or your co-driver fluffing their lines. In addition to all that, there are an infinite number of procedurally generated courses, so there’s always a new challenge waiting for you, even when you master the bespoke tracks spread across Career mode. 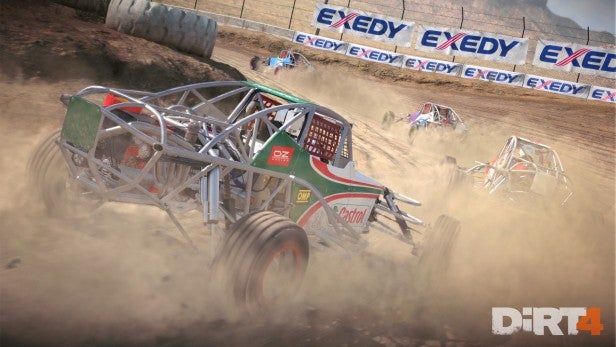 Dirt 4 is packed with content. Even if you simply play Career mode, you’ll be managing your facilities and team – recruiting engineers, PR staff and more – as well as securing sponsorship deals, plastering your fleet of vehicles in liveries and earning bonus cash. You’ll spend far too long in the branding suite, tweaking your team colours until they’re just the right shade of garish.

Once you’re done making your car ugly, there are four main event types to tackle: Rally, Land Rush, Rallycross, and Historic Rally. As you probably know, a Rally is a point-to-point race – the heart of the game – where you have to contend with multiple road surfaces in a sprint to the finish. Historic Rally is the similar, but with classic rally cars. Rallycross events are track-based races, where all competitors take to the road at the same time, fighting for dominance over short courses and multiple laps. Land Rush takes you to dirt tracks in buggies, trucks and crosskarts.

The Rally modes are by far the strongest of the bunch, while Land Rush is easily the weakest. Don’t even get me started on the twitchy crosskarts and their fondness for spinning out at the slightest provocation. Those races sometimes feel like they’re governed more by luck than skill, with the AI doing its best to shunt you off course and ruin your day. Luckily, there are only a handful of them. Codemasters clearly knows that pure Rally is Dirt 4’s soul. 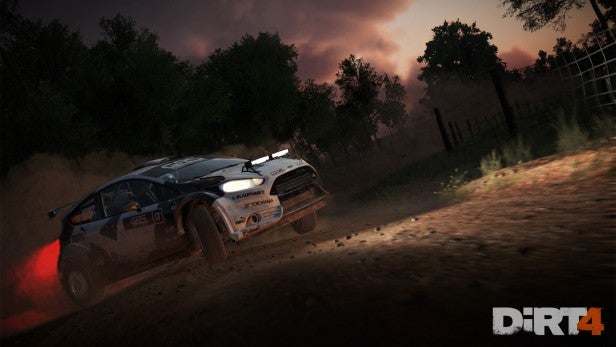 There are a few options for when you want a break from the tension, however. This next numbered entry into the rally series ditches the festival mood of the original trilogy. There’s no confetti in sight and Ken Block won’t be teaching you how to pull of a YouTube-worthy Gymkhana run, but you’ll still discover a couple of fun side distractions.

Dirt Academy provides that release here, letting you slide under trucks and sweep around tyre walls in free roam. You can also smash foam blocks in vehicular assault courses in Smash Attack, or pick up time tokens in make-shift courses in Time Attack. Each of these modes will let you showboat your technical driving skills.

However, the best thing about Dirt 4 is that your skill level doesn’t matter. If you bounced off Dirt Rally because of the racing sim’s brutal difficulty, you can switch the gameplay to ‘Racer’ difficulty in Dirt 4 and it becomes more forgiving. Rear-wheel drive cars will no longer feel like broken shopping trolleys, but there’s still enough challenge – with every bump and turn offering up its own dangers – that it’s remains fun.

If you do want to full sim experience, though, then that’s there too. There are even a bunch of settings in-between, so you’re as free to tune the difficulty as you are to tune your car, messing around with brake sensitivity, suspension, traction control and more. It’s the most complete rally game I’ve ever played.

Like I said earlier, there are infinite tracks. Freeplay allows you to set up procedurally generated championships, altering track complexity and length, changing elevation and technicality, before hitting a button and springing up an all-new challenge to tackle. Set the weather, set the time of day, and you’re off. You just need to choose between the five base countries: the red gravel of Australia, with its twisty forests and open farmland; the sun-soaked asphalt of Spain; snowy Sweden; the wet gravel of Wales, with its forest cut-throughs and rolling hills; or the more forgiving roads of Michigan, USA. 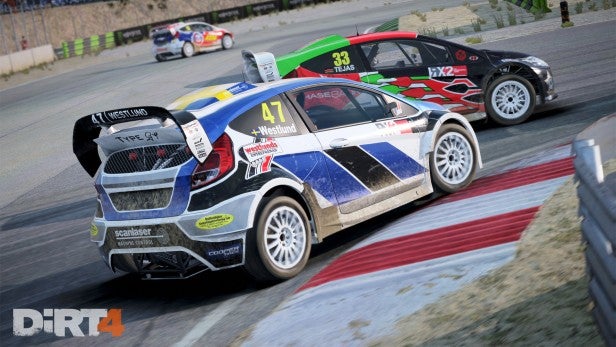 The only downside to all this content is that Dirt 4 makes lacks the beauty of titles such as Forza Horizon 3 or DriveClub. At times it looks a little plain, and some of that is surely down to the assets having to work with the algorithm. Visual fatigue does set in after a while.

While many modern racers attempt to deliver a visual showcase, Dirt 4 instead focuses on what’s going on under the bonnet. Every vehicle – except those damn crosskarts – feels incredible, as if you’re trying to tame some naughty mechanical beast. Each shunt deforms your car’s body, each lap cakes it in dirt, and you can see your driver’s head wobbling around as you drive over each bump. It’s super-convincing.

To top it off, you’re always trying a new car or facing an unknown challenge, so it still feels fresh – even after extended play. Dirt 4 proves that rally is at its best when you’re not quite sure what you’ll face around the next corner.