In football’s incredibly unpredictable world, FIFA’s regular yearly launch provides us with a nice bit of stability. But in the most odds-defying 12 months of football I can remember, can the latest update to the beautiful game’s most popular sim still stand tall against Konami’s fantastic PES 2017?

In many ways it’s a resounding yes, but FIFA and PES are now more different than ever, and that’s a good thing.

There are two huge changes to FIFA 17: the move to a brand-new engine, Frostbite, and the focus on a story lead ‘campaign’. 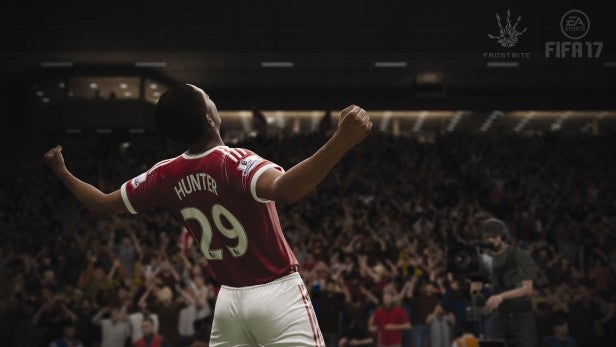 It sounds odd at first having a single-player campaign in a football game that isn’t completely about management, but it’s hardly something new. 2K has been at it for years with its MyCareer mode in the NBA series, with the mode becoming increasingly popular with each iteration. Spike Lee even directed last year’s version.

I too had misgivings about The Journey – FIFA 17’s name for the story mode – when EA first announced it. I instantly likened it to some crappy straight-to-TV football film, or the laughably bad but also quite entertaining Goal! movie series. In many ways it’s just like that, but I have to give props to EA (and BioWare who assisted with the story) for how well it’s been done.

The premise of The Journey is simple, and packed with cliché. You play as Alex Hunter, an up-and-coming ‘wonderkid’ and third-generation pro. We first meet Alex playing as a boy, on a muddy Clapham Common, before witnessing a vital trial that could make or break his career. It starts off slow, but it gets better. 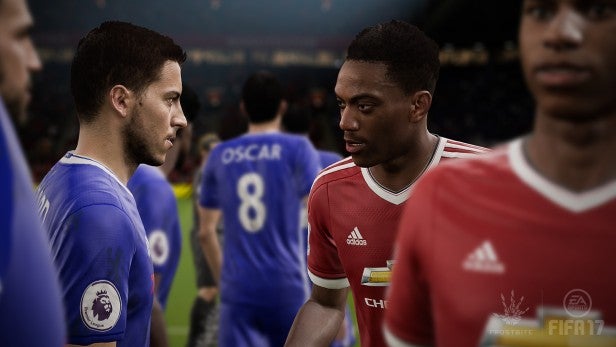 The mode is broken down into three distinct sections: games, training and cut-scenes. The games are self-explanatory, just typical FIFA matches with the odd tinker to make them fit into the story dynamic. You can either control the whole team or, like in Be A Pro, just control Alex.

The way you perform in the matches, and training, helps determine whether you’ll be on the bench or in the starting XI. But I get the impression that sometimes it makes no difference, and this is the mode’s downfall. In one game, I played – if you’ll pardon my arrogance – an absolute blinder and bagged a hat-trick, but my team lost. The cut-scene that followed was full of dejection and disappointment. Next week, I scored another hat-trick and my reward was to be sent out on loan.

There are reasons to stick with it, though. The mixed bag of characters are very well voiced, but follow the most obvious stereotypes. The doting mother, the busy-with-work dad, the gruffled flat-cap-wearing grandad and slightly seedy agent – they’re all present. But they work well, and the cut-scenes are nicely done and look fantastic. 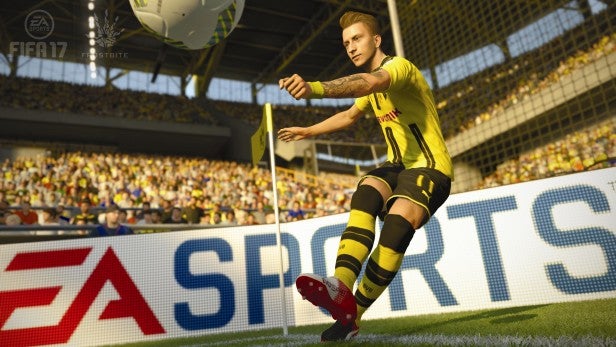 At the most basic point, The Journey is simply a career mode with some fancy acting and a simple story. That’s far from a bad thing, though.

The Journey is just one of the many modes in FIFA 17, but there hasn’t been that much added to the others. Ultimate Team is still as addictive as ever, and the career mode is fun if you have plenty of time to put into it.

Of course, the sticking point for any football game is gameplay. For FIFA 17, EA has switched engines to Frostbite and while this could have signalled huge change on the pitch, it doesn’t.

If you’re familiar with the slow pace, defensive focus and intricate button combos of FIFA 16, you’ll feel right at home with 17. If you’re coming from PES, then things might feel a bit complicated. In PES 2017, things happen naturally. The game cleverly knows if you’re trying to dink the ball over the top of defenders with the outside of your foot. In FIFA, you have to do all this for yourself.

It can be frustrating at times, especially when you think your player is going to curl the ball into the top corner and he instead smashes it over the bar, but there’s nothing more satisfying than successfully finessing a long-range shot and have it nestle in the corner of the net. 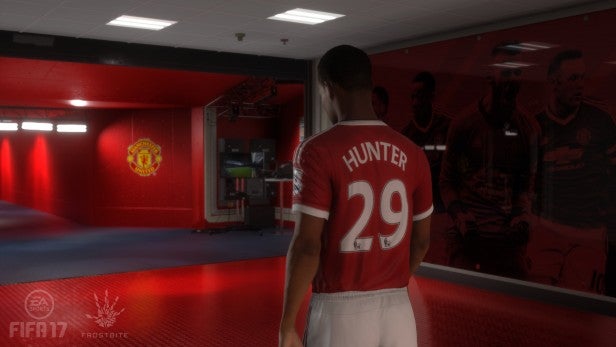 Play is more physical this time around, with naturally stronger players now far more commanding. It makes things much more realistic, but you’ll have to get used to getting knocked off the ball a lot more than in previous versions of FIFA.

The use of Frostbite does rack up the number of animations, and this makes a visible difference. Players will force a header downwards, curl a free-kick or twist their body to spray a ball downfield. These don’t make a whole load of difference to overall gameplay, but they help things flow, and look, better.

One change I’m not so keen on is the set-piece system. Again, there’s a load of new button combos to learn and corners and free-kicks are overly complicated. I often ballooned corners into the box and got increasingly frustrated.

Penalties are a different story, and I actually much prefer the changes there. You can alter your run-up and there’s much more control. It takes some getting used to, though. 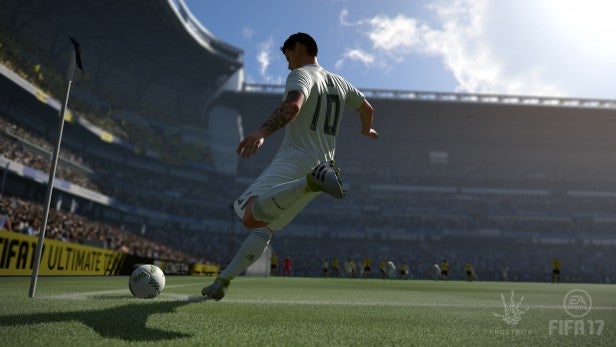 Some familiar FIFA annoyances rear their ugly head again – notably the pesky referees. Penalties are given for the slightest touch in the box, and yellow (and red) cards are handed out seemingly for challenges that shouldn’t even warrant a stop in play.

Online play is as important as anything in a football game, and my experience so far has been steady. Games start quickly, it finds opponents well and the matches themselves run without lag. This changes if you’re playing against an opponent with a poor connection, but then that’s to be expected.

FIFA 17 is another strong entry in the iconic series, and one that looks to lay the groundwork for future titles by switching to a new engine. The hyper-realistic graphics are great, with facial expressions finally helping players look more than mannequins.

The story mode is fun, if slightly cliched, and you can simply ignore it if it’s not for you, while Ultimate Team is still as addictive as ever.

The slow-paced gameplay and numerous button combinations might irk some people, but get used to it and it’s thoroughly rewarding.