PS4 Pro vs PS4: What’s the difference and should current PS4 owners upgrade to the Pro? Trusted Reviews has the answers.

Its other new console became known as the PS4 Slim, which offers the same functionality as the launch model in a sleeker form factor. Sony calls this the ‘PS4’ as it’s phased out the original console.

Sony’s got a new console coming out this year in the form of the PS5. However there are again two versions, see all the differences in our PS5 vs PS5 Digital Edition comparison.

And if you just want the short version of this article, scroll to the end for the definitive verdict on the PS4 Pro vs PS4 debate.

The graphics processor (GPU) in the PS4 Pro – that’s the bit that generates the 3D graphics in games – is just over twice as powerful as that in the PS4. Sony’s also upgraded the processor, which handles things like physics and artificial intelligence in games.

Sony claims the new PS4 Pro can run at 4.2 teraflops, compared to the 1.84 teraflops of the original PS4 – teraflops is a simple measure of computer performance, a bit like horsepower in cars. We’ll get onto how that power is used a little later.

In addition, while the PS4 Pro has the same amount of memory as the original PS4 – 8GB GDDR5 – it runs at a higher speed to improve performance. The PS4 Pro also has an extra 1GB of memory for non-gaming applications like Netflix. This means they won’t waste space games can use and means you can switch between apps faster.

Here are the PS4 Pro specs compared to the original and PS4 ‘Slim’ versions:

It depends on the game. Developers can use the extra power for anything they want within reason. Most will increase the resolution – the number of pixels that make the picture – of their games, so they appear sharper on 4K TVs, but that’s not all.

Developers can also use the more powerful PS4 Pro GPU to improve the quality of textures and lighting effects, leading to more realistic graphics and smoother performance with fewer slowdowns. The only demand Sony makes is games must play as well on the PS4 Pro as they do on the PS4, and vice versa.

But beware watching YouTube videos that compare the two. Unless you’re viewing videos in 4K on a 4K TV, it’s really hard to tell the difference. In this case, still images are often the best comparison. Look closely at the examples below: 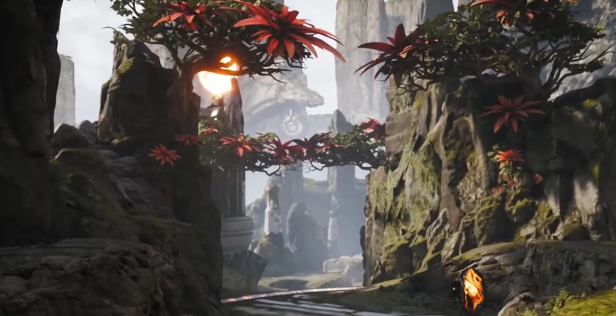 Here’s a shot of a demo running on the PS4. 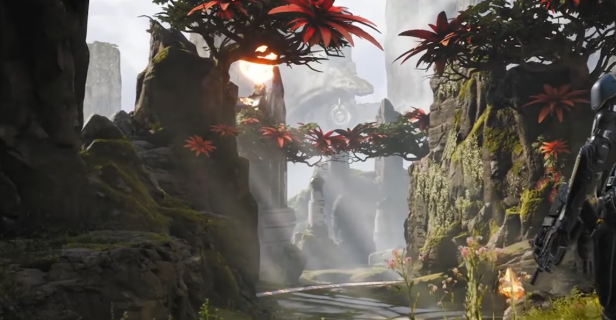 And now the same demo running on the PS4 Pro.

The most obvious difference is the lighting. The ‘god rays’ give the scene a new dynamism, lighting up the rocks and enhancing the contrast in the scene.

Another benefit is the foliage. There’s copious extra greenery, such as extra plants, grass and vines. The PS4 version has simpler, flatter textures that add little.

Well, this is technically true. Some games will run at a native 4K Ultra HD resolution – that’s 3,840 by 2,160 lines pixels by the way – but the most demanding games won’t.

Why? Because it’s very hard to render games smoothly at such a high resolution, even with the additional power of the PS4 Pro. A gaming PC that can run games at 4K would cost several times more than the PS4 Pro, after all.

Instead, many games will run at a resolution close to 4K – often but not always 3,200 by 1,800 lines – and then be upscaled to 4K. Sony has employed a clever technique that improves this process, so much so that’s it’s very hard to tell the difference between its upscaled visuals and native 4K ones. There is a difference, but it’s hard to spot.

And this practice is nothing new. Many games already run below 1080p on existing consoles and are upscaled to it. And while the Xbox One S can upscale 1080p games up to 4K, there’s no serious comparison between the two consoles.

The closer to 4K you get the better the upscaling will appear, so the Xbox One S can’t match a PS4 Pro running the same game.

What is HDR and what difference does it make?

HDR, which is short for High Dynamic Range,  is about making films, TV and games appear brighter, more colourful and closer to real life.

For years TVs have been hamstrung by decades old standards designed for CRT TVs and cinema screens. HDR defines a new standard that allows TVs to exploit their full potential.

What this means in practice is higher peak brightness and brighter, more vibrant colours throughout, leading to a more realistic and immersive picture.

Again, it’s hard to appreciate this unless you already have an HDR TV, but this example from The Last of Us: Remastered gives you a good idea of the difference. 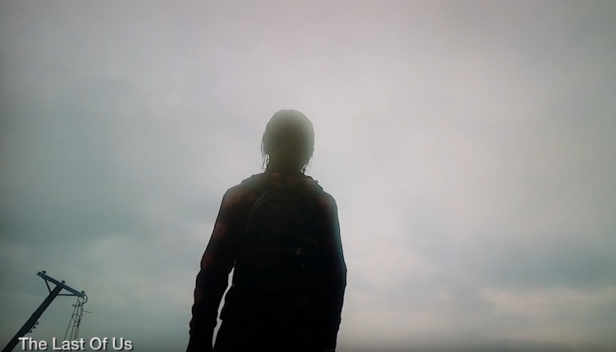 This is a shot of the game running on a normal PS4. 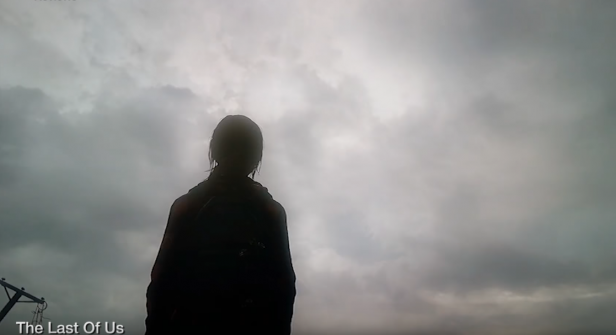 And this is same game running on the PS4 Pro. HDR support transforms the mushy white sky into a deeply detailed and textured sky.

On the opposite extreme, imagine a shot of the sun in a game. On a non-HDR TV, it would look unremarkable. On a good HDR TV, it would feel more like staring at a bright light – not as bright as staring at the real sun, obviously, but bright enough to dazzle you.

No, but we do recommend you have one. Some games use a method called Supersampling to improve the graphics for players on 1080p TVs, but not all games will. Right now, I don’t I think it’s worth upgrading from your existing PS4 if you don’t own a 4K TV.

PS4 update 4.50 will also introduced a new feature known as “Boost Mode” that can dramatically increase performance of some games. It won’t enhance then to 4K, but it will provide you with a noticeable improvement in frame rate of up to 40 percent. Finally, those without a 4K TV have reason to invest in PS4 Pro.

Is the PS4 Pro better for PlayStation VR?

Not conclusively. Games won’t be any smoother in VR on the PS4 Pro compared to the PS4. And while a few add visual upgrades, there aren’t enough examples to justify the extra expense. The difference could become more significant in future, however.

How much larger is the PS4 Pro compared to the PS4?

Quite a bit, which is worth considering if space is an issue, though the PS4 Pro’s still smaller than the notoriously huge original Xbox One. 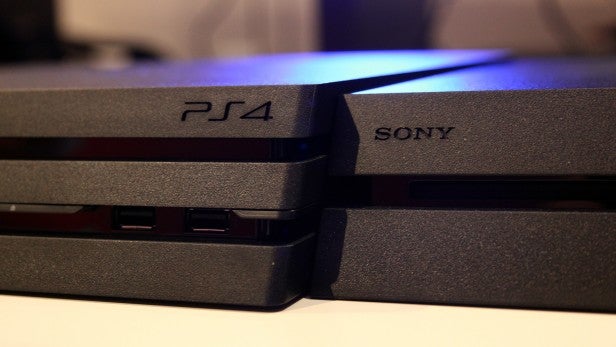 There’s no such thing as a ‘PS4 Pro Exclusive’ game. Games must be enhanced for PS4 Pro, but Sony won’t allow any game to only run on PS4 Pro.

All PS4 games must now support a PS4 Pro mode with improved graphics and performance, but some games do this better than others.

Horizon Zero Dawn: This is the first PS4 exclusive designed specifically with the PS4 Pro in mind. It looks stunning, so it’s must-have for any PS4 Pro owner.

Resident Evil 7: An excellent game that really benefits from HDR, adding to the already creepy feeling throughout the game.

Rise of the Tomb Raider: One of the best examples of PS4 Pro upgrades. While it doesn’t support HDR, visual improvements in both ‘4K’ and 1080p make this is a visual treat.

The Last Guardian: Supports both 4K and 1080p high performance modes on PS4 Pro and the HDR. HDR works on the existing PS4 as well, however.

The Last of Us Remastered: Probably the best game for HDR in the PS4 Pro line-up, it supports native 4K at 60fps and looks great.

Hitman: No HDR support, but both performance and textures are improved on PS4 Pro.

Battlefield 1: One of the best PS4 Pro upgrades around. There’s more terrain detail and you’ll even get a performance advantage in busy multiplayer games.

Watch Dogs 2: Looks great in the 4K and 1080p supersampled versions thanks to improved anti-aliasing

Sadly, no. While the Xbox One S supports Ultra HD Blu-ray, the PS4 Pro doesn’t and won’t in future. It does support 4K HDR content from the likes of Netflix, however.

If you do want to play Ultra HD Blu-rays, read our guide to the best Blu-ray players, or buy an Xbox One S.

Don’t upgrade if you own a PS4 and have a 1080p TV. Until you decide to upgrade to a 4K TV, I see no sense in spending more to buy a PS4 Pro. The cost outweighs the benefits. It’s worth upgrading if you’re buying a new 4K TV, but if you can’t afford both then buy the TV first. Our best 4K TV guide is a good place to start.

Seriously consider upgrading if you own already a 4K TV. I can’t outright recommend you buy a PS4 Pro, but there are plenty of compelling reasons to do so. Games look great on a 4K TV on a PS4 Pro and upcoming releases like Mass Effect: Andromeda and Horizon: Zero Dawn are showing great promise. Only reconsider if you want but don’t already own an Ultra HD Blu-ray player, or if you own a budget 4K TV that lacks HDR support. Head to best Blu-ray players for our top picks.

Buy a PS4 Pro if you don’t own a PS4 already. Provided you can afford it, of course. Even if you don’t own a 4K TV, a PS4 Pro will give you faster and better looking games and is future proof should you upgrade your TV in future. And if you can’t afford a PS4 Pro, the existing PS4 will play all the same games and remains a great console. If you’re ready to buy, head on over to the best PS4 deals page.