Trusted Towers has been quiet this week – with a pilgrimage to IFA 2019 underway. But, those of us at home haven’t escaped the madness of the tech showcase over in Berlin.

IFA 2019 has brought a near immeasurable amount of new products – from the jawdropping to the mind-boggling.

However, the rest of the geek world hasn’t kindly taken the week off to let us folks get all the IFA news covered – in particular, Nintendo brought the thunder with a huge Direct.

There’s lots to cover, so let’s get into it with the industry-dominating event of this week… 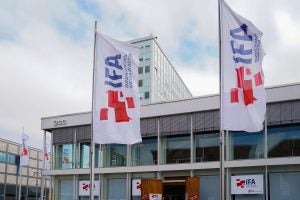 Let’s kick off the IFA 2019 chat with Amazon – partly because it likely launched the most products at the event.

Amazon’s crop of over 20 devices was headlines by the Fire TV Cube making its way outside of the United States, and a new Anker Nebula soundbar with Fire TV integration.

Amazon also announced another kind of product would be expanded beyond the US – Fire TV Edition televisions. In the UK, Amazon will be partnered with Currys PC World to bring built-in Fire TV to JVC displays.

A feature that Amazon touted for much of these devices was near far-field audio tech – making it easier for Alexa to hear you from well across the room. In a moment where privacy concerns are increasing, it’s hard to think Alexa becoming better at listening to you will be a feature welcomed with open arms.

Moving on from Bezos and co, if you’re a fan of PC gaming tech then IFA 2019 has been good to you this year.

Razer has been hard at work on its Blade line and revealed two potentially industry-changing laptops during the event.

Acer made sure its voice was heard at IFA 2019, too. The Acer Predator Triton 300 is a new sleek-looking laptop – an extremely thin and lightweight gaming device. A new Acer Swift 5 was also revealed – Acer’s attempt to take on the Dell XPS 13 and Apple Macbook Air.

For more on the big event in Berlin, visit our IFA 2019 highlights page. 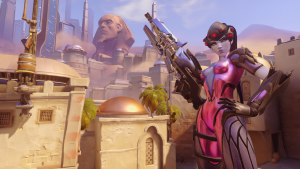 The big news was popular hero shooter Overwatch making its way to Switch. The new trend these days seems to be that everyone wants their favourite game on the Nintendo’s hybrid sensation as well – so this announcement will make many people happy.

The Overwatch port on Switch is exciting news as it is but it was also announced the game would incorporate the consoles gyro controls in some form – colour me intrigued.

Away from the headlines news, my favourite Nintendo Direct announcement was the upcoming port of Return of the Obra Dinn. I’ve never got around to playing the unique detective game on the PC and – after hearing countless rave reviews – a Switch port seems like the perfect opportunity to do some detecting on the go.

The Nintendo Direct announcements also included Terry Bogard of Fatal Fury being added to Smash Bros Ultimate, the reveal of Deadly Premonition 2: A Blessing in Disguise and SNES games coming to Nintendo Switch Online – and that’s not even all of them.

For all the information of the mammoth Nintendo Direct, here’s everything that was announced. 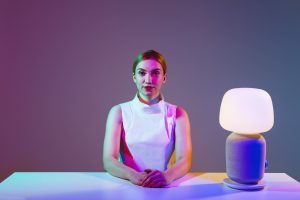 Last but not least, we saved a special spot for Sonos this week. Sonos was at IFA 2019 and introduced its first-ever Bluetooth portable speaker – the Sonos Move (exciting news on its own!).

However, the popular home speaker company also announced something a bit out-of-the-box which caught our attention.

Later in September, Sonos will be teaming up with Ikea to launch an immersive theatre experience and – as you can see from the promotional material above – it looks… unique.

The details of the experience are quite vague but it looks to build upon the new relationship between the two companies which saw Ikea selling its new Symfonisk speakers made by Sonos – a cheap way to get the great sound of Sonos in your home.

It’s the Symfonisk speakers which will power this experience – an experience that promises that during it “all five-senses are activated and the body and mind of participants gently slip into a collective subconscious state.”

The experience – called The Sound Affect – will open in September and you can buy tickets now.

That’s all for The Week in Geek this time out, here’s what you can look forward to next week: the launch of the iPhone 11, eFootball PES 2020 and all of the IFA 2019 fallout.