What is the Wikipad 7?

There’s no shortage of games on tablets, but the more ambitious they are the more difficult they are to play using increasingly complex touchscreen controls. This is where the Wikipad 7 comes in. The Wikipad 7 is an Android gaming tablet that comes with a clip-on controller to play Android games where touchscreen controls simply don’t cut it. After Ouya, the Archos GamePad and the US-only Nvidia Shield, we still await the ultimate Android gaming device. Can the Wikipad 7 restore our faith that Google can really have a big say in the future of gaming? 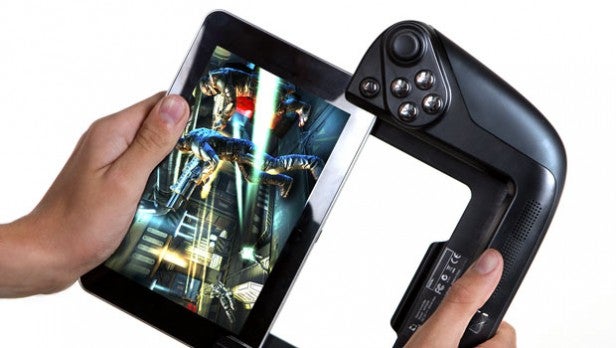 It’s been a long wait for the Wikpad 7. Two years to be exact. Cast your mind back to CES 2012, where the Android gaming tablet we now see before us has gone through some changes. Once the Wikipad 3D, the glasses-free 3D gaming support is no more. The Gaikai tie-up is gone (but not dead in the water) after Sony bought the cloud gaming service. There’s now a Nvidia Tegra 3 CPU to power it and a smaller a 7-inch tablet where there was once a larger 10.1-inch one.

The basic concept remains, however, and the controller dock itself isn’t too far away from the original prototype. It still has rubber dual analogue sticks, a D-pad, four face buttons, start and select buttons, shoulder buttons and triggers. The tablet slips inside the controller dock and clips in via microUSB. Around the back you’ll find the microUSB charging port.

The 7-inch tablet, meanwhile, reminds us a lot of the BlackBerry PlayBook and a host of other largely uninspiring-looking Android tablets. A thick black bezel surrounds the display with a metal band separating the back from the screen. 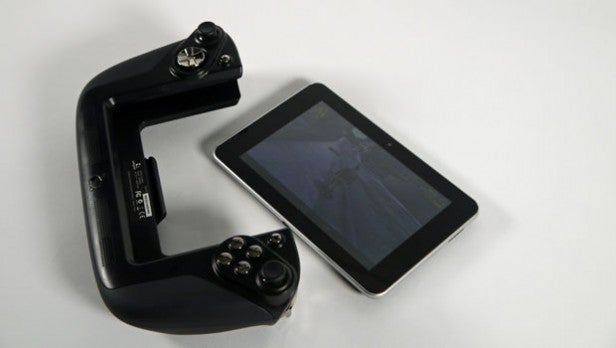 The presence of the controller dictates that key buttons and ports are all moved to the top end of the tablet in landscape mode. Here you’ll find on/off button, volume rocker, microphone, 3.5mm headphone jack and micro HDMI port to play on a HDTV. Only the MicroSD card slot gets some alone time on the right side of the tablet that’s covered when the tablet is docked. There’s just one camera, a 2-megapixel front-facing one to video chat and take pictures of yourself.

The rubbery, textured back is reminiscent of the Nexus 7 tablets. There’s enough room for a large Wikipad logo surrounded by a raised inner edge to make it more comfortable to hold in portrait and landscape modes. Two built-in stereo speakers sit low down completing the key Wikipad 7 features. 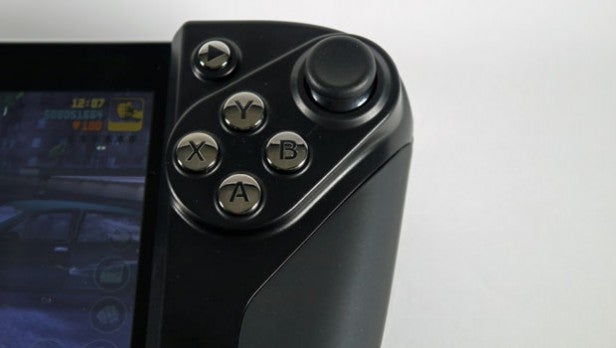 The Wikipad in its entirety is about the same size as the Wii U GamePad and with that black plastic exterior conjures up memories of the battery-sapping Sega Game Gear. The problem is it feels bulkier to hold than something like the GamePad. After 20-25 minutes you can really begin to really feel the added heft. The textured handgrips on the controller don’t do much in the way of comfort either. It just doesn’t feel very premium to hold or look at, and for £249 we expect more.

We don’t have any real issues with the tablet on its own. It’s fells like a solid, well built 7-inch Android tablet, but it won’t win any style awards. It doesn’t do anything dramatically different than what we have already seen on similar devices.

The Wikipad 7 has a 7-inch 1,280 x 800 widescreen IPS display that equates to 216 pixels per inch (ppi), the same resolution and size as the original Nexus 7. It’s perfectly suitable for gaming and handling more graphically demanding titles offering impressive clarity and good peak brightness. Not using a Full HD screen is something of a blessing, too, as a higher resolution would require more grunt to run games smoothly. 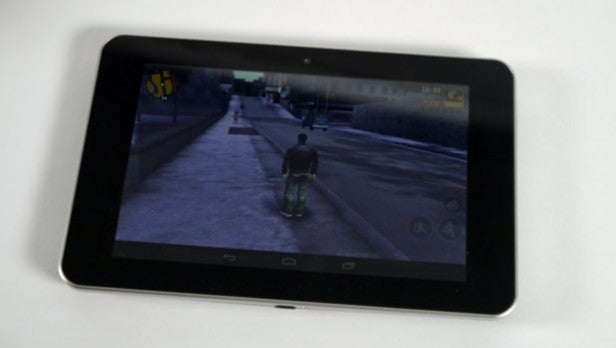 So far, so good, then, but the Wikipad 7’s screen does lack the vibrancy and colour depth we normally see at tablets at this price. Images and video can look washed out despite the overall sharpness, though these weaknesses are less obvious in games.

The scratch-resistant display offers a good response to touch, but feels sticky under the fingers as if a screen protector has been plastered on there and we can’t peel it off. It’s not really an issue when you are gaming, but for everything else, it’s a strange and irritating sensation when you are swiping through homescreens and browsing the web.