Running the Epic Citadel benchmark test the Wikipad 7 scores an average FPS score of 49.5 placing it among the Nexus 10 tablet, Samsung Galaxy S4 Mini and HTC One Mini smartphones.

In the AnTuTu Benchmark it scores a 12845 putting it in the Nexus 7 (12726) realms. It’s not surprising considering the similarity in specs. 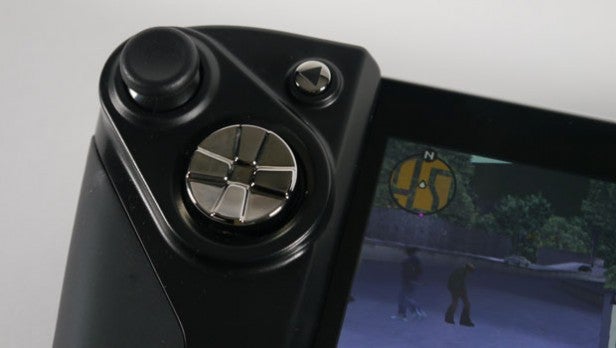 The benchmarks throw up a lot of different numbers here but in our experience, the Wikipad 7 is more than capable of handling some of the more graphically demanding games on Google Play.

So to the games. With the button mapping already taken care of, it’s simply a case of launching the app and to get playing. Well, after you realise that the controller does not support in-game menus. It’s not really a major issue, but when you can navigate through homescreens freely with the controller it’s odd not to let you do the same when you are in a game. 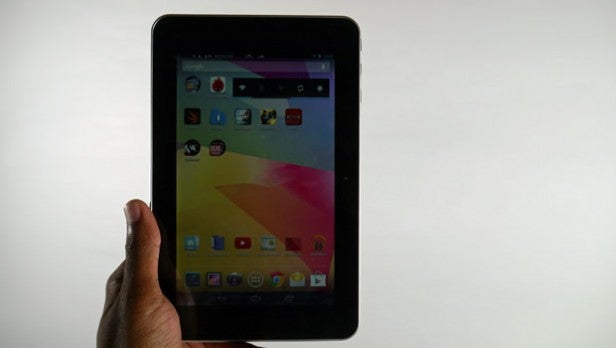 Testing out Dead Trigger, you can instantly feel the benefit of having a controller instead of toucscreen to play with. Everything begins to feel more manageable. It’s not perfect though. The analogue sticks are very sensitive particularly the right one making it difficult to aim. If you like inverting your controls as well you are out of luck here.

Games like Max Payne Mobile and Grand Theft Auto 3 is where the Wikipad 7 really pays off.  For anyone who has played the Rockstar Games titles on a touchscreen device, they will know all too well how difficult it is to drive. If you need to lean out the window to aim your machine gun, good luck. The Wikipad 7 makes it a far more enjoyable and less frustrating experience playing GTA on a tablet.

There are some other issues with some of the ‘optimized’ games. A controller like this feels perfect for driving games, but when you download Asphalt 7 we would expect to be able to control steering. Except you can’t. You still have to use the accelerometer to steer and you only have control over when yo give you car a nitro boost. There are certainly some games (Canabalt HD for instance) where you have to question the value of having Wikipad 7 support over others. 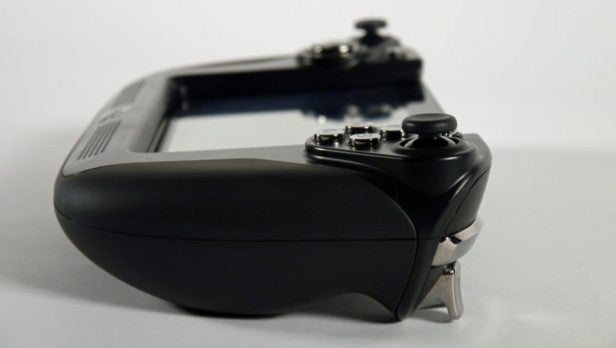 The Wikipad is powered by a 4,100mAh battery putting it around the original Nexus 7 in terms (4,325mAh) of capacity. True to Wikipad’s claims, it delivers around eight hours of battery life. In general use doing some gaming, streaming shows on Netflix and browsing the web, the Wikipad 7 more than lives up to that claim and will get you through a day’s use.

In more extreme circumstances running an SD movie on loop, the Wikipad 7 manages to stay powered around the 8 hour mark. It’s a respectable performance and the very least we’d expect for a 7-inch Android tablet with premium specs. 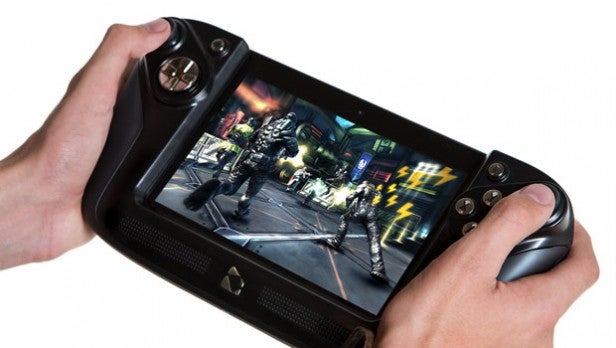 Should you buy the Wikipad 7?

The Wikipad 7 achieves what it sets out to do. As an Android tablet, it’s right up there with the original Nexus 7 in terms of performance. As a gaming device, the Wikipad 7 delivers a controller to help us forget how frustrating touchscreen controls can still be. Getting a series of AAA Android games optimized from the off is a major plus as well.

We are still going to take some convincing that a 7-inch screen is the perfect display size for portable gaming. It still feels big, and combined with the bulky controller, the Wikipad 7 is unlikely to leave your living room.

The biggest stumbling block is the price. The Wikipad 7 costs £249.99. Yes, more than the PS Vita and the Nintendo 3DS. For that price you could buy an original Nexus 7 for around £150 and a Bluetooth controller like the Nyko Playpad for £13. You even grab a micro USB OTG cable to connect an Xbox 360 controller instead.

If there is a Wikipad 7 2, we’d suggest some changes to keep the price lower and a more attractive purchase. The microHDMI is not a necessity for starters. The screen feels big for portable gaming and the controller dock needs to drop down in size as well.

The Wikipad 7 is not a disaster, it’s just not the Android gaming tablet we hoped it would be.

The Wikipad 7 is great for gaming and everyday tablet tasks, but the bulky design and the £250 price tag make it difficult to recommend as the ultimate Android gaming device.