Tablets and smartphones are superb gaming devices these days, but a touchscreen still isn’t as good as a set of proper gamepad-like physical controls for many types of games. That’s where the Archos GamePad comes in. It’s a handheld games console that runs the Android OS, giving it access to the thousands upon thousands of games available from the Google Play app store. But, sadly, the Archos GamePad doesn’t quite hit the bullseye.

Over the past three years, Archos has produced many Android-based tablets, and they have always tried to undercut most of the big-name competition on price. As a result, they have rarely been quite as desirable as an iPad or, say, Samsung’s tablets. The Archos GamePad takes the same approach to design as Archos’s tabs. 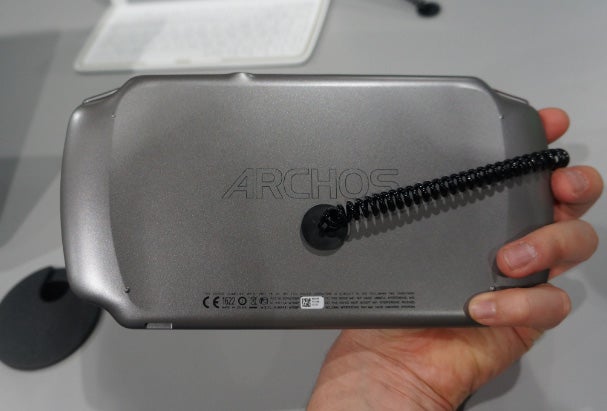 Lightweight and plasticky-feeling, the Archos GamePad does not feel like a particularly well-made gadget. It almost feels as though you could snap the thing between your hands. The benefit is that it’s far from heavy, but it also puts a damper on the experience of using the thing.

The questionable construction bleeds into the quality of the buttons and sticks on offer too. There are plenty of the things – the Archos gamepad offers dual analogue sticks, shoulder buttons and as many front buttons as a console gamepad. But they all feel a bit cheap, which is a serious issue in a gaming-centric device like this. 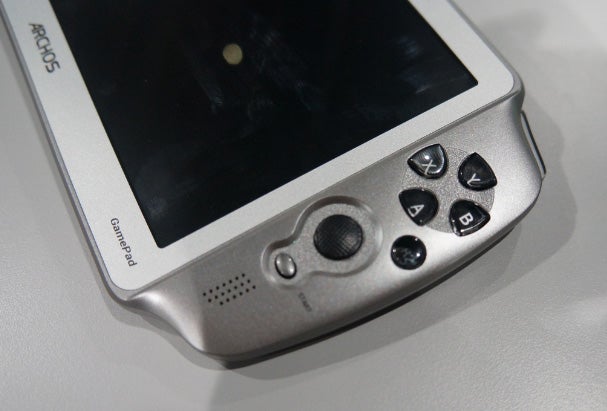 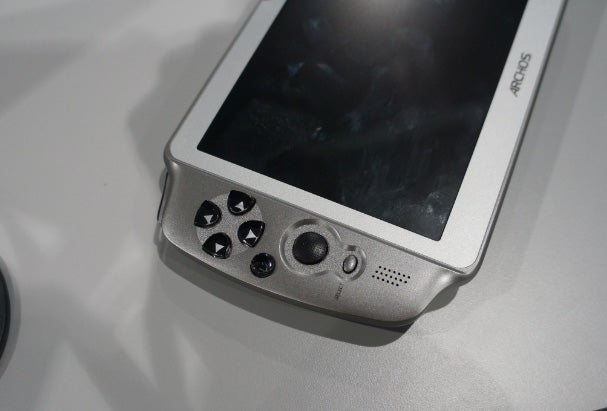 The Archos GamePad screen also suffers from a budget-slashing directive. It’s seven inches across, touch-capable and has a resolution of 1,024 x 600 pixels. This resolution is old-hat by today’s high pixel denisty standards (the Google Nexus 7 has a 1,280 x 800 pixel display) and some minor pixellation is fairly clear – although not disastrous – in games. 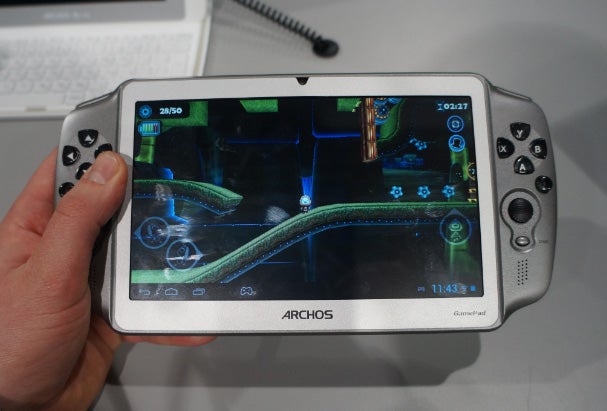 Low resolution isn’t the worst of the Archos GamePad’s screen problems. Panel quality is pretty low, resulting in washed-out, dead-looking colours and serious contrast shift. This causes the screen to become clouded in shadow when turned the wrong way.

The Archos GamePad has a bunch of serious problems, but Archos hasn’t done anything too wrong to its software. It runs Android 4.1 Jelly Bean with few additions. And unlike some of Archos’s previous Android devices, it’s fully Google-certified, meaning you get Google’s official Android apps plus access to the Google Play app store. 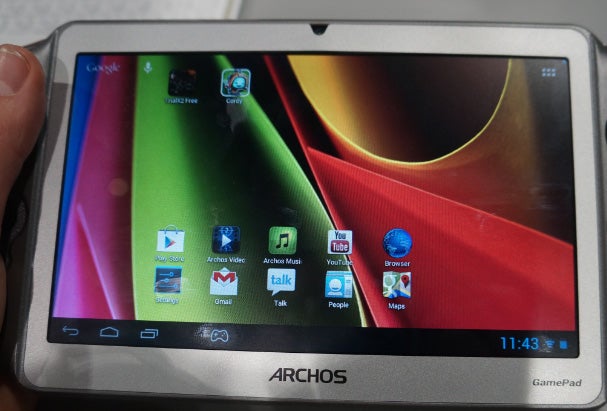 Of course, while a largely vanilla Android interface feels great with a touchscreen, it doesn’t get along at all well with the Archos GamePad’s controls. We found ourselves generally ignoring the physical controls whenever navigating through the UI.

Support for the physical controls in games is limited too – developers need to provide mappings for the GamePad’s buttons and sticks, so for many titles you’ll still have to use the touchscreen.

Powering its games is a 1.6GHz dual-core processor with the Mali-400 CPU. That’s a decent amount of power, giving the GamePad enough grunt to play the current top 3D titles. However, there’s just 8GB of internal memory. As usual with Archos’s tablets, connectivity is decent, though. There’s an HDMI output and microSD memory card slot.  This combo is particularly handy if you want to use the GamePad as a media player as well as a gaming tool, as Archos includes its excellent video player, which supports many video formats. 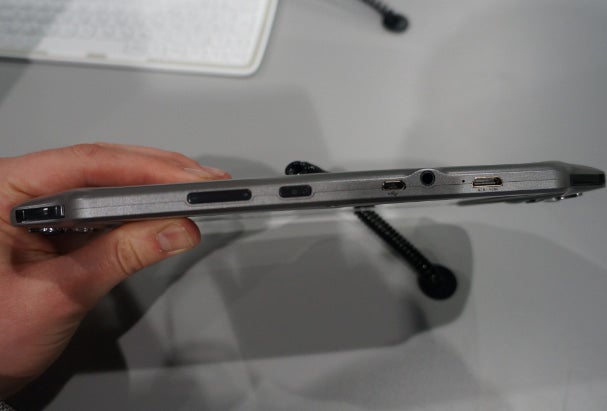 Before you get hold of the Archos GamePad, it seems like great value. It’s cheaper than the Google Nexus 7, and offers proper gaming controls. However, even a short time playing with the device reveals it’s largely a sham.

If you want something to game on, a bonafide gaming handheld like the simlarly priced Nintendo 3DS or PS Vita is a far better bet. And as the Archos GamePad’s buttons aren’t all that good, they’re not the upgrade over virtual controls we had hoped for.