You may not care about the camera on the back of a 10-inch tablet, but if you do you’ll be pleased to hear that the cameras on the Xperia Z2 Tablet pack decent specs. There’s an 8 megapixel rear camera and a 2.2 front facing one for video calling. 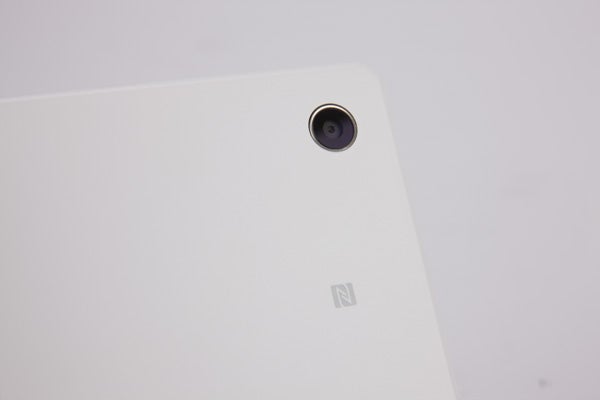 There are a raft of camera apps that first appeared when the Sony Xperia Z1 was first showcased. One of the most interesting aspects of these apps is not what they do, but how they are accessed.

A transparent overlay pops over the screen at the touch of a button within the camera app. To start with four apps will be available: Social Live, Info eye, Timeshift Burst and AR Effect.

Social live lets you live-stream video or post images directly to Facebook without leaving the camera app. You can see your friend’s comments and reply to them all using the transparent overlay functionality and voice commands – clever stuff.

Info Eye is a camera recognition app that can scan a bottle wine, a book or even a landmark and present information about it vie the internet. There are plenty of apps out there that do these things separately but it’s useful to have the whole package wrapped into one.

Ever just missed taking the hilarious picture of your mate getting hit by a football in the face? Never again with Sony’s Timeshift Burst. Essentially this buffers 30 shots continuously so when you press the camera button you get 30 shots of a few seconds before the button press, one at the time, and a further 30 after the press.

AR Effect is an augmented reality app, aimed at kids, that can add effects to a scene – plonking a mini T-Rex to go after a cat was our favourite. 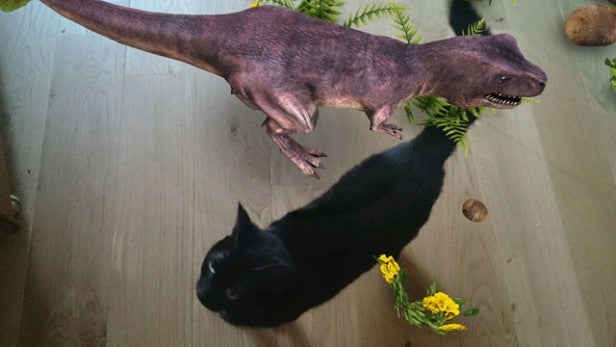 Photos taken in well-lit conditions look good and reasonably detailed but in gloomier rooms there’s plenty of noise, particularly when using the front facing camera. This is to be expected and you will want to be in a lit room if you’re on a video call. In other respects the front cam is one of the best we’ve used for video calling. 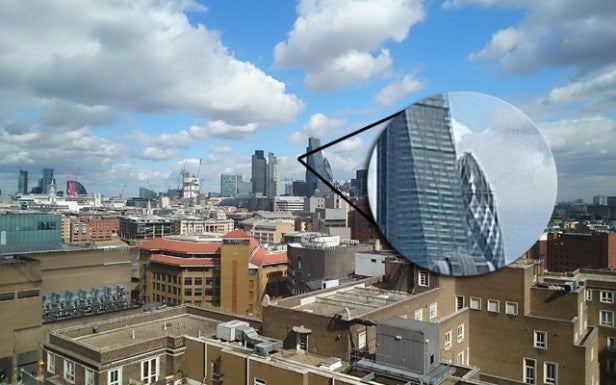 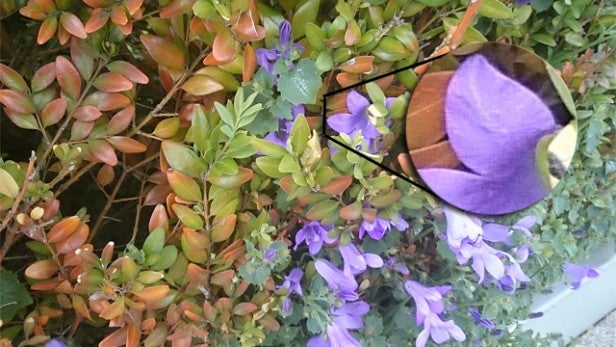 Colours aren’t quite as rich as they should be 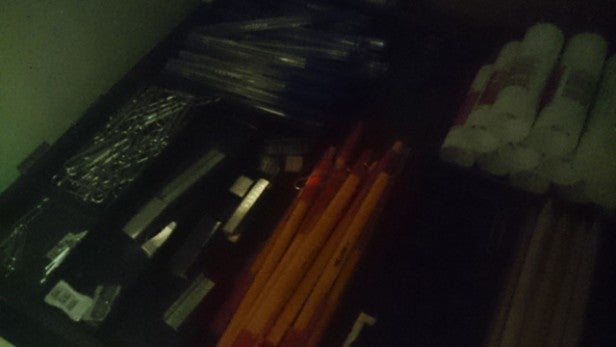 The 6,000mAh battery on the Z2 Tablet is significantly smaller than the batteries found in the likes of the Galaxy Note 10.1 – 33% smaller in fact.

Fortunately, the lower resolution screen means that this doesn’t correlate to a 33% lower battery life when compared to its competitors. 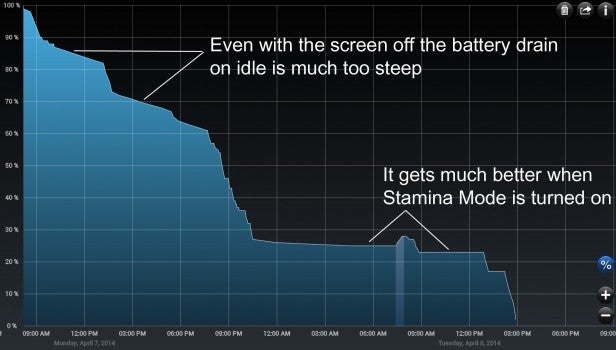 The Tablet Z managed to achieve a decent eight and a half hours of mixed use.

Usage included three and a half hours of 720p on-board video, three hours of Wi-Fi web browsing, an hour of 3D gaming and an hour of mixed used picture taking and video calling.

You’ll want to turn stamina mode on to keep the Xperia Z2 Tablet battery from draining too rapidly when the screen is off, however. Drainage is worryingly steep without it. 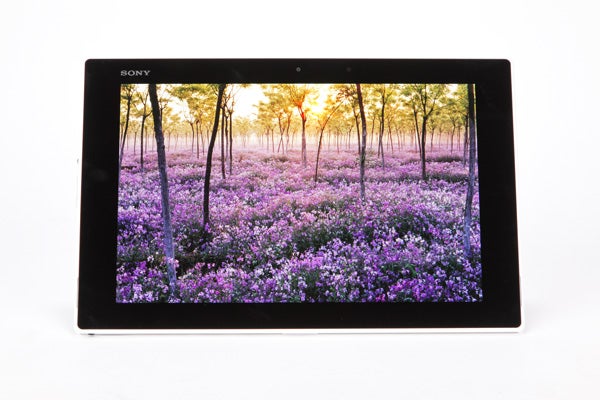 Should I buy the Sony Xperia Z2 Tablet?

The Xperia Z2 Tablet is a good tablet that’s outstandingly thin and light, and uniquely water and dust resistant. But the truth is the Z2 Tablet hasn’t advanced as much as its peers in the year or so since the Xperia Tablet Z came out.

The iPad Air still provides both a superior design and experience, as does the Galaxy Note 10.1, which also adds a great digitiser stylus into the mix for a similar price. And if you’re not absolutely wedded to a 10-inch tablet then the Kindle Fire HDX 8.9 is one of the best media tablets money can buy at £329. Even the Nexus 10 is worth considering still, though it’s overdue an update and rather chunky in comparison.

Certainly anyone who owns the original needn’t consider upgrading. If water resistance is something you want or need it’s clearly the tablet to buy, but if not we’d recommend trying it first.

This is a competent and attractive tablet, but we’d happily trade its thinness and lightness for a better screen and beefier speakers.