As Android UIs go it’s not too garish or as restrictive as Kindle’s heavy UI overlay. You get the full Google Play store as well as some Sony specific apps. These include the WALKMAN app, a decent music player that includes Sony’s Music Unlimited for an additional £9.99 a month, Album, Movies and Remote Control.

Unfortunately, the most interesting, the Remote Control app, is also the clunkiest to use. You’ll need the patience of a saint to get all your home theatre set up as it won’t let you choose specific model numbers. Instead you pick by brand and then have to try dozens of preset virtual remotes until you find the one that works best for your product. Alternatively, you can point your TV remote into the tablet’s IR and map every single button. Frustrating. 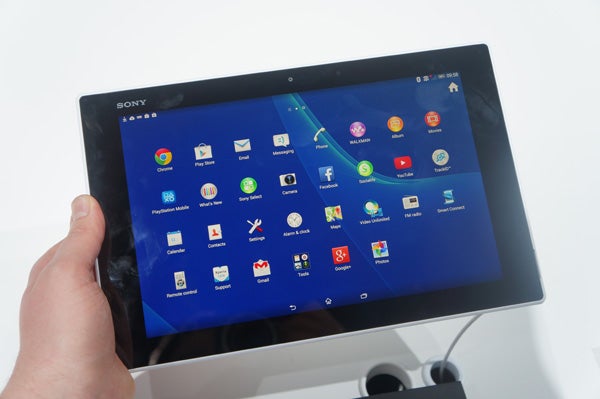 One feature that will make Playstation owners prick their ears is that you can use the Z2 Tablet as a second screen experience for the latest PS4. We’ve only seen the Xperia Z2 Tablet used as a second screen device for some PS4 demos so we’re not sure how much game developers are taking to this functionality or how excited we should be. You can, however, use the PlayStation Dual Shock 3 controller with the Z2 out of the box – we hope that the Dual Shock 4 will also be supported soon.

One thing we’re not that happy with is that Android just doesn’t yet work that well on 10-inch tablets. It feels like an operating system designed for devices 7-inch and smaller. The Xperia Z2 Tablet just doesn’t make the most of all that extra screen real-estate and this is why Samsung has heavily ladled on Magazine UX over Android, with mixed success.

The Sony Xperia Z2 Tablet manages to pack one of the fastest processors currently available – Qualcomm’s Snapdragon 801 running at 2.3GHz and supported by 3GB or RAM.

This makes the Z2 Tablet fast, very fast. In our benchmarks it manages to trump the iPad Air with an Ice Storm Unlimited score of 18,984, while it is a tiny bit slower in Geekbench 3 with a score of 2,614.

What does this mean in real terms? Well, navigating the tablet is a slick experience and opening apps is speedy. 3D games also look and play brilliantly; Real Racing 3 in particular looks sumptuous and is butter smooth. 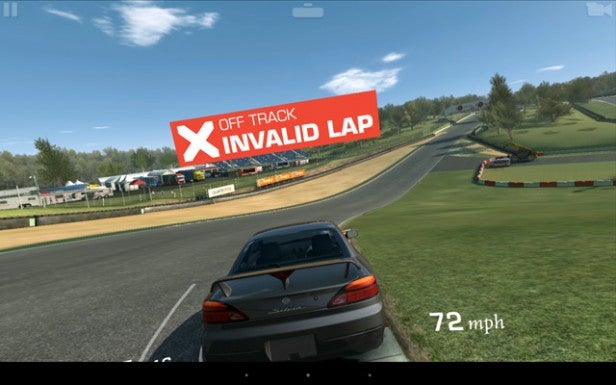 The Xperia Z2 Tablet does pack a goodly amount of connectivity and features into its thin frame, too. You get 16 or 32GB of on-board storage with the option of a further 64GB courtesy of a microSD slot. If you opt for the 4G version you also get a microSIM slot.

A 3.5mm headphone port is conveniently located at the bottom edge of the tablet when it’s held in landscape, which means your hands aren’t bothered by the jack and cables hang down and way from the screen. NFC, Bluetooth 4.0 and MHL 3.0 are also supported, but, unlike the latest Samsung tablets, you only get USB 2.0 rather than 3.0 support.