The LG G Pad 8.3 is a small, fairly low-cost tablet. It offers a pretty compelling alternative option to the iPad mini Retina, while costing around £120 less.

There are some signs that this is not a top-tier tablet, but not enough to stop it from being a real bargain.

Note: Tesco is currently selling the LG G Pad 8.3 for £120 as part of its Easter Deals campaign. Details here. 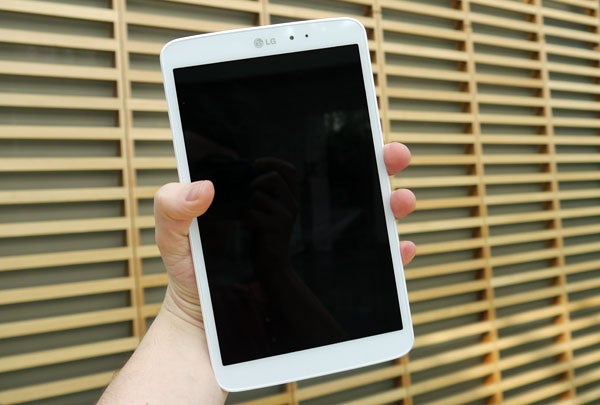 The LG G Pad 8.3 is a fairly affordable tablet, but its build quality is good. The top layer is toughened glass and the rear is a mix of aluminium and plastic. As virtually the whole area your hands come into contact with is metal, it has a similar cool and hard feel as an iPad mini.

Styling-wise, the LG G Pad isn’t quite on the same level. The dual speakers on the rear spoil the simplicity of the look a bit, and the mix of white and silver on the version we tested does look a little bit cheap. We think the black version looks better. 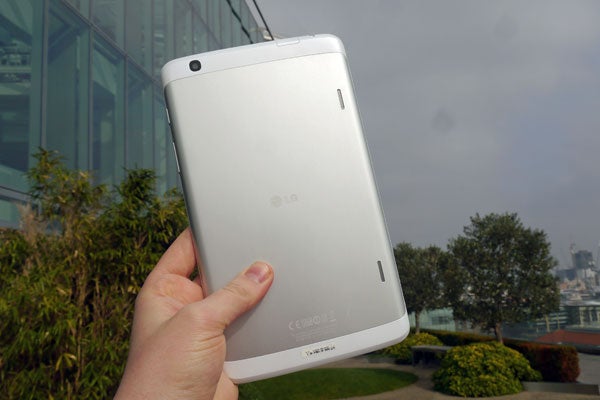 The power and volume buttons on the side are plastic rather than metal too. But once you consider the iPad mini and Galaxy Tab Pro 8.4 cost a good 60 per cent more, you can’t really complain.

The LG G Pad 8.3’s size also strikes a good balance between portability and screen size. It’s small enough to grasp comfortably side-to-side in one (adult-size) hand – which the Galaxy Tab Pro 8.4 isn’t really – and weighs just 338g. That is light enough for one-handed use, although this is clearly a device that works best when you get both hands involved.

Its hardware versatility is also remarkably good considering the £200 price. There’s a covered microSD memory card slot on the top edge of the LG G Pad 8.3 and, next to it, a little IR blaster. This lets the tablet function as a universal remote control. It’s pretty rare to find one of these in a sub-£200 tablet – the Nexus 7 doesn’t have one, for example. 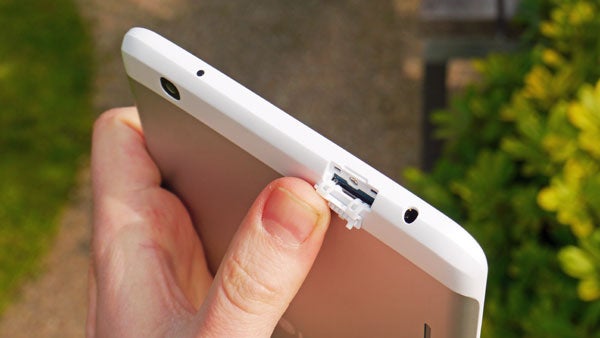 The LG Pad 8.3 also has a much higher screen-to-tablet-size ratio than most current sub 10-inch devices. This is helped by the lack of soft keys, and it provides a more modern look than older tablets. At 8.3mm thick, it’s slim too. Aside from the white version looking a little cheap, there’s little to criticise here. 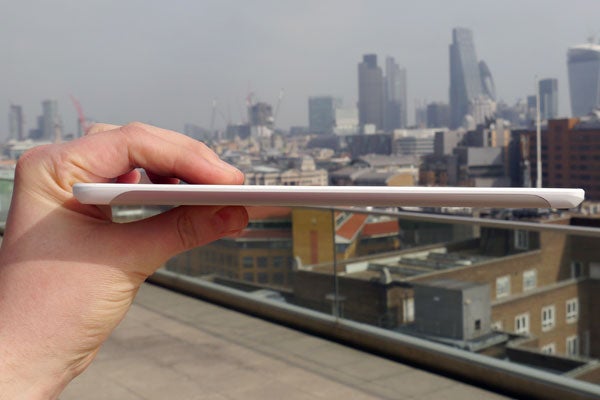 This is a 16:10 widescreen panel, 1,920 x 1,200 in resolution. Although lower-res than the Galaxy Tab Pro 8.4 and less pixel-dense than the Nexus 7, it’s fairly sharp. Look close and you can discern single pixels, but it’s not a major issue in a low-cost tablet. 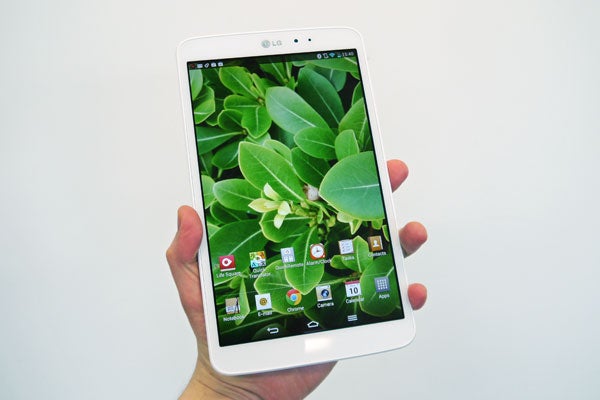 Top brightness is just ok, and the contrast in bright areas of an image is not great, leading to pictures that don’t look as vibrant and as defined as they would do on a higher-grade screen. Colour reproduction is decent, but this lack of backlight control leads to images looking a tad washed out. Black levels are good enough, though.

The tablet makes for a handy little personal video player, and this is also helped along by the stereo speakers. As they’re mounted on the back, you don’t get a clear stereo image, but the audio doesn’t clearly come from one end, as with some tablets.

Its sound experience is not great, though. The output is a little thin-sounding and at mid-to-high volumes, the back of the tablet vibrates. It feels a little odd.