Update: Less than a month after launch Samsung has dropped the price of the S6 Edge+ to less than £600/$600(or around £40 per month). That’s a significant price drop and makes it a far more attractive proposition for those wanting a large-screened phone, or phablet.

What is the Samsung Galaxy S6 Edge+

Samsung has made a bold statement with its Galaxy S6 range of smartphones. Plastic painted as metal and faux leather backs have been consigned to Room 101 and Samsung has finally put style and design at the core of its smartphone offering.

The Galaxy S6 Edge+ is born of that new philosophy. That’s not to say it’s all about style. For the eye-watering price of £749/$768 contract-free we would hope not.

Just like the Galaxy S6 and S6 Edge the 5.7-inch phone is a solid all-rounder and needs to be considering its key competitor, the iPhone 6 Plus.

The Edge+ is also the big-screen phone European Samsung fans will have to live with in lieu of the Galaxy Note 5 – Samsung has no plans to sell the Note 5 outside of Asia and the US at the moment.

The Galaxy S6 Edge+ makes you feel like disappearing down an underground cavern while keeping a close eye out for tricksy hobbitses. It is precious. It is achingly desirable. It is futuristic. Slap it down on any beer stained pub table and it will make every other phone look old school.

The main allure comes, of course, from the unique, curved dual-edge display. There’s nothing else like it, apart from its smaller sibling the S6 Edge. It’s streets ahead of the Note 5 and iPhone 6 Plus when it comes to sex appeal. 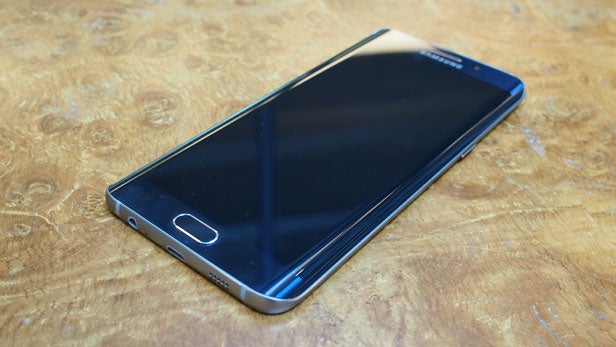 An aluminium alloy frame is sandwiched between the tough Gorilla Glass 4 screen and back. It’s an upgraded version of the metal on Samsung’s previous phones and should help it avoid the (in our experience unfounded) Bendgate furore caused when the latest iPhones were released.

One thing it hasn’t managed to resolve is quite how easily the rear glass attracts greasy fingerprints. It’s a problem the S6 and S6 Edge also suffers from and it’s not too bad on the Sapphire Black version we’re testing here. Opt for the new silver coloured Edge+, though, and be prepared to regularly look like a cricketer getting ready to bowl.

Samsung has finessed the S6 Edge+ in some ways. The frame now has a fine tapered edge along the top and bottom and the curved screen seems to fit a little closer around the corners than it does on the smaller S6 Edge.

Not only is the Galaxy S6 Edge+ a stunner, it’s also brilliantly crafted. 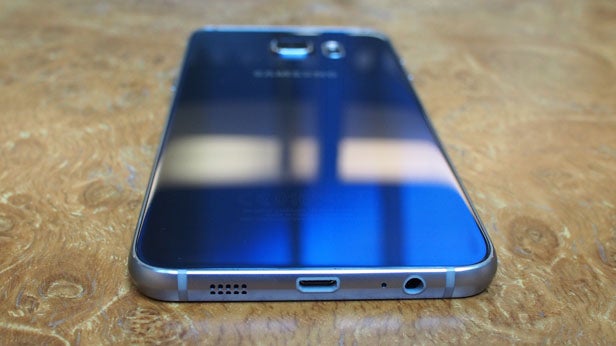 Looks aren’t the be-all and end-all of design – ease of use is also key. The Edge+ doesn’t excel here.

For a start it’s a big phone, and that comes with its own set of challenges. Using a phone with a 5.7-inch screen is tricky to do one-handed, particularly when trying to reach the top corners. Your other hand will need to get involved sooner or later.

It’s an issue compounded by the curved screen. Yes it’s great to look at but you will, sometimes, find yourself wishing you had a little more frame to grasp. The bottom of your thumb can also interfere with the screen when stretching to tap an awkwardly positioned icon. 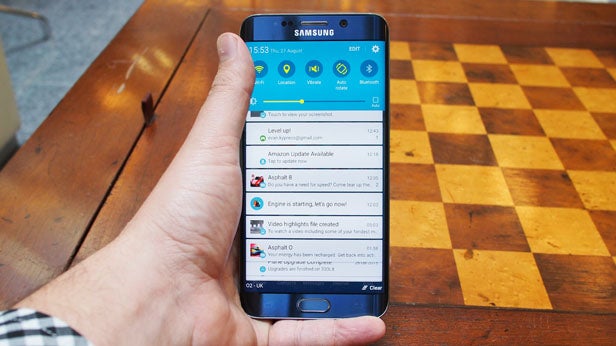 The S6 Edge+ is not too uncomfortable, but neither does it feel as welcoming as the curvier iPhone or Note 5 – the latter conforms to your palm making it super comfy.

Whether these issues turn you off the S6 Edge+ depends entirely on how much you value its aesthetics. Sometimes beauty demands sacrifice. The huge screen will also be worth a little one-handed juggling for many.

Samsung’s Super AMOLED screen technology is one of the best you can get on a phone or tablet and the super-sharp, Quad HD S6 Edge+ makes the iPhone 6 and 6 Plus pale in comparison, literally. Colours pop and blacks are deep – this is the best screen you can get for watching movies on the go.

If we’re being very picky we’d say the screen could have better viewing angles. Whites get a blueish tint to them when you’re not looking at the S6 Edge+ straight on. 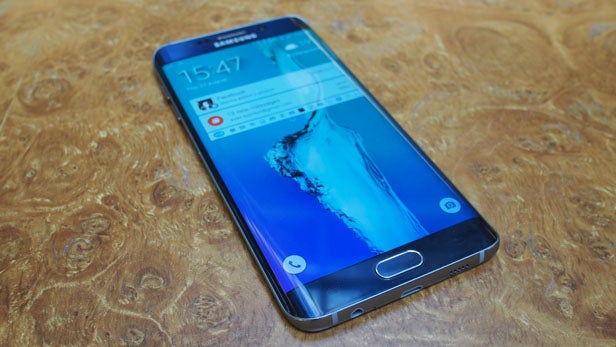 Samsung suggests the curved screen adds to your viewing experience, it doesn’t. The curves distort the picture slightly and reflect light, but since it’s just the top and bottom edge it’s not too noticeable. While the Note 5’s flat screen would be our first choice for watching videos on, the Edge+ comes a close second.

Adding to the multimedia credentials of the Edge+ is a decent (for a phone) speaker that’s both loud and clear at top volume. It lacks depth, but we’d happily watch a few episodes of our favourite series without headphones if we had to.

Plug a set of cans into the 3.5mm jack and things get even better. Samsung has added a dedicated clock to the S6 Edge+ to minimise sound distortion as well as upscaling. This aims to improve the quality of compressed audio, like MP3s.

It works too. A bit more fullness and timbre is added to proceedings, high-hats are sharper and everything is tightened up a little. Nothing seems to be lost and it has an overall pleasing aural effect. Once I had tried it out of few times I decided to keep it on.