One of the concerns with the smaller S6 and S6 Edge was that their batteries are a bit small. In testing they last a day but not much more. Samsung has upped the size of the battery in the S6 Edge+ to compensate for the larger screen and the results are good, but not outstanding.

In our standard test where we play an onboard video on loop with the phone in flight mode (so nothing else is drawing juice) until the battery dies the S6 Edge+ managed a massive 13 hours, that’s more than an hour longer than the iPhone 6 Plus. 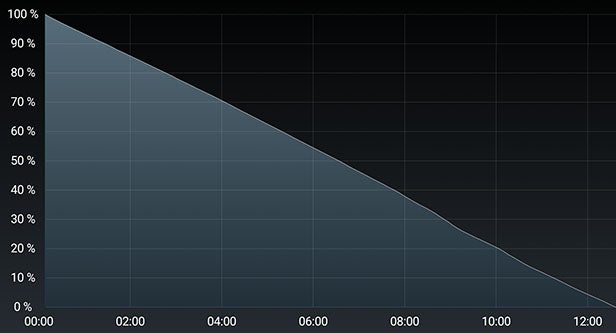 In more usual day to day usage I found myself regularly returning home after a day at the office with around 60% of the battery remaining, sometimes more, but rarely less. This is better than the smaller Samsung phones, but we find Apple’s phablet lasts longer in real world use, as does last year’s Galaxy Note 4. 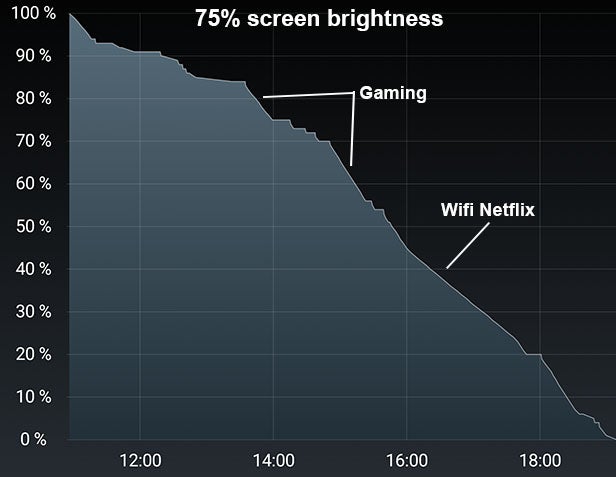 Turn on power saver mode and things do get better. You can get two days out of it, if you’re careful. The great thing about this mode is that you don’t really notice any performance hit – it still feels plenty fast and responsive.

If you really in a bind the Edge+ also comes with ultra power saving mode. This strips back all functionality and leaves you just the ability to make and receive calls and texts. This can let you eek out a couple of extra hours when you need them most.

Fast charging comes as standard with the S6 Edge+ and it works. It charged from 0 to 100% in just 1 hour 45 minutes. Samsung claims wireless charging has also been improved – it’s 27% faster on the Edge+ compared to the normal S6 and S6 Edge.

Call quality on the S6 Edge+ is very good. The internal speaker is loud and clear enough but the phone comes with an “Extra loud” mode when you’re on a call. Tap the icon for this and and the voice on the other end gets turned up to 11, although it doesn’t improve the sound quality.

Connectivity is solid too, on par with other flagships we’ve tested recently. I experienced a couple of dropped calling in low signal areas, the exact same thing happens using the iPhone 6 and LG G4.

Should I buy the Galaxy S6 Edge+?

The Galaxy S6 Edge+ is a great phone. If money is no object and you want your phone to be big and stylish then there’s no competition – this is the phone to get.

It’s smaller brother is a lot cheaper, is largely the same and has a couple of extra features, like the IR blaster and 128GB storage option, though. Battery life is also lower, but of the two this is the phone we’d recommend.

Both phones lack features you’d expect from an Android. They’re not crucial but might be important to you. If so you could be better off looking elsewhere entirely. The LG G4 is an obvious candidate. It doesn’t have the looks of the Edge+ but is a very good phone. Then there’s the Moto X Style, which will be on sale soon. Both offer large screens, decent specs and are far cheaper than the Edge+.

Then there’s the iPhone 6 Plus. This is the phone the S6 Edge+ is built to go head-to-head with. In most areas the S6 Edge+ manages to be a little slicker, and the customisation options of Android and TouchWiz let you personalise the S6 Edge+ to your liking a lot more.

Still if you really love hassle-free mobile use the iPhone 6 Plus is easier to handle, both in terms of software and hardware.

The Samsung Galaxy S6 Edge+ proves that beauty is more than skin deep. A hefty price tag, lack of some features we’ve come to expect and a few issues with its ease of use means it not quite perfect, though. But my is it pretty.