The Panasonic TX-43HX580B isn’t the most attractive TV, and it lacks some popular features, but detailed images and natural colours make it stand out next to similarly priced rivals.

The 43-inch display is powered by the company’s 4K Studio Colour engine and features support for HDR formats that includes HDR10, HLG and Dolby Vision.

However, with all this fitted into a rather drab-looking design, you’d be forgiven for instinctively dismissing the smart TV. Here’s why the 43-inch Panasonic HX580B is worth a closer look…

The Panasonic TX-43HX580B has a rather plain, unassuming look to it. The bezel is slim and modern, but the shiny plastic finish means it’s not particularly stylish or interesting to look at.

This isn’t necessarily a bad thing – Panasonic has opted for function over fashion, with the black frame allowing the TV to blend into most settings seamlessly. However, if you’re looking for a TV to flaunt in front of house guests or brighten up your space, this model is likely to underwhelm.

Supporting the display is a matching black stand. Small and subtle, it doesn’t distract from the viewing experience if you opt to park the Panasonic on a TV stand over hanging on a wall.

The remote is large and comfortable in the hand, with rubber buttons to help you get a good grip. It features a Home button to access the interface, as well as dedicated shortcuts for Netflix and Freeview Play. There’s also a star icon at the top for accessing YouTube.

Like its appearance, the TX-43HX580B’s interface is simple and straightforward. The Home button sends you to the TV’s menu. From there, you can use the up and down buttons on the remote to scroll through Sources, Settings and TV, the latter is where you’ll find the TV guide and list of channels.

The Freeview Play button is another way to find live TV, alongside catch-up and on-demand content from the likes of BBC iPlayer, ITV Hub, All 4 and more. In total, Freeview offers around 70 TV channels and 15 HD channels from which you can choose.

There’s also a media player that can play videos, music, photos and games stored on USB.

Panasonic offers a range of apps. Netflix, Amazon Prime Video, BritBox and YouTube come pre-installed, as do a handful of popular social media apps, including Facebook and Twitter. There’s also a web browser and an app market, but don’t hold your hopes out for anything too exciting – if you’re looking for apps such as Now, Disney+ or Apple TV, you’re going to need to get your hands on a streaming stick.

The TV saw a result of 17ms in our latency test, putting it above average –but it doesn’t have the features to take full advantage of the current generation of games consoles.

Somewhat surprisingly for its size, the Panasonic TX-43HX580B supports multiple forms of HDR including HDR10, HLG and Dolby Vision.

The TX-43HX580B’s picture quality is great when viewed in Cinema mode. I watched Spider-Man: Into the Spider-Verse on both the Panasonic and the similarly priced Philips 43PUS7805/12 and found that, while the Panasonic offers less contrast and less detail in certain instances, the colours are where this TV really pops.

Reds and blues are dark and punchy, matching the vibrant, comic-inspired animation style, while the lighter purples and greens prevent the image from looking overly saturated. The display is sharp and offers plenty of detail, too, although there is some bleeding in the black bars at the top and bottom of the display.

If you’re looking for detail, the TV managed to pull an impressive amount from a 4K Blu-ray of Dunkirk. Skin and hair is gritty and textured, as is the collar of a fluffy jacket and the gold brim of a hat. Objects in the distance are sharp and distinct, too, such as the lines of waves in the sea. The colours are dull and grungy, fitting with the tone of the movie, while skin tones are warm enough to feel alive and realistic.

Contrast is good, too. Blade Runner 2049 demonstrates deep blacks in the silhouettes and backgrounds in a scene where Deckard is confronted by Niander Wallace later on in the film. Motion isn’t bad either, although the setting does have its tells. I watched a scene from 1917 with Vivid Motion on its High setting and, while the shot was noticeably smoother, at times edge definition was visible around heads and helmets.

Finally, I streamed an episode of Arrested Development from Netflix, allowing the TV to do the work of upscaling the image from 480p all the way up to 4K, and then from HD to 4K. The yellows and blues of the banana stand are bright and punchy in both versions, while skin tones remain a natural shade. Both streams did suffer some the Panasonic adding some slight grain to the image.

The Panasonic offers a balanced sound that seems bigger than the TV, but could still benefit from the addition of a soundbar.

The dialogue in His Dark Materials on iPlayer is clear and crisp, offering a cleaner sound than the Philips 43PUS7805/12.

Mission: Impossible – Fallout offers a decently large sound with a satisfying amount of detail from bubbling water to tiles squealing during a chase scene. The audio strikes a good balance between separating the soundtrack, sound effects and dialogue. The hum of the motorcycle is defined over the suspense-building music, and voices don’t get lost in the cacophony of car crashes and music.

While this TV won’t offer ground-shaking bass, it’s deep enough to portray some semblance of the rumble of the cars and the thudding low-end of the film’s soundtrack.

Impact sounds could be larger, and this is where a soundbar would come in clutch. That said, if you’re just looking to watch daytime TV, the built-in speakers will get you by just fine.

You value functionality over looks: From the design to the smart interface, the Panasonic is basic-looking inside and out. If you don’t mind a boring design, you’ll enjoy the simplicity of this TV along with how easy it is to use.

You’re a NOW, Disney+ or Apple TV+ subscriber: While both apps can be accessed on the Panasonic with a streaming stick, it does mean spending a little extra cash.

The Panasonic TX-43HX580B isn’t the most attractive TV, and it lacks some popular features, but detailed images and natural colours make it stand out next to similarly priced rivals. 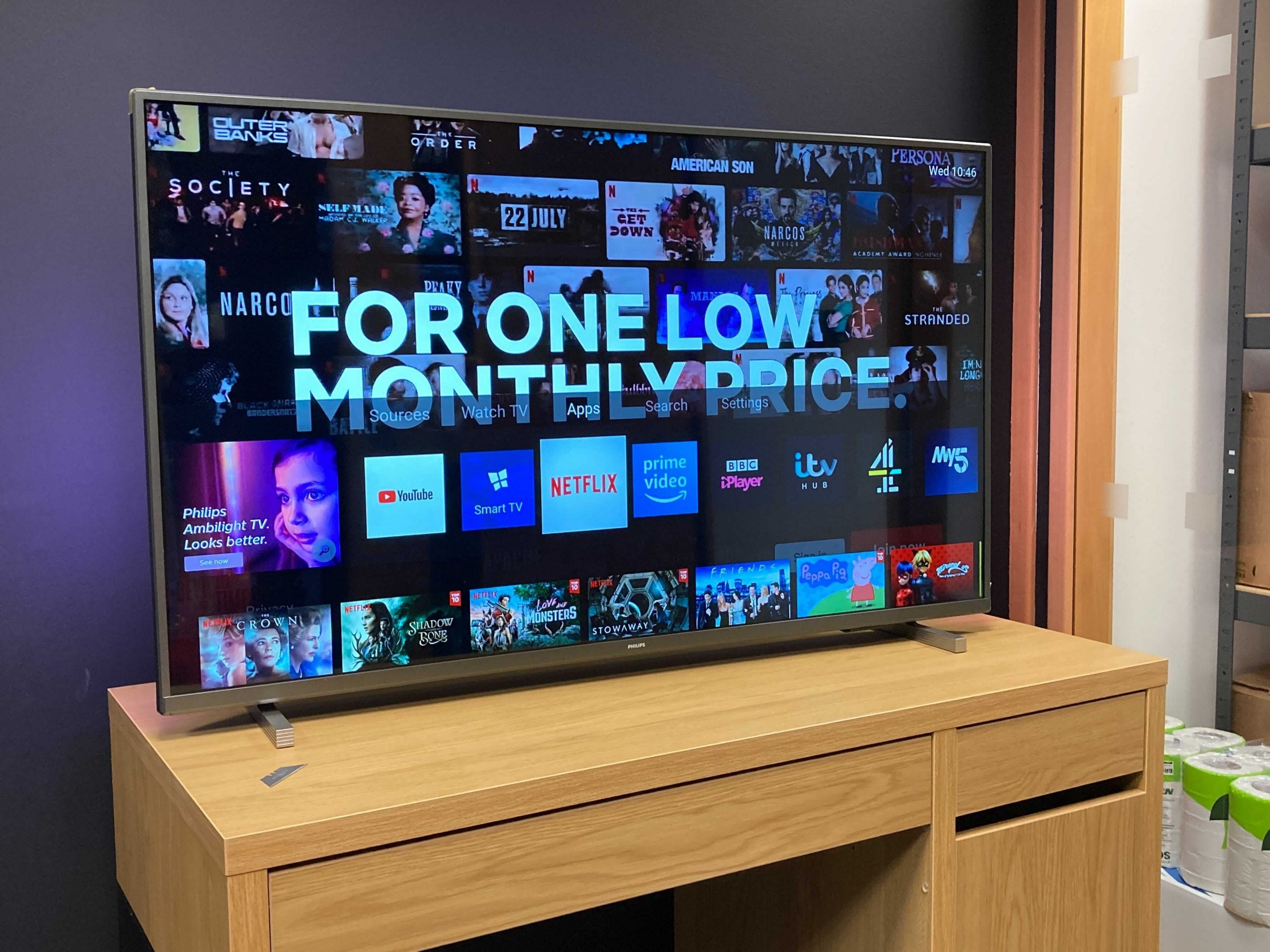 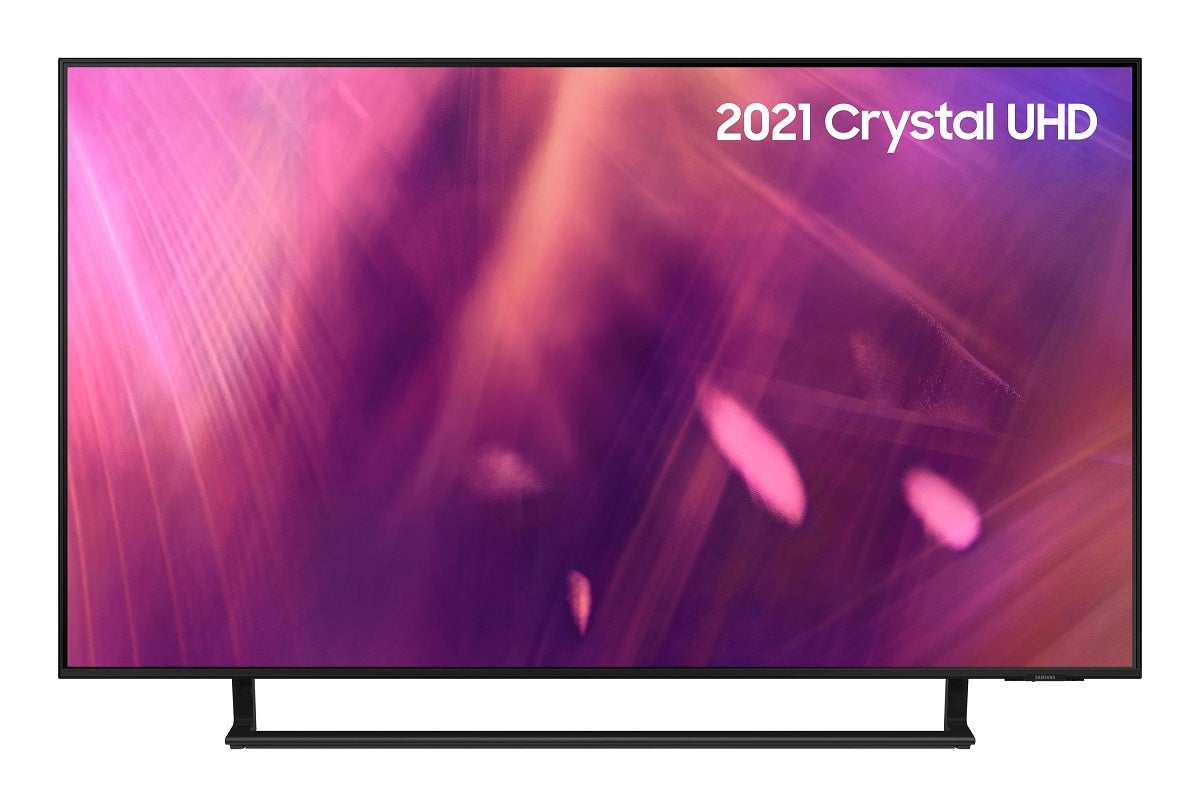 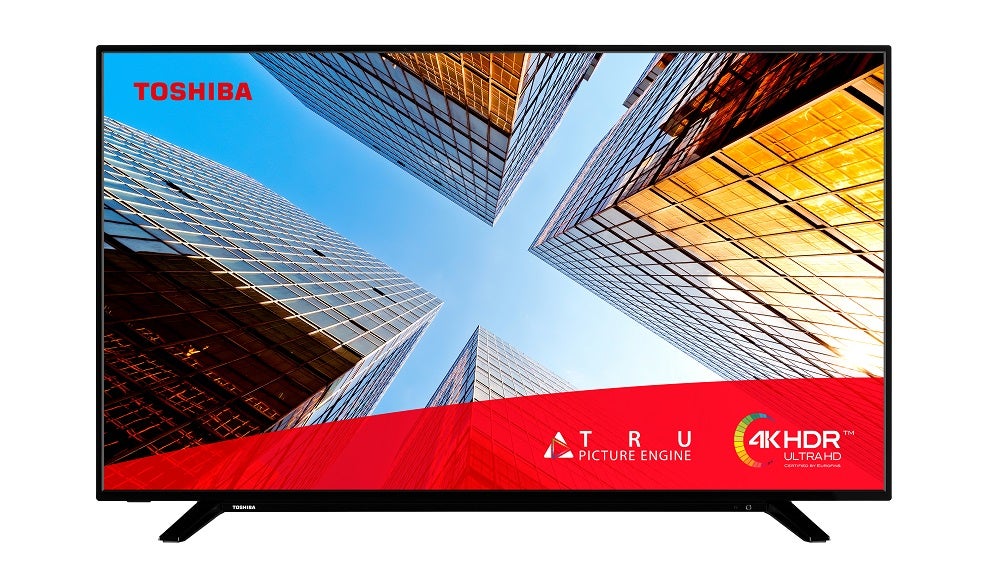 Does the Panasonic TX-43HX580B support HDR?

Does the Panasonic TX-43HX580B support apps for major streaming service?

The supports Netflix and Amazon Prime Video, but you’ll need to buy a streaming stick to install NOW, Disney Plus or Apple TV.

Does the Panasonic TX-43HX580B have a media player?

Yes, the Panasonic TX-43HX580B comes with a media player to play videos, music, photos and games stored on USB.