I benchmarked the GTX 1070 on TrustedReviews’ test rig, which has been designed to match the specifications of a standard enthusiast gaming PC. It features the following components.

I ran the GTX 1070 head-to-head with a Founders Edition GTX 1080, 6GB EVGA GeForce GTX 980Ti and 4GB EVGA GeForce 970. The latest drivers for each card at the time of writing were installed. On each benchmark, I tested how the cards performed running at HD, QHD and UHD resolutions.

Dirt Rally’s built-in benchmark is the easiest test I threw at the 1070. It tasks the card with rendering and running a scripted scene designed to represent real gameplay conditions. The graphics were maxed out to Dirt Rally’s Ultra settings in every benchmark. 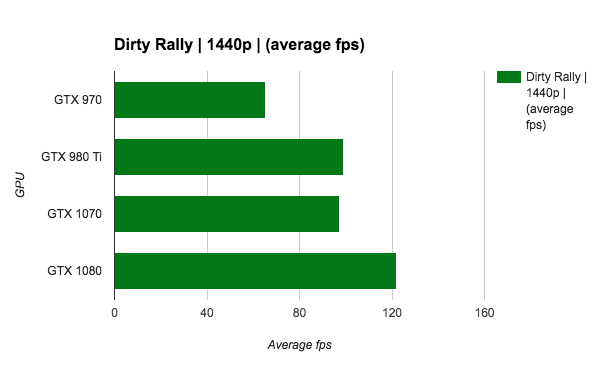 Shadow of Mordor’s built-in benchmark is short, but it tasks the GPU with some challenging effects, including weather, fire and explosions. I ran the game at its maximum graphical settings. 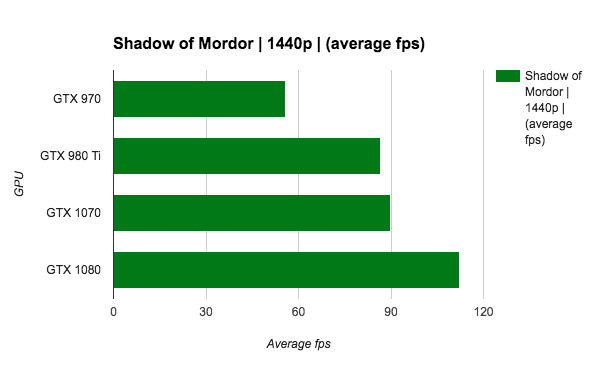 GTA V may be older than most of the games we use to benchmark GPUs, but it remains one of the most challenging. It displays a huge number of effects and objects to render at any one time.

The built-in benchmark tests the game in various ways, but I paid attention to the flying and driving portions, which are by far the most difficult. In this benchmark, we didn’t crank the game up to its maximum settings but had many of the settings on High and Very High to give each card a proper challenge. 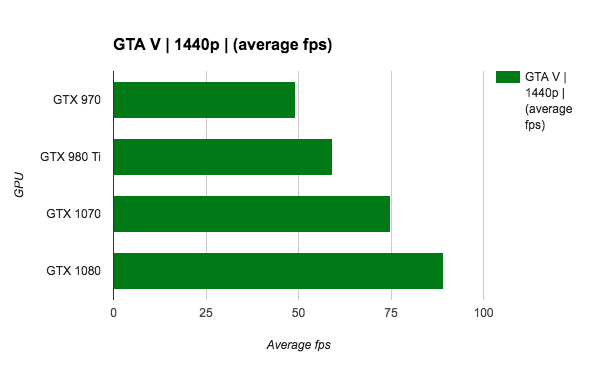 Rise of the Tomb Raider’s built-in benchmark tasks your GPU with some demanding lighting and weather effects across a variety of environments. I ran the benchmark with the game’s graphics maxed out to their highest settings in its DirectX 11 mode. 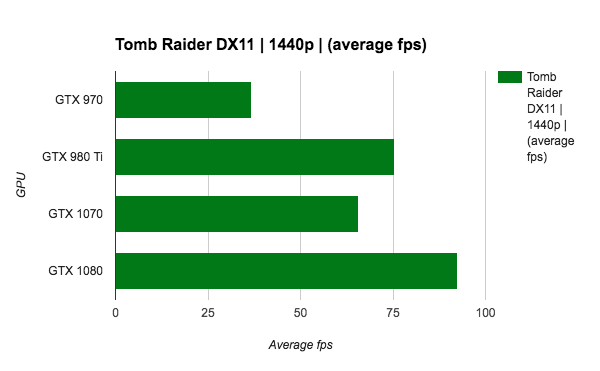 Hitman’s built-in benchmark forces the GPU and CPU to deal with numerous objects, NPCs and lighting effects. Of all the tests results, these were the oddest. I ran the benchmark with the game’s graphical settings maxed out in the DirectX 11 mode. 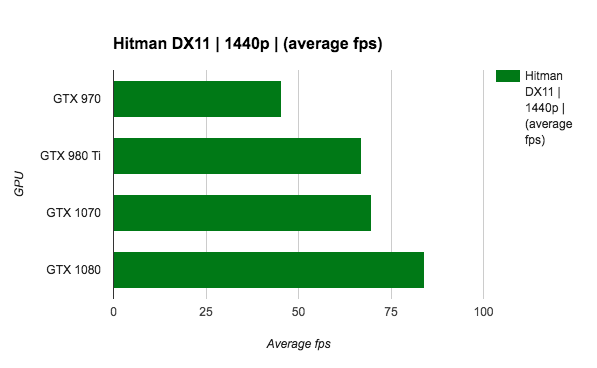 3DMark’s Fire Strike Ultra benchmark completed my series of tests. The benchmark doesn’t reflect the demands of any specific game, but it offers a good indication of a GPU’s overall performance, due to its widespread use and robust score library. 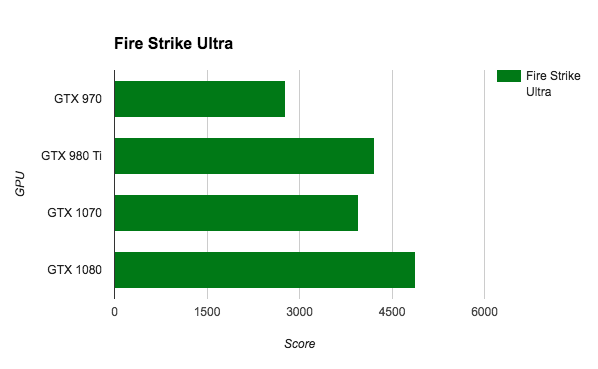 I haven’t had an opportunity to test the 1070 with the HTC Vive or Oculus Rift, so can’t sensibly comment on its VR performance. I’ll be sure to do so the moment one of the office headsets becomes available.

The GTX 1060 is another card worth considering if you have a 1440p monitor but perhaps don’t want to spend £400 on a graphics card. At the time of writing, you can pick up a GTX 1060 for around £250, and as supply picks up prices should start coming down, although that could be a long way off.

What you get with the GTX 1060 is a capable card that’s both ready for VR and capable of playing games at 1440p, albeit with around 25% lower frame rates than the GTX 1070. That still equates to very playable frame rates of between 45 and 60fps, which can easily be raised if you start tweaking settings such as anti-aliasing.

Another card that’s come along since the launch of the GTX 1070 is the AMD Radeon RX 480. It’s a very capable performer and is slightly cheaper than the GTX 1060, and you’ll still get some great 1440p performances out of it.

You can’t fault the GTX 1070’s graphical grunt. The card regularly obliterates its predecessor, the GTX 970, and matches, if not betters the performance offered by Nvidia’s previous generation GTX 980Ti flagship – a card that cost over £100 more when it first launched.

The 1070 doesn’t hit the hallowed 60fps average for 4K gaming, which isn’t surprising considering its price, but it easily beats it at 1440p and below – which are the resolutions most gamers currently play at.

I couldn’t get accurate results for DirectX 12-compatible games, since currently there’s next to no performance data. I’ll update the review with the data when DirectX 12 becomes more widely supported.

Performance junkies will always want to get the most from their rig and will no doubt want to dabble in some overclocking.

Nvidia has worked hard to support the practice on its new line of cards, loading them with GPU Boost 3.0 technology to provide gamers with more granular control over the frequencies and voltages they use. This in turn improves system stability following an overclock.

The tech works a treat, and over an hour and half’s session I managed to achieve an impressive 220MHz GPU and 260MHz memory overclock. This resulted in an average 6fps improvement in the games benchmarks running in 1440p.

The GPU overclock was the limit of what I could achieve. Some people have reported achieving a 240MHz overclock, but in my tests I constantly experienced lockups in games once I broke the 220MHz threshold. I could have pushed the memory overclock further, but had to stop due to time constraints.

I had only one Founders Edition GTX 1070, so I didn’t get a chance to check out how it performs in SLI.

If you’re a PC gamer stuck on a GTX 970 or below,  and are looking for a decent upgrade, the GTX 1070 is the best-value choice The card is the best value-for-money GPU available at the moment and blitzes through 1440p resolution gaming and below.

My only advice would be to wait for one of the third-party overclocked versions from the likes of Asus, MSI, EVGA or Gigabyte, which will inevitably appear in the very near future and offer marginally better out-of-the-box performance.

If you’re currently on a 980Ti or equivalent, I’d recommend holding off a little longer. The 1070 is a great card, but it isn’t a significant an upgrade on the 980Ti when it comes to regular gaming performance – although it’s significantly more power-efficient.

People on a 980Ti would do better to shell out for the full-fat GTX 1080, or hold off and see what AMD brings to the party later this year.