Samsung is a market leaders when it comes to SSD performance, and its flagship 850 Pro ratcheted the bar even higher. It offered stonking speed, and provided ample evidence that controlling the research, development and production of a drive provides the best results.

The 850 Evo isn’t a flagship drive, but it’s just as intriguing as the Pro version. For starters, it uses the innovative 3D V-NAND that made its debut in the Pro and, despite the high-end technology on show, it’s much cheaper. 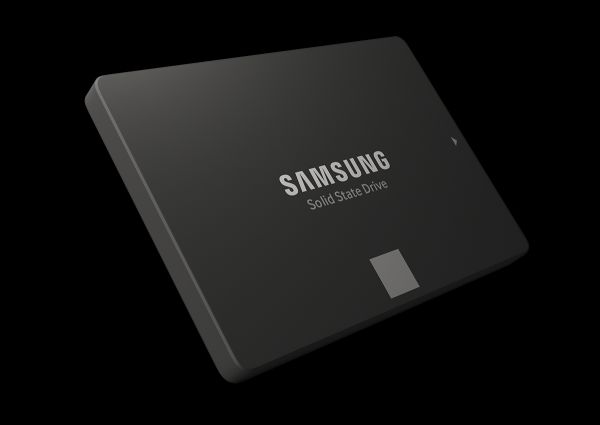 Samsung’s 3D V-NAND marks a sea-change in SSD construction. Previous drives have crammed ever-smaller transistors into horizontal layers in an effort to improve capacities, but now Samsung has stacked its transistors vertically, too.

That means Samsung can fit the same number of transistors into its drives without the pressure to make them smaller – a move that means a huge reduction into the electricity leaks and performance inefficiencies that arrived when tiny transistors were squeezed into traditional horizontal designs. It also means that this drive uses a 40nm manufacturing process – much larger than the 20nm or less used on other SSDs, and an illustration about the lack of pressure now being put on transistor size. 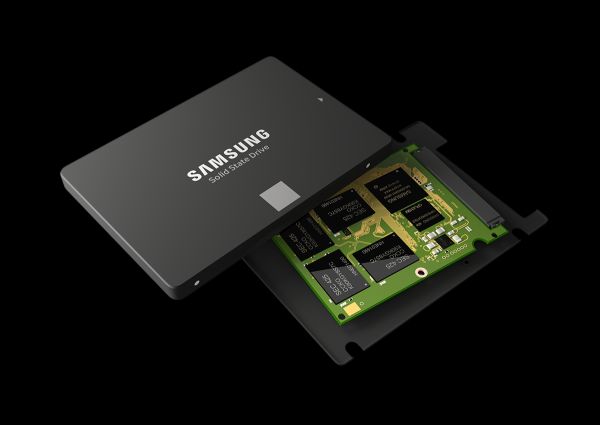 The 850 Evo has a lower price because it’s built with TLC rather than MLC memory chips. They’re triple-cell rather than multi-cell bits of silicon, which means that each individual data cell stores three bits of data rather than two.

That choice means more data can be stored in the same amount of memory, which means that the Evo’s costs are lowered – but it also means performance will take a hit because of that increased density.

The 850 Evo’s smaller capacities – 120GB, 250GB and 500GB – are powered by Samsung’s MGX controller. It’s a newer chip than the MEX used inside the 1TB 850 Evo and all of the 850 Pro drives, and it’s got two cores rather than three. That sounds like a regressive design, but Samsung argues otherwise: it says the dual-core, ARM-powered chip is more power-efficient, and that its smaller SSDs don’t need the third core anyway.
Some of Samsung’s Evo models differ from the flagship Pro in other departments. The smaller 120GB and 250GB drives have an endurance rating of 75TB, while the 500GB and 1TB versions are rated for 150TB. The former rating is middling, and it’s unable to match the 150TB rating given to all 850 Pro drives.

On the software side the 850 Evo matches its more expensive stablemate. It’s got support for 256-bit AES encryption, TCG Opal 2.0 and IEEE-1667, and it comes with Rapid Mode 2.0, which siloes a portion of a PC’s memory to use as a cache for the SSD’s frequently-accessed files – a mode that can give performance a boost. 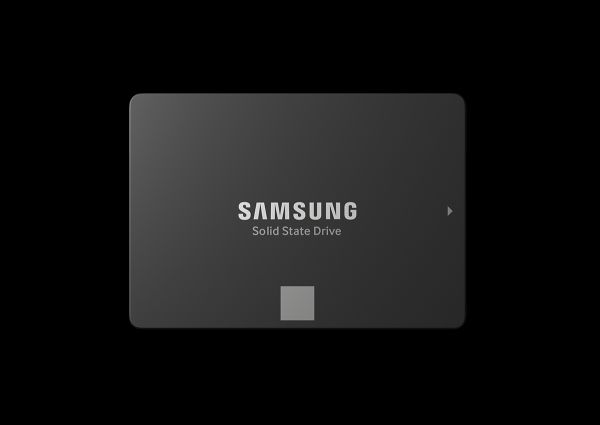 The Evo was never going to match
Samsung’s Pro drive for pace, but we’re pleased our 250GB sample wasn’t
far behind the 512GB Pro in most tests.

In AS SSD’s sequential
read and write benchmarks the Evo scored 510MB/s and 499MB/s. The former
figure is 17MB/s behind the 850 Pro, while the latter is only 3MB/s
behind. The 850 Evo is a better bet than the Crucial MX100, too: our favourite affordable drive was a little quicker in the read test, but it could only manage 331MB/s when writing.

The
850 Evo impressed in AS SSD’s small file tests. In the 4K read
benchmark its pace of 43MB/s actually beat the 850 Pro, and when writing
its 96MB/s result wasn’t far behind Samsung’s more expensive product.

The
Evo continued its good form in the 4K-64 test, where it wasn’t far
behind the Pro drive and still proved faster than most competitors. 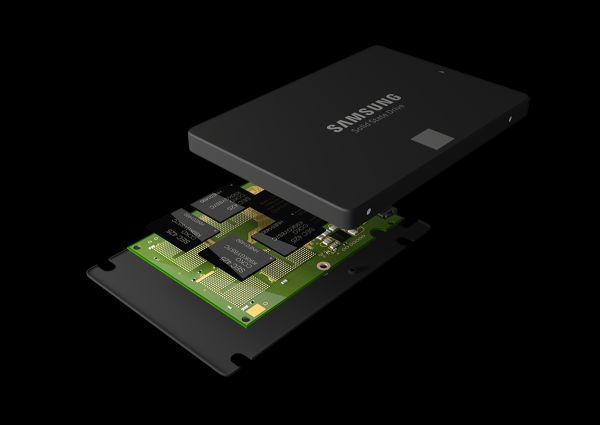 Atto’s
benchmarks measure performance across a wide range of file sizes, and
here the Evo’s TLC memory proved inconsistent. The Evo was at its best
when handling small files: its 419MB/s 8K read and 383MB/s 8K write
results smash the Crucial MX100, and it maintained its lead over the
cheaper drive when reading files up to 64KB in size – and in every file
writing test.

The Evo fell behind in Atto’s larger file read
tests, where it topped out at 550MB/s. That’s behind the 850 Pro and the
cheaper Crucial drive.

The IOMeter benchmark evaluates an SSD’s
longer-term performance, and the mid-range Evo fell between its two
rivals in our tests. Its all-in-one result of 5,270 I/Os is good: unable
to match the 7,826 I/Os scored by the pricier Pro, but miles ahead of
the 2,426 I/Os scored by the MX100.

The Evo sat between its
competitors in other IOMeter tests. Its 202MB/s pace was virtually in
between the 300MB/s and 93MB/s results returned by the Pro and MX100
drives, and the Evo’s average response time of 0.18ms was faster than
the Crucial but a tad slower than the other Samsung.

The
850 Evo comes with a five-year warranty. That’s two years better than
the deal provided with the last generation’s 850 Evo drive, but it’s
half the length of the generous coverage that comes with the Pro drive.

The
two Samsung drives don’t differ when it comes to their boxed extras –
neither have any. That’s a tad disappointing, as SSDs used to come with
caddies, blankers and even external enclosures, but it’s becoming more
commonplace as costs are cut. 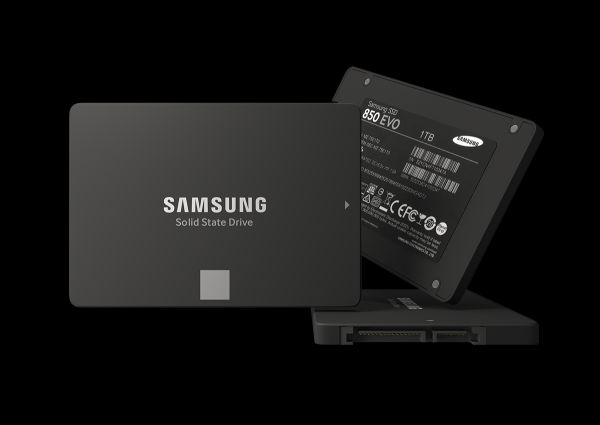 The
850 Evo strikes a good balance between price and performance. The
inclusion of TLC memory helps reduce the cost, and it’s tempered by 3D
V-NAND, which helps keep performance ahead of budget drives and within
touching distance of the Samsung flagship.

The good pace and £110
price mean the 850 Evo is the best mid-range SSD we’ve seen, but the
shrinking prices and increasing capacities of this market mean the
margins between competing products are smaller than ever. The MX100 is a
good budget alternative for modest machines, and the 850 Pro delivers
better performance for a little extra cash.

The 850
Evo mixes cheaper memory with 3D V-NAND technology to strike a keen
balance between price and performance, and it makes for an SSD that’s
one of the best mid-range drives we’ve ever seen. The faster 850 Pro
isn’t much more expensive, though, and capable budget SSDs are available
for even less cash.