What is the Nvidia GeForce GTX 980 Ti?

Updated: The GeForce GTX 980 Ti is the second most powerful graphics card from the last generation of Nvidia’s Maxwell graphics cards, sitting under the Titan X in terms of price and performance. With 4K ability and VR Ready certification, it’s a terrific graphics card that’s coming down in price all the time.

Since our original review of the 980 Ti, Nvidia has launched its first Pascal-based GPU, the GeForce GTX 1080. The GTX 980 Ti is one of the few GTX 1080 alternatives that actually comes off looking pretty good up against the new card. Part of this is down to its price; you can pick up a used GTX 980Ti for £400 or a new model for £550, and prices will surely tumble. Performance in the latest games running at 4K resolutions is still excellent, especially with an aftermarket card such as the overclocked version produced by EVGA. You can see a full list of the latest benchmarks in our GTX 1080 review, where an aftermarket GTX 980 Ti is also benchmarked.

With all of that said, if 980 Ti prices don’t drop a huge amount in the coming months it will start to look like a much poorer deal, so it’s worth hunting around for the best price if you want to save some money.

Below is our original review, written in July 2015.

This card’s Ti suffix suggests it shares DNA with the cheaper GTX 980, but this isn’t the case – the GTX 980 Ti is built with the same GM200 Maxwell core found inside the mighty Titan X.

That means the new card’s specification is far closer to Nvidia’s top GPU than the cheaper, standard GTX 980. It has 2,816 stream processors – which is only 256 behind the Titan – and six graphics processing clusters and 24 streaming multiprocessors. That latter figure is only two short of the Titan X but six more than the GTX 980. 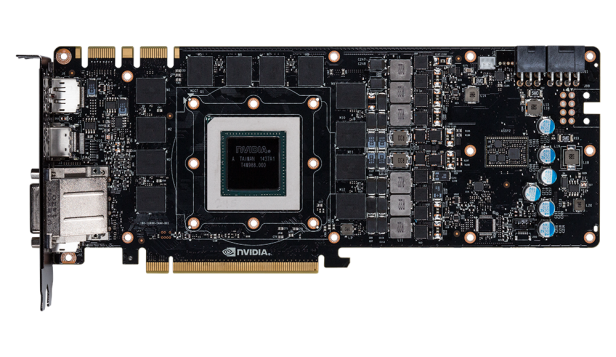 However, there’s one area in which the GTX 980 Ti falls behind the more expensive Titan X: memory. Nvidia’s barnstorming Titan X has 12GB of GDDR5 RAM, but the GTX 980 Ti makes do with half that amount. It’s still clocked to the same speed of 1,753MHz, and it’s still plenty – most cards don’t even have close to 6GB, let alone double that number.

At extemes it may make a difference, but it’s unlikely to be noticeable. It’s more for use in high-end computing applications, whereas the 980 Ti is more suited to gaming. 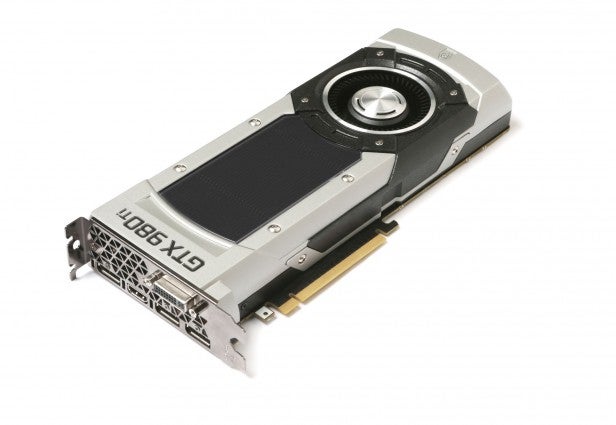 On the outside, the GTX 980 Ti and Titan X are similar too. Both have Nvidia’s swish aluminium cooler design, and both require single six- and eight-pin power connectors.

The GTX 980 Ti demands a more sizeable case: Nvidia’s reference model is 267mm long. In contrast, the AMD Fury X is much shorter since it uses a separate liquid cooler.

AMD’s older range doesn’t have anything that can compete with the GTX 980 Ti, with its nearest competitor falling well short of even the GTX 980. However, the new R9 series is expected to put up more of a fight.

The closest challenger will be the AMD Radeon R9 Fury X, which will cost around £510. It’s set to be an intriguing battle: the AMD card has only 4GB of RAM, but it has more stream processors and transistors than Nvidia’s card, and a faster core too.

We’ve loaded five games for this GPU test. Battlefield 4, BioShock Infinite and Crysis 3 all return from our previous reviews, and we’ve added Metro: Last Light and Batman: Arkham Origins to the mix. We’ve tested at 2,560 x 1,440 and 3,840 x 2,160 to see how the GTX 980 Ti will handle high-resolution single screens. We haven’t tested at 1080p, as we know this card is powerful enough to blast through any game at that lower resolution. 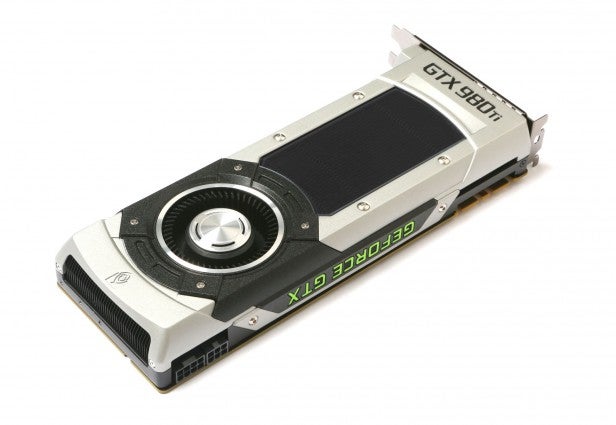 We’ve used 3DMark’s Fire Strike test and four Unigine Heaven benchmarks to test theoretical performance, plus idle and load temperatures and power requirements have been taken to see which card is the coolest and most frugal.

For prices, we visited the Scan website and noted down the cheapest stock-speed card we could find, although we will be referring to various overclocked and tweaked models available for each GPU – which will be more expensive – later on in the review.