Hitman Game of the Year Edition Review by Jordan King

IO Interactive’s Hitman remains the finest stealth title in recent years. It surpassed expectations with its vastly creative episodic format and wonderful range of locations. Playing as Agent 47 across the likes of Sapienza, Hokkaido and Paris was a joy, and continues to provide fuel for experimentation to this day. After parting ways with Square Enix, IO has now released Hitman: GOTY Edition, bringing all new content to the sleuthing adventure.

Hitman’s new iteration bundles together all episodes from the first season alongside Patient Zero, a new campaign that re-invents existing locations with new targets, equipment and outfits to discover. While shorter than I expected, it’s ripe with potential replay value and opportunities for endless murder. After wiping out a routine pair of targets, Agent 47 incidentally activates a slew of sleeper agents scattered across the globe. Conveniently, they’re all hanging around places you’ve visited before.

These personalities range from deranged cult-leaders to evil, mass-murdering authors. IO Interactive’s tongue-in-cheek writing is back in full force, providing us with brilliant moments of incidental humour as we try our best not to get caught. 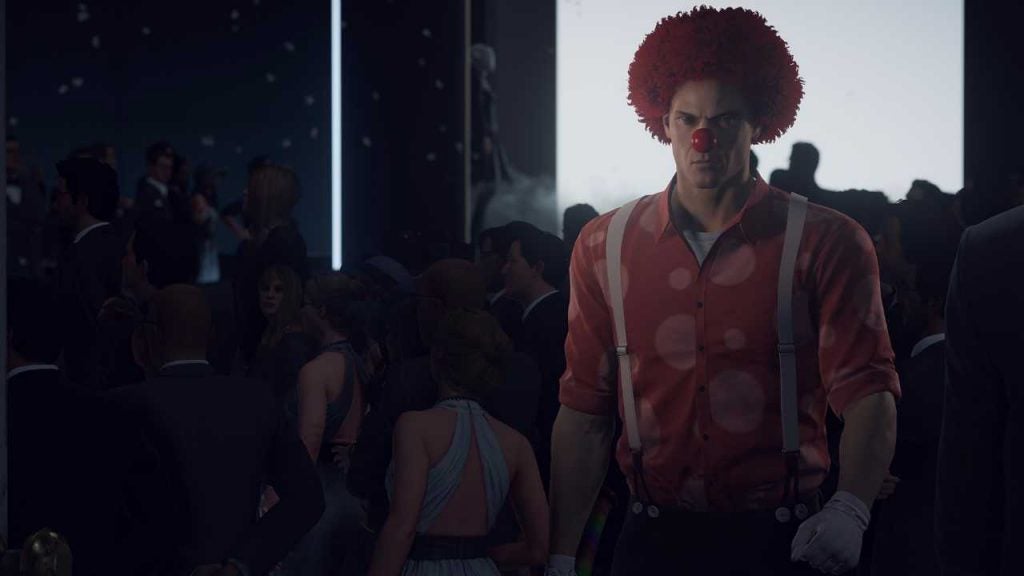 Hitman can be played however you like, whether it means going in guns-blazing or slowly working your way into an enemy stronghold with different disguises. The best thing is, it’s always fun and rewarding, with new challenges and equipment being unlocked as you begin to think outside the box.

Newcomers to Hitman have a ludicrous amount of content to dig into here. All locations can be played multiple times by chasing different opportunities or your own free-form style of assassination. You also won’t have to wait for episodic releases, getting everything in one, complete package without any of the hassle. I’d recommend playing through locations in order, as there is a surprisingly compelling story to be discovered between each level.

Every stage starts you in a static location complete with a new outfit and a limited load-out at your disposal. Agent 47 is expected to explore, find his targets and eliminate them by any means necessary. You could disguise yourself as a flower delivery man and murder someone at their mother’s grave or push someone off a mountain during an impromptu yoga session. Hitman is filled with great moments like this, both scripted and incidental. 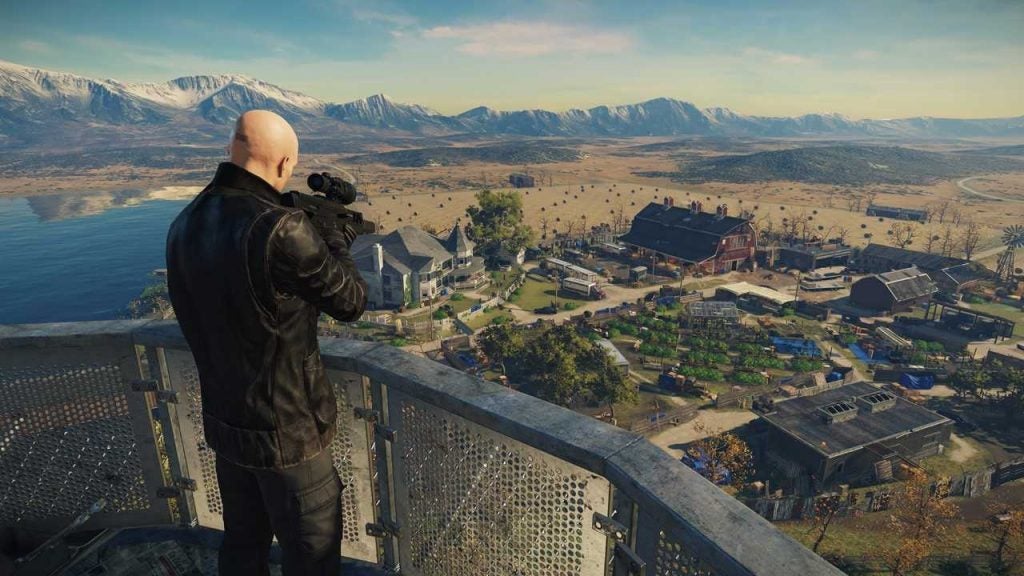 This is the ultimate Hitman experience, compiling a slew of excellent maps with an additional campaign that, while short, is terrific fun. IO Interactive has somehow managed to give players an immense sense of freedom without sacrificing the creativity so essential to Hitman. If you’re looking for something stealthy to dig into, you can’t do much better than this.

I can’t wait to see what IO Interactive has up its sleeves to show us in 2018.

Read on for Simon Miller’s review of Hitman’s Hokkaido Finale and all past episodes.

The final chapter of Hitman, Hokkaido, is a fitting end to seven months of content, matching the quality of the best the game has offered this year.

Each new episode has always felt like it wanted to test the skills you’d learned up to this point, and Chapter 6 feels the same. An absolute maze of corridors, secrets and security, you need to be on top of things almost instantly. Even the slightest drop in concentration can see you get in a world of trouble, especially since trying to run and gun your way out is next to impossible.

It begins when Agent 47 finds himself in the exclusive GAMA private hospital and resort. The setting is baffling at first, because it houses both zen gardens – where you’re encouraged to relax and unwind – and an research facility that’s covered in guards. It makes any kind of planning extremely difficult because you have to be aware that the environment can shift without warning.

This not only means making sure you’re ready with a new disguise at a moment’s notice, but also sees you under constant pressure. If you love Hitman because of its tense, sometimes suffocating atmosphere, you’re in for a treat.

It works brilliantly. No matter which target you go after you’ll be banging your head against a brick wall as you try to figure out how to do it silently, but those with patience and observational skills will soon find there are plenty of options.

This is, as always, helped by the returning Opportunity system. Filled with some absolute gems this time around – including a particularly pleasing situation involving yoga – IO has also seen fit to make you work especially hard even if you take a pre-planned route. The studio is still keen to point you in a very specific direction, but you’ll come up against some truly mind-blowing situations. It’s here in particular where all the knowledge built up in the previous episodes comes in handy. 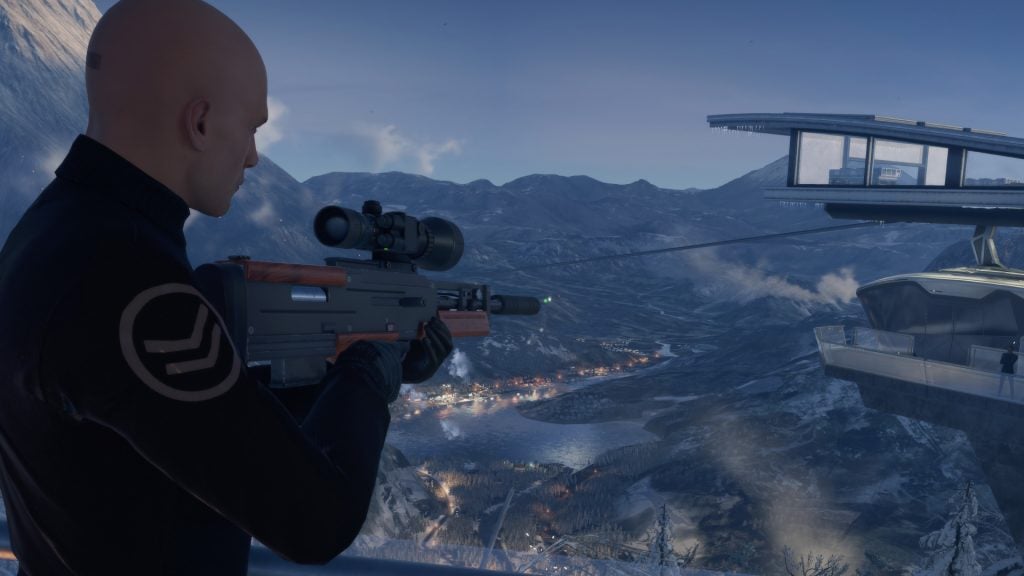 The final chapter feels even harder because Hokkaido is teeming with people, and trying to remain quiet is the biggest challenge of all. While it’s easy to forget given that we’re over six months removed from Episode 1, this is still considered the ‘last’ level in a game that’s been ramping up its difficulty since the start.

The crescendo is exactly what was needed, both in terms of the gameplay itself and the over-arching story. There is a lot to ponder after the credits have rolled.

To say any more would be venture into spoiler territory, but the story still isn’t the main reason to invest. Even after you’ve killed both initial marks there’s a wealth of content to throw yourself into, including some of the best contracts seen in the series so far. Far more than just your standard ‘here’s some extra stuff to do’, it carries real weight and fills in some key blanks that have cropped up over the course of Hitman. 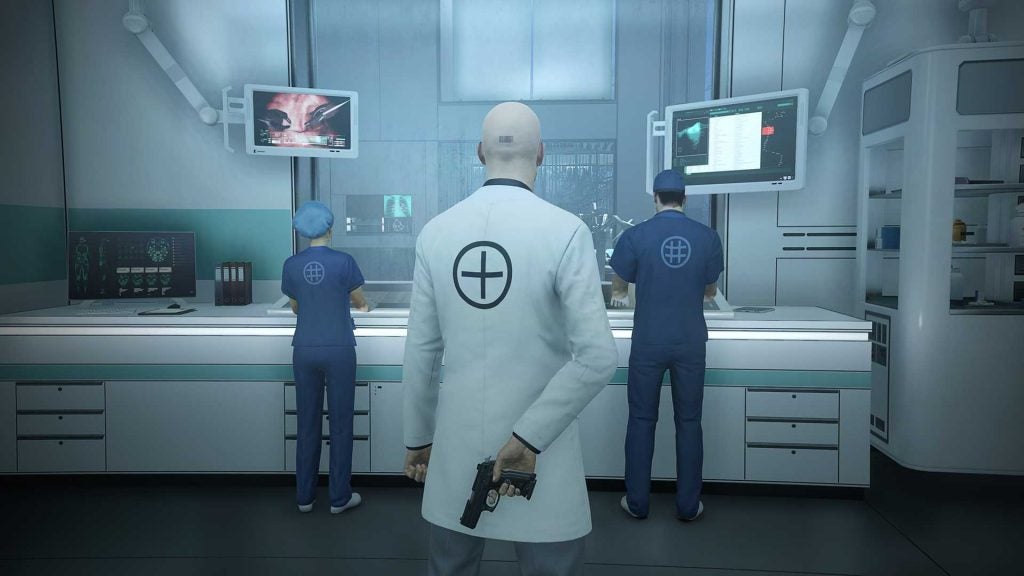 Ultimately, then, Hitman has been an utter success, especially now when we can look back at it as a whole product and judge it accordingly. Each chapter is suitably different from the last, and the way it encourages growth and experimentation as you go on is nothing short of spectacular. You have to be a fan of IO’s formula, of course – this isn’t tailor-made for everyone – but if you are, it’s hard to deny that it’s one of the best chapters the develope has produced.

It takes the idea of stealth and makes it accessible while never giving up that addictive challenge more hardened players seek. That’s not an easy thing to pull off, but Hitman is proof that not only can it be done, but it can be done very well indeed.

Even if you decided to wait until there was a complete package – as is now the case – it’s still more than worth going through. No episode feels of its time or specific to its launch window, and the sheer amount of depth in each one is just brilliant.

Hitman is an easy contender for one of the games of 2016, and an example of how to do episodic gaming correctly. There may have been the odd technical hiccup along the way, but the end result is excellent.