The Motorola Moto X has quite an unusual camera. It has a 10-megapixel sensor, where most rivals have either 8 megapixels or 13. The resolution isn’t the only odd thing about it – it’s a 16:9 image sensor where mobile camera sensors tend to be 4:3 in aspect. When you shoot at 16:9 with other phone cameras, you’re normally doing so at reduced resolution – not using the full sensor.

For the techheads among you, the sensor is the OmniVision OV10820. It’s a 1/2.6-inch sensor, much larger than the 1/3.2-inch sensors you get in most phones. It uses an RGBC pixel array, featuring an additional clear subpixel in its colour filter to provide better low-light performance. For all these reasons we were quite intrigued to find out how Motorola’s approach performed in real-world use. 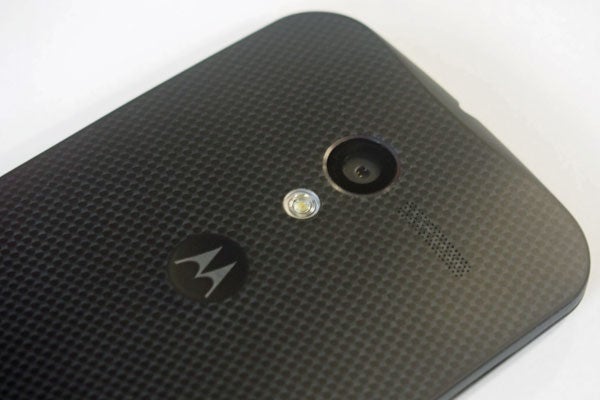 With a 10-megapixel sensor you’d expect detail capture to sit somewhere between the Samsung Galaxy S4 and the Nexus 5, which have 13-megapixel and 8-megapixel sensors respectively. However, sharpness is slightly disappointing, with less fine detail in evidence than the best 8-megapixel phones.

You do get a lot more fine detail than with an HTC One, though. 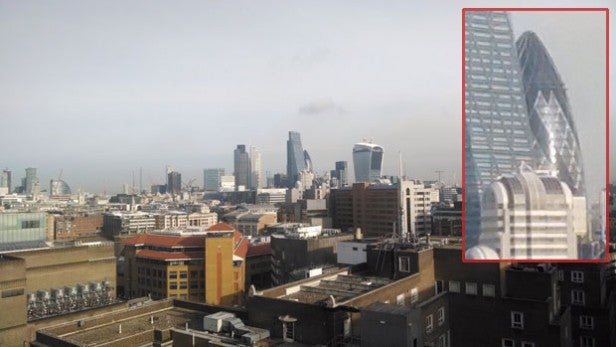 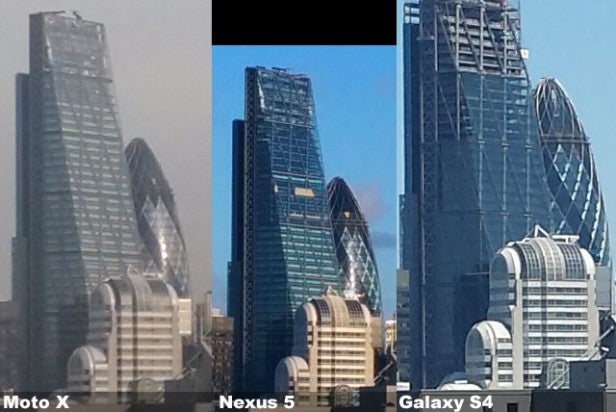 Motorola tries to make the Moto X as fast as possible as a camera. The first way it does this is with a ‘two flicks of the wrist’ gesture that launches the camera app, no matter what you’re doing with the phone. And it’s fast – ready to go in about 1.5 seconds, and signals that it’s doing so with a vibration crescendo.

Shooting speed is reasonably good, too. Shot-to-shot speed in normal shooting, including focusing, is about one second, but you can burst shoot by holding a finger on the screen. Like this, the Moto X shoots at about 3fps. When shooting in this mode, though, focusing is locked so it’s only useful for shooting at a consistent focal distance. It’s a good mode for shooting kids running about, though – standard shooting is a little slow for this purpose.

The Moto X features the same camera interface as the Moto G – although it actually debuted as part of the Moto X’s US launch. It’s a very simple interface that takes away most of the control from you in favour of making shooting simple and quick.

You summon the control wheel by flicking left to right on the edge of the screen, and it offers the following options:

There are no scene modes, no control over things like ISO and none of the frothy modes you get with rivals like the Galaxy S4. The latter is no great loss. 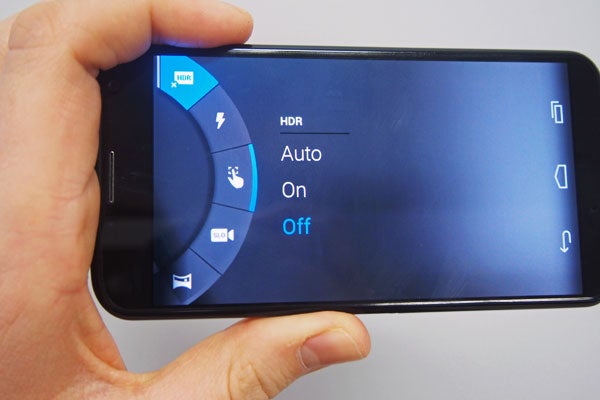 What the app does lack, though, is a true low-light mode that ramps up the sensitivity of both the on-screen preview and the sensor itself to deal with flat-out poor lighting conditions. In these sorts of situations, the Moto X doesn’t fare well at all.

It also doesn’t allow traditional touch focusing. Instead, you have to drag a reticule, used to determine both the focus and exposure. It’s slower to use than the sort of touch focusing you get with most phones, but at least it is there. When the Moto X first launched in the US, even this mode was missing.

Specs-wise the Moto X should be a low-light winner. It has a larger sensor than most, and its colour filter is meant to increase low-light performance.

In reality, the Moto X doesn’t perform very well in flat-out poor conditions. Without a super-high-sensitivity mode dedicated to rubbish lighting, the camera often fails to pick out a scene properly at all – where the iPhone 5S and Sony Xperia Z1 would have no problem. Motorola hasn’t put in place the necessary software to really make use of the interesting sensor in this phone.

Performance with the flash engaged isn’t great either. Despite using the LED flash as a focusing aid when the flash is switched on, focusing reliability in low light is pretty poor when shooting subjects close up. The results are better when your subjects are further away.

One benefit of the larger-than-average 1.4-micron sensor pixels is that the Moto X has fairly good dynamic range, when shooting without HDR mode, which boosts dynamic range by merging exposures. Dynamic range determines the detail visible in the darkest and brightest areas of a photo, and this shot shows fairly well what the Moto X is capable of.

Exposure is fairly well judged – if a little dull looking – and the level of detail maintained in the shadow areas of the building under construction is good. 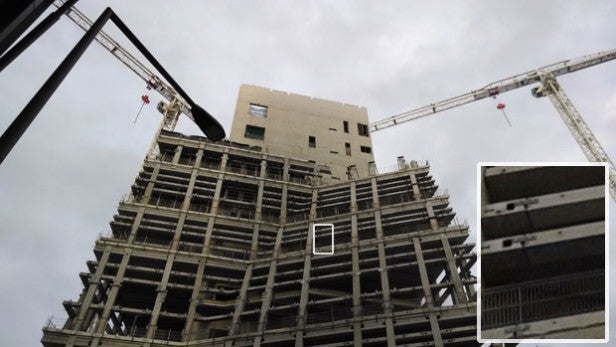 However, any dynamic range skills are put into shade (no pun intended) by the excellent HDR mode. If you want your photos to pop, you need to use this mode. It’s wonderfully effective, and produces the sort of shots that are likely to impress people on social networks without having to use any more filters.

Here are a few demo shots: 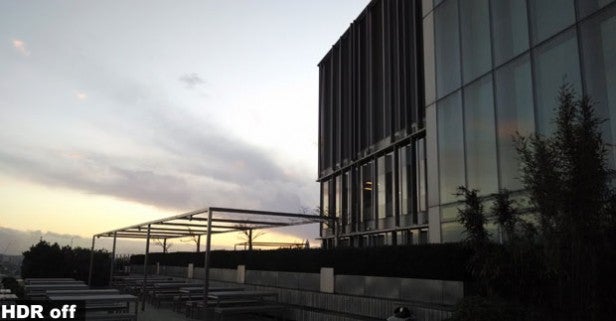 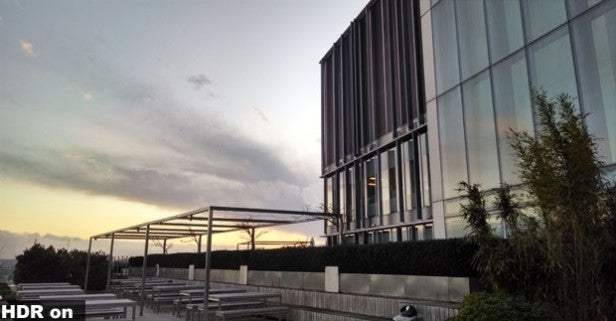 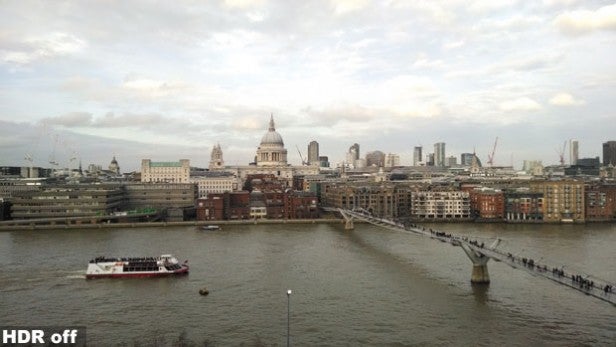 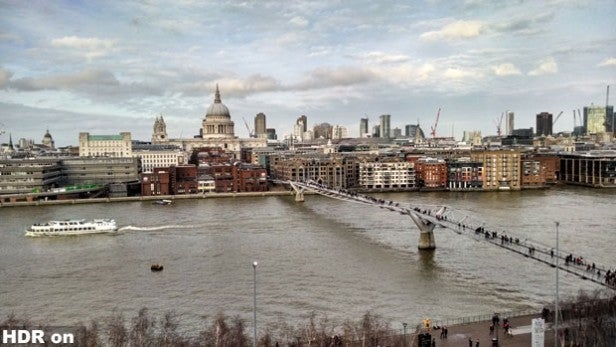 The HDR comparison above is a good example of how the mode can improve colour, which is bled out of the scene in the ‘non HDR’ shot. You could almost assume they were taken on different days.

Here’s an example of the magic the HDR mode is capable of. In a non-HDR shot the sun flare would overpower the image below. But with HDR engaged, it’s a relatively minor influence. 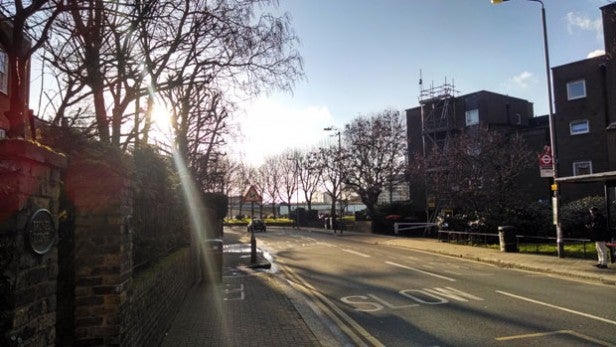 The phone’s camera app is not great for macro shots, though. There’s no macro mode to enable, and while this never gives a camera extra abilities as such – focusing range will depend largely on the lens – we did find it tricky to lock onto close subjects.

The focus reticule does not let you pick subjects with enough specificity, and will often mis-report being in focus when it’s actually a background element that the Moto X has honed in on. Minimum focal distance is about 10cm, but when out shooting objects in real life we found it frequently tricky to get a hold on anything closer than 20cm. 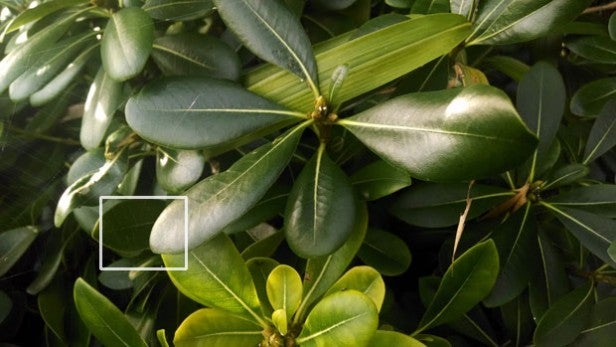 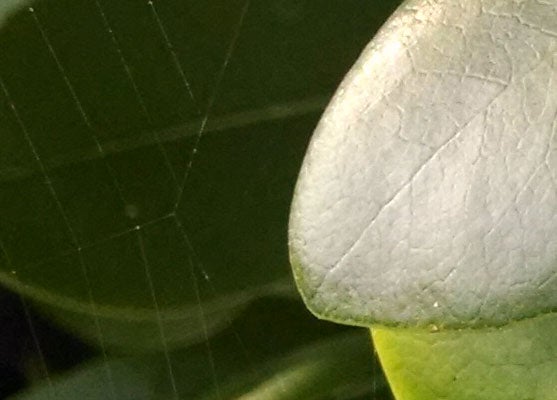 Video capture is dead easy with the Moto X, as there’s a dedicated video button on the camera app screen. However, you have almost zero control beyond choosing whether you want to shoot in slo-mo or at normal speed.

There’s no manual mid-capture refocusing – tapping on the screen takes a still rather than refocusing – and the phone only shoots video at 1080p MP4.  However, the actual output is decent. It refocuses automatically during shooting, and does so quickly, while its changing of exposure settings is fairly smooth. There’s no optical image stabilisation and no dramatic software stabilisation measures, but the Moto X can produce solid video.

It gives its slo-mo video mode much more limelight that most other phones, too, with a coveted spot on the camera app menu. It shoots at 720p/60fps – which is not as pronounced an effect as the 120fps you get with an iPhone 5S, but it’s still good fun.