With the Moto G6 out you should look at that instead

The Moto G5 may be over a year old and its successor, the excellent Moto G6 may now be on the scene making headlines for all the right reasons but 2017’s G-Series handset is still a winner.

It does, however, make the least impact of any Moto G to date, so if you find a Moto G4 at a bargain price you should consider that too. But if you can’t, here’s why the Moto G5 is still worth your hard-earned cash.

If you’re new to the Moto G series, the Moto G5 is a perfectly inoffensive, pleasant looking phone with some elements that give it a touch of class. For those already familiar with this phone family, there are some important changes.

The Moto G5 is a much smaller phone than the Moto G4, because it has a 5-inch screen rather than a 5.5-inch one. It’s much closer to the size of the old Moto G3. I had a chance to compare the two directly, and the Moto G5 is actually a bit wider, but slightly slimmer.

That extra width is what stops the Moto G5 from seeming like a phone radically more expensive than its price: bulk means ‘budget’. Those bits of screen surround are rather chunky and highlighted by the chromed outline. 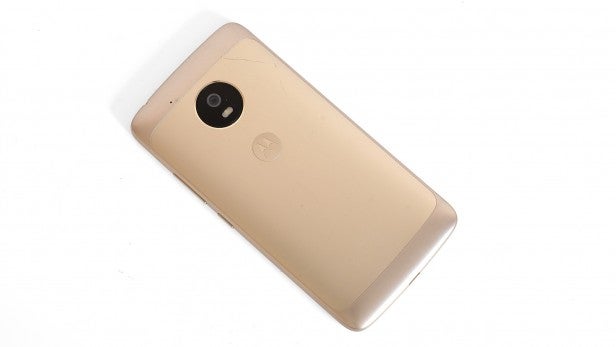 These chrome bits characterise what Lenovo has tried to do with the series, to glam it up a bit. Until now, all Moto G phones have been almost relentlessly practical, mostly-plastic and wallflower-like, but the Moto G5 has a lot more metal on show.

The main panel on the back is aluminium, but this is not a metal unibody phone. Pull off the removable back to investigate and you’ll find the metal is actually just a sliver of aluminium locked into a plastic frame. Realising this is slightly disappointing when companies like Honor and Huawei make affordable phones where metal dominates more.

That said, Lenovo has styled-out the design well. The curves between the metal and plastic parts look good, as does the contrast between the black camera circle and the silver or gold back. It may not really be the radical build upgrade it seems, but the style is much more deliberate. Older Moto Gs look plain in comparison, although like many I have a lot of affection for the no-nonsense style of the first three Moto G generations. 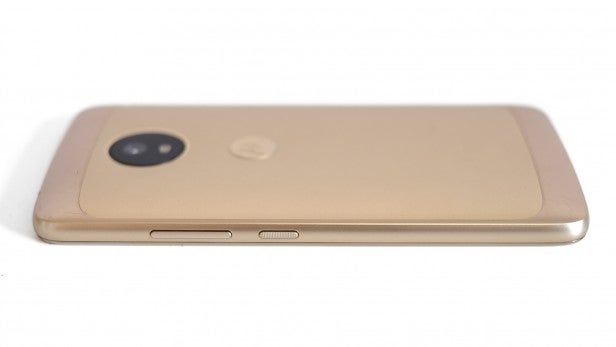 I’d recommend getting a case for the Moto G5 as after a few weeks of use scratches in the aluminium and nicks in the chrome screen border are likely to appear. The parts likely to wear the best are the glass on the front and the plastic on the sides. You’ve been warned.

Beneath the screen is a very good fingerprint scanner. As standard, it’s not used as a Home button, but dig into the Moto app and you can make it replace all the home keys. Swipe left for ‘back’, right for ‘recent apps’ and a tap for Home: it works well. It’s also much prettier than the Moto G4 Plus’s ugly scanner, too. 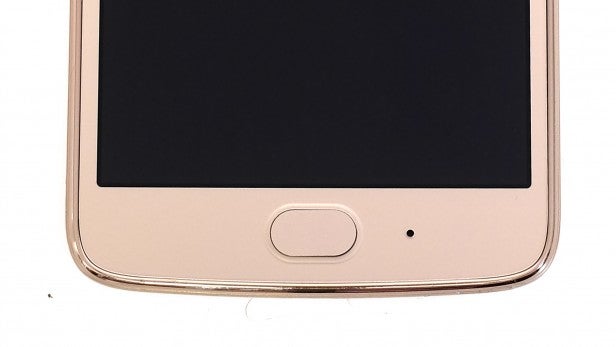 There’s no NFC, so you can’t use Android Pay, which lets you use a phone as a contactless debit card. The Moto G5 also uses microUSB rather than the newer USB-C, which has become the norm for most current phones. It dates the G5 a little, but for most people, it ultimately doesn’t matter.

Fast charging doesn’t rely on USB-C (this phone has fast-ish charging) and USB-C doesn’t even guarantee super-fast file transfers. The main benefit of budget phones is being able to jam the plug in either way. Hardly a life-changer.

The Moto G5 has 16GB of internal storage, which is as much as you could expect at the price, plus it has a microSD slot. You can also remove the battery, a rarity these days. I tend to recommend investing in an external battery rather than spares for your phone, but many of our readers love the idea of being able to replace the cell when it starts losing capacity two years down the line. 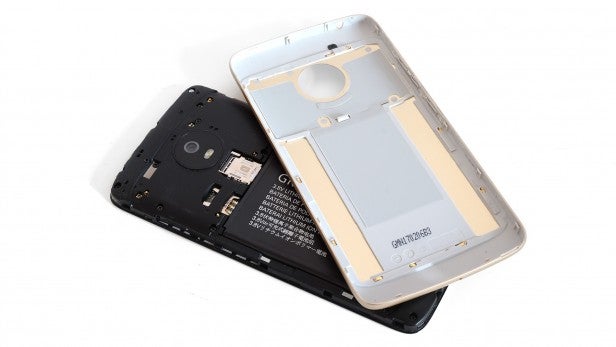 The Moto G5 has a 5-inch screen. That’s a good size for just about anything, from reading articles to playing games and watching Netflix, without the pocket bulge of a 5.5-inch display like the Moto G4’s.

Its specs are perfect for the money, with 1080p resolution where the older Moto G generations with this size of screen used 720p panels. It’s sharper than an iPhone 7, with the same number of pixels as the iPhone 7 Plus. No complaints there. 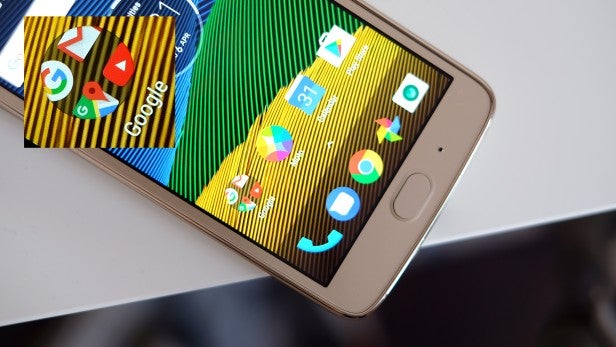 On first turning the Moto G5 on, I could tell it doesn’t quite have the depth of colour as, say, a £500 phone. However, the undersaturation is very, very slight and I stopped noticing it within a few hours.

There are actually two different colour modes, Standard and Vibrant, and if you use the latter the Moto G5 doesn’t look too far off a phone twice the price or more. ‘Standard’ is an sRGB-like mode, giving a relaxed look, but I think most people prefer the punchier mode. 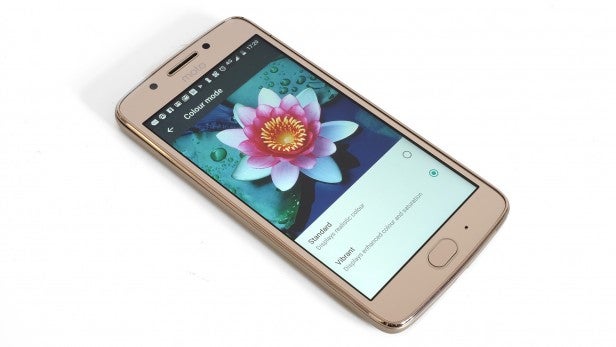 The IPS LCD doesn’t have contrast or black level of an OLED, but only display obsessives and those that regularly watch Netflix in bed with the lights off will notice much. I’d be happy to live with this display, even if I had a top-end phone lying around waiting to be used.

Viewing angles are great, with only minor brightness drop-off at an angle and brightness is good enough to cope with outdoors use. Is it a downgrade from the Moto G4? It’s smaller and slightly less bright, but I’d put them in the same class. It’s also on-par with some phones well over £200.