There’s no provision for social networks built into the Motorola Moto X, beyond the Google Hangouts app. This hooks into Google Talk chat, and can even be used as an all-in-one messenger – when you first run it, it asks if you want to use it to read SMS messages as well as chat online.

To connect to Facebook, Twitter and any other networks you dip into, you’ll need to download separate apps from Google Play. Some of you may prefer to have everything in place from square one, but the Moto X’s acceptance that it can’t do everything itself is refreshing. And it means the phone is almost entirely bloat-free.

Motorola’s contribution to how the Moto X functions is seen more in how you interact with the phone than in its apps library. It’s about the Active notifications screen – an alternative to a simpler LED notification – as well as the way you can flick the phone twice to launch the camera and how you can talk to the phone to make it work. Admittedly that last one’s a Google addition that, as with the Nexus 5, we couldn’t get to work properly. 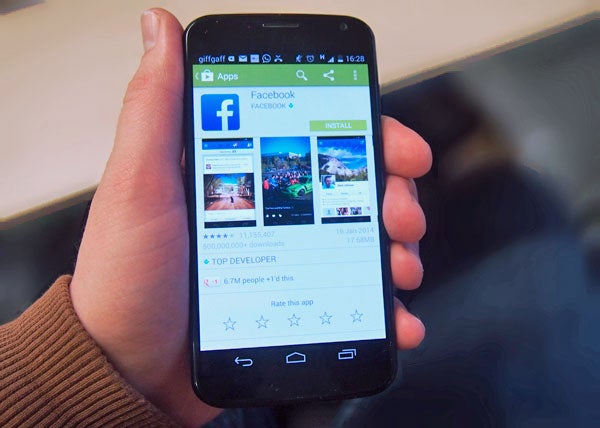 Keeping its software simple is a way for the Moto X to ensure good performance. It’s fast, it’s responsive – more so than the Motorola Moto G, and even the Samsung Galaxy S4, which at times is slowed down by its TouchWiz interface.

However, in pure hardware terms the Moto X isn’t impressive. It uses the 1.7GHz dual-core Snapdragon S4 Pro CPU and has 2GB of RAM.

The S4 Pro chipset is a few steps behind the competition. From late 2012 to the end of 2013, phones at first moved from the S4 Pro to the Snapdragon 600 chip, and then on to the Snapdragon 800, which is now the most popular high-end Android chipset. The ageing Snapdragon S4 Pro is behind the times, especially given how much you’re paying here. You won’t notice the difference if you don’t know the spec figures, but it makes the Moto X a tougher sell. The Geekbench 3 scores tell it all, as the Moto X comes out with 1200 points, the Galaxy S4 around 1650 and the Snapdragon 800-toting Nexus 5 around 2700.

We didn’t find any top-end 3D games – including our usual benchmark, Real Racing 3 – to pose any kind of problem though. This may be in part down to having a 720p screen instead of a 1080p one. Fewer pixels to render means less stress on the CPU/GPU. 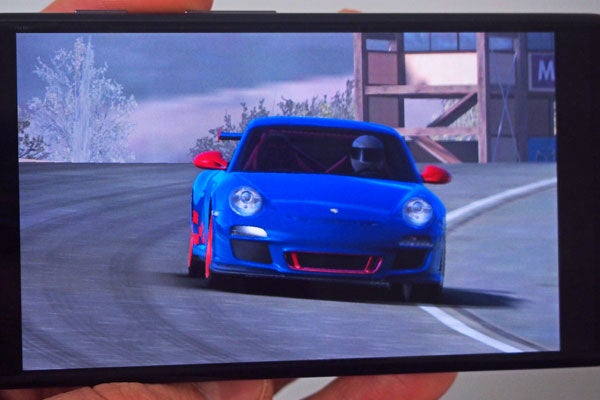 The Motorola Moto X is a fantastic web-browsing phone for a number of different reasons. First, it has 4G for even faster web trawling than a lower-cost mobile. Second, its relatively narrow frame makes the screen easy to navigate with a thumb than a larger 5-inch-plus phone. The Moto X hits a sweet spot in this regard.

It also has the power and the software for great browsing. It uses the Chrome browser rather than the ‘stock’ Android browser – missing out on text reflow but otherwise offering a good browsing experience.

The X uses the standard Android keyboard, which offers a simple but solid layout. As we noted in our Moto G tips and tricks article, we recommend switching to the Google keyboard, which is available for free from Google Play. It’s almost identical, but supports gesture typing. This is where you draw a line over letters rather than tapping on them. It’s faster, and often more accurate for speed typing.