There’s a 2200mAh battery in the Motorola Moto X, and it’s designed to fit the phone’s curved rear. That’s just a little below the 2300mAh of the HTC One. The non-removable back means you can’t take it out, and you can’t carry around a spare.

Factoring in the lower-power processor and the lower-resolution screen, you might expect stamina to be strong. However, it is unremarkable.

The Motorola Moto X won’t last for two days of moderate use. We found the battery level getting low by the evening each day, necessitating a daily charge for the majority of people. In fact, stamina is worse than the Moto G‘s, which is pretty disappointing given it’s the more expensive of the two. Motorola has clearly stepped away from its previous focus on battery life. 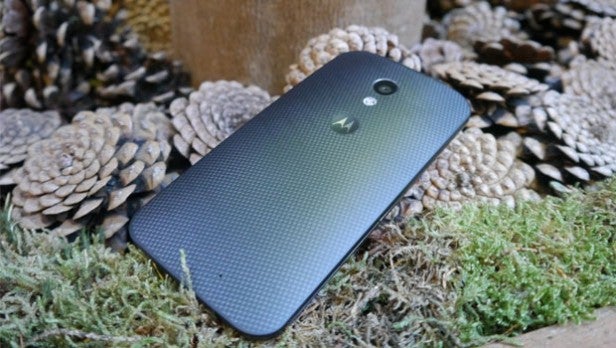 Speaker quality is better, however. The call speaker is much better than average, with a louder, clearer and more powerful sound than most. Its ability to actually relay bass in particular is unusually good.

The main rear speaker, which fires mono sound out of a grille just to the right of the camera lens housing, is also a cut above in some respects. Sound quality isn’t particularly remarkable, but pure volume is. It is louder, and distorts less, than the Moto G speaker. And while it doesn’t have the bulk of the HTC One or quite the top-end sweetness of an iPhone 5S, it isn’t bad at all. 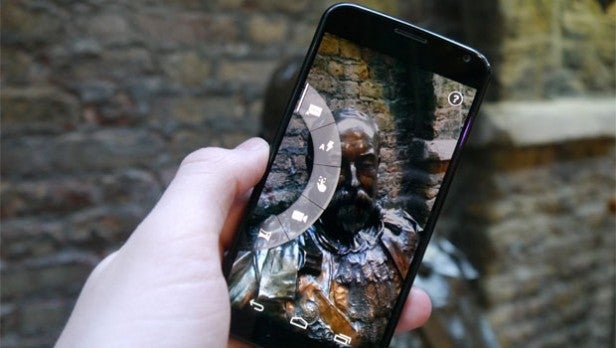 Should I Buy the Motorola Moto X?

The Motorola Moto X gets a lot of things right. It’s halfway to becoming a Nexus-style ‘Google phone’, with an interface that’s almost entirely vanilla – although you still won’t get updates as quickly as you would with a Nexus device. It’s also quite small for a phone that sits at the top of a company’s range. It has the same size screen as an HTC One, but it’s a good deal smaller. This is a phone that’s tremendously easy to get on with in almost every respect.

However, its SIM-free price does seem a little expensive when the HTC One and Galaxy S4 are available for the same price – and offer higher specs. And it’s also shown up by the aggressively priced LG G2 – it sells for the same price but has a more impressive screen and a faster CPU. After the bargain-tastic Moto G, the Moto X is a minor disappointment, especially as its camera doesn’t quite perform as well as we’d hoped. However, as an alternative to the HTC One Mini and Galaxy S4 Mini, it’s a strong contender. It’s all about the price you can buy it at.

The Motorola Moto X isn’t a bargain like the Moto G. And it doesn’t have the specs to be a true top-end phone. However, the streamlined approach it takes to Android is exceptionally easy to get on with.