What is the Motorola Moto X?

The Motorola Moto X is the top-end phone in Motorola’s line-up. It sits above the Moto G and Moto E as the company’s alternative to mobiles such as the LG G3 and Samsung Galaxy S5. Selling for £420 SIM-free, it starts at a slightly lower price than those Android giants did, but as most of its core rivals have been out for a while, it only offers a slight price advantage, if any.

Those who want a simple, stripped-back approach to software may love the Moto X (2014). However, there are a few too many hardware problems for it to be able to ride alongside the best alternatives. 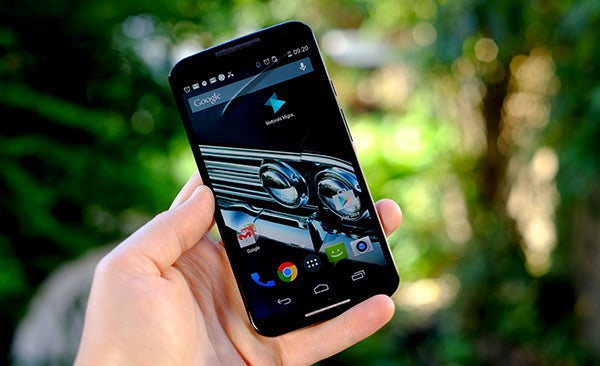 Trying to pin down the value of visual design elements can be contentious. We’ve heard much praise for the 2014 Moto X’s visual design from some quarters.

We’re not so convinced. However, the ergonomic properties it brings are much easier to agree on.

The Moto X offers a sense of intuitiveness in day-to-day use that no other 2014 phone has managed to provide. How? The collective workings of a series of clever hardware decisions, and software additions. 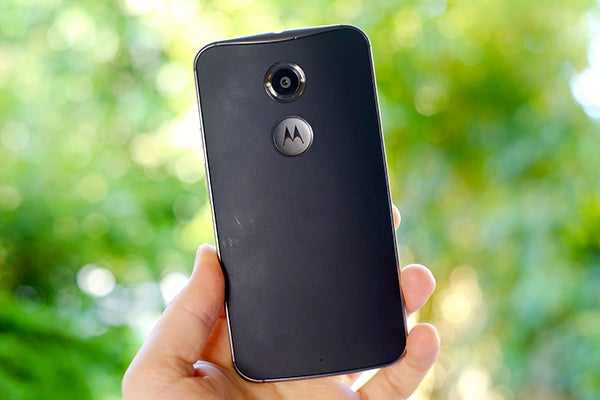 The most obvious is the Moto X’s shape and size. With thin bezels, a slim body and a pleasantly curved back, it’s very easy to handle for a 5.2-inch phone.

And while it’s not unibody in the same style as the HTC One M8, every edge is rounded off to ensure that, however you hold the Moto X 2014, it feels good.

The basics of the hardware are just the start, though. Those dozens of little interactions we have with our phones every day are quicker with the Moto X than with just about any phone. 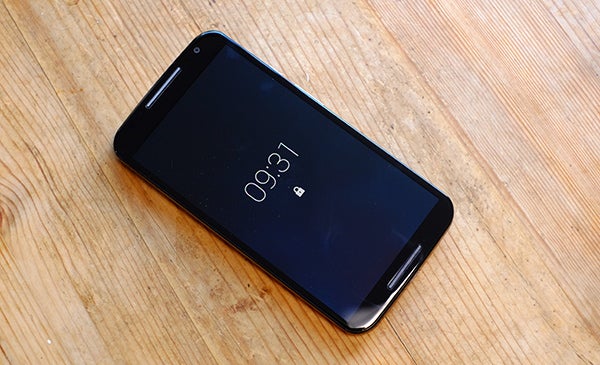 Its lock screen turns on whenever it detects motion in front of the screen. You might see this demonstrated by someone waving goon-like at their mobile, but in use we found that whenever we got the Moto X out, it was ready, displaying the clock and unlock icon, as well as any notifications you might have.

You get a rare sense of immediacy here, and one that has nothing to do with the power of the CPU. Hardware does have a part to play, though.

Like so many top phones, the Moto X has a low-power co-processor that lets the phone constantly monitor secondary sensors without using much battery. What lets this phone go a step further is how its screen technology works.

The Motorola Moto X has an AMOLED screen. As well as being capable of much greater contrast than any LCD screen – the IPS types used in most phones are merely a kind of LCD – only a tiny bit of the screen can be ‘turned on’, using a fraction of the power that, say, the iPhone 6 might use.

So when the clock turns on when it thinks you might need it, only the lit-up part of the screen is fully activated – in an LCD phone the whole backlight would be illuminated, creating a much greater strain on the battery. Clever, right? 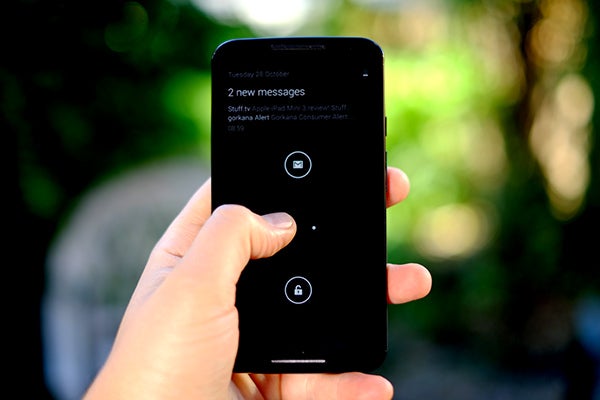 As well as removing a step between the phone being in your pocket and getting it unlocked, the Moto X also offers great presentation of any notifications in this pre-unlocked state. They appear as simple little icons – an envelope for emails, for example. Press them and the details pop up at the top of the screen. And yes, you can turn these off if you’re worried about privacy or security.

But they make the phone feel incredibly snappy.

Given this dedication to getting you into using the phone quickly, a fingerprint scanner might seem like a natural choice. But there isn’t one. There’s even a recessed spot on the back where one might be placed, but all that sits there is the Motorola logo. Will a future Moto phone offer one in this spot? Almost certainly, given how widely they’re being adopted. 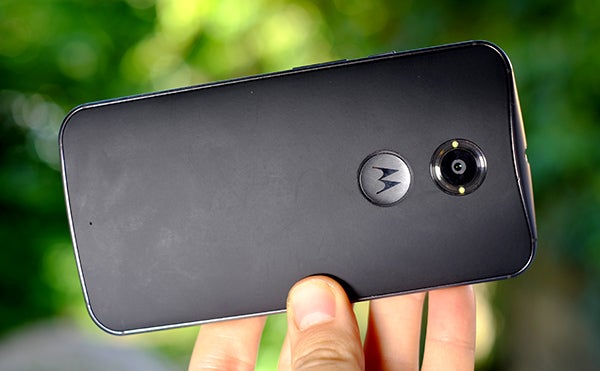 The Motorola Moto X also makes much more of this indent than the other Moto phones on which it’s found. And it seems to be down to how the phone is constructed – it’s part of the metal frame, where the surround is merely a locked-in backplate.

While the majority of Moto X phones in the UK will probably be white and black, far more customisation is available if you buy from Motorola directly, using the Moto Maker website. Our review sample is finished in soft-touch plastic, but you can also get Moto Xs with real wood (veneer) and real leather backs.

The colour of the phone’s ‘accents’ – that’s the speaker outlets and the ring around the Motorola logo indent – can be customised, too. 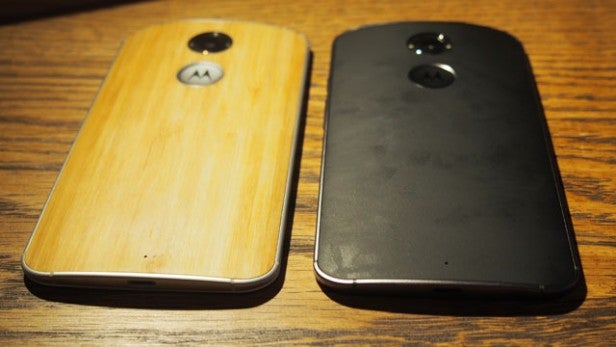 Choice of this kind is good, especially when upgrading to wood or leather only costs you an extra £20. However, we think it led to the Motorola Moto X appearing a little ‘bolted together’ compared with some – even the original £130 Moto G (the 2013 edition).

Motorola seems to be embracing this style – the industrial aesthetics are present in the ring flash, too. I’ll descend to personal pronouns at this point, as it doesn’t seem to be a commonly voiced opinion, but I think it makes the Moto X less attractive than it could be, given how much effort has clearly been put into the design.

It’s not beautiful, but feel free to disagree. Despite being self-consciously somewhat Frankenstein’s-monster-like, it’s something that only exhibits in the look, not the feel. There’s zero flex, even to the plastic version, and the inner and outer frame of the Moto X is metal. The sides and the indented logo are made of the stuff.