The Motorola Moto X has a 2300mAh battery, and thanks to the locked-in backplate you can’t get access to it. We got used to this in higher-end phones a long time ago, but the capacity is a little low, too.

It’s only 10 per cent higher than the Moto G 2014, which has a lower-res 720p display. A comparison with the Samsung Galaxy S5 also deserves to be made: the Samsung rival has a much larger 2800mAh unit. 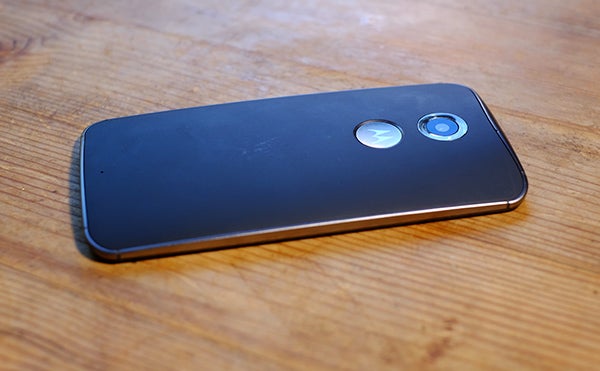 As a result, stamina is not as impressive as it is in some of the top Android alternatives. Use the phone fairly intensively and you can quite easily drain it in the day. When displaying a full screen’s worth of content, the display seems to be fairly juice-sapping, even if it doesn’t use much power when showing the ‘glance’ notifications on the lock screen.

We should be clear – stamina is not dreadful by any means, and most people should comfortably get a full day, but it’s a way off what the other phones in this class can achieve, bar the Nexus 5 (which is also pretty poor on battery stamina).

In our standard video-playback battery test, in which we leave a phone playing a 720p MP4 file on middling brightness until it dies, we got a solid but ultimately only passable result of 10 hours and 30 minutes. When streaming video over 4G, the phone lasted for just under five hours. Rivals, particualrly the 14-hour Sony Xperia Z2, outperform the Motorola. 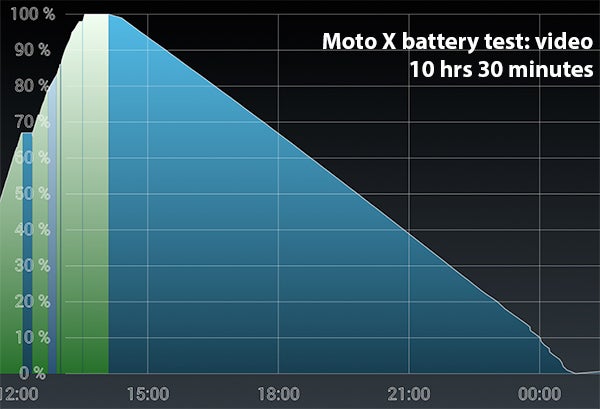 We also expect that the reasonable 10.5-hour result may have been helped by the black bars in the widescreen film, meaning that part of the screen is deactivated throughout.

Motorola Moto X – Call quality and other things to consider

The Motorola Moto X offers good call quality, with a more robust sound than most. We did notice a little treble fizziness when the quality isn’t too hot at the other end, but this may be down to the Moto X’s earpiece speaker outclassing what it’s trying to reproduce.

Connectivity-wise the phone offers a pretty good array of features, including 4G mobile internet and NFC. However, there’s no IR sensor, so bear that in mind if you’re used to using your phone as a universal remote. You can’t do so here. 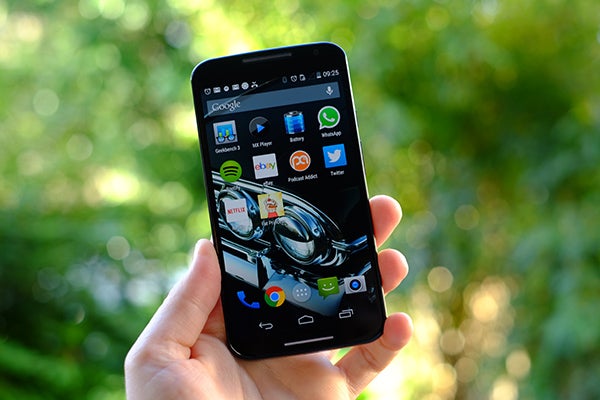 Should I buy the Motorola Moto X?

The Motorola Moto X is a phone of hits and misses. It’s tough to ascribe a score to, as these wins and fails affect very important parts of the phone.

A nearly-always-on screen and the lock screen notifications all make the phone quicker to use, in a manner that’s gimmick-free. You’d barely even notice some of these speed-increasing elements as features unless you stop and think about what the Moto X is actually doing. As such they’re destined to be under-appreciated, but it’s their low-key nature which is why they work so well.

However, the poor screen calibration, so-so battery life and unreliable camera are all serious marks against it. The very likeable elements of the Moto X help dull their impact, but when, at the time of writing, you can buy an LG G3 for the same price, we’re just not convinced the Moto X is performing at the level it needs to.

Despite offering great general performance and some very intuitive elements, some screen, camera and battery-life issues mean the Moto X isn’t quite up there with the very best flagship Androids.