The performance of the Moto G5 Plus makes me question why the majority of people would need anything faster. It’s that impressive.

The Snapdragon 625 CPU is one of my favourite chipsets, as it combines plenty of speed with fantastic efficiency. It can comfortably handle anything I throw at it and even processor hungry games like Asphalt and Modern Combat are smooth and fast.

Even on high settings, these games run just as well as a higher-end Snapdragon CPU and more so than, say, the Helio P10. Which, considering the price, is very impressive.

Benchmarks aren’t the best way to judge a phone’s performance, but they can give a nice overview. While the Moto G5 scored 2440 in Geekbench 4’s Multi-core tests, which was actually lower than the Moto G4’s 3000 score, the Moto G5 Plus scored a much more respectable 4214. Having used both versions of the G5, the Plus is faster in more intensive tasks.

If you mainly use your phone for Twitter, sharing photos on Instagram and messaging, then you won’t notice any difference in speed between this and a top-tier device like the LG G6. In day-to-day-use this feels like a flagship phone.

It always annoys me how Moto has multiple different versions of the phone with varying RAM and storage, but my review sample has 3GB and 32GB of internal storage which seems to be the sweet spot.

There’s a 4GB model too, with 64GB of storage, but I can’t see that extra gig being all that useful. Finally, there’s a version with 2GB RAM that probably should be avoided if you plan on utilising those multitasking features. 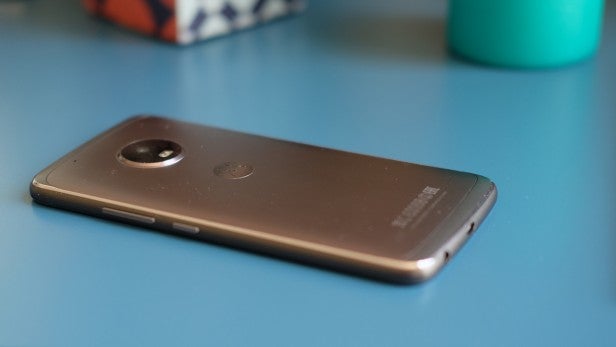 There are also differences in the models that have NFC – a much more important feature now considering how popular Android Pay is becoming. American versions of the phone seem to lack NFC, but all other variations do include it. As someone who uses contactless payment from my phone nearly every day, I would struggle without it.

There’s a decent front-firing speaker, making use of that large bezel, that pumps the sound at you rather than getting blocked by your hand. It’s not the crispest sounding, but it’s loud and perfectly capable.

Call quality is excellent, as is the microphone, and it’s noticeably better than both the iPhone 7 and LG G6 for actually making phone calls.

Moto’s version of Android is one of the best versions of Android. It’s 7.0 Nougat at its finest, with only a smattering of extra features laid on top. The G5 Plus, like Google’s Pixel, ships with the Pixel launcher, ditching the typical app drawer button for a swiping gesture.

Moto has updated a bunch of usual array of tweaks, too, like Moto Display and deeper gesture integration.

Moto Display is a nice idea, basically showing you the time and any outstanding notifications when you nudge the phone, but it’s hampered slightly by the dull screen. I still love the quick shake of the phone to open the camera, and feel that should just be part of stock Android. 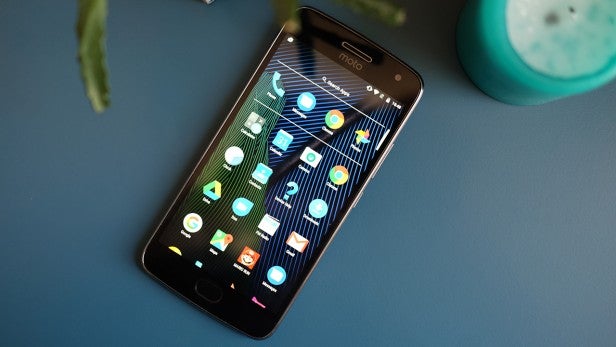 There’s no bloatware here, just the typical selection of Google apps, and that makes everything feel clean and simple. Coming from a Huawei phone preloaded with numerous duplicate apps, awful games and extra Office suites, it’s hard not to love Moto’s approach.

Split-screen multitasking is here, though it’ll push the 2GB RAM version to its limits if you’re watching a YouTube video and browsing an image heavy website, and Doze helps improve standby times noticeably.

While other OEM skins from the likes of Samsung, LG and Huawei are finally getting better, there just isn’t anything out there that works as well and looks as good as Android the way Google intended it.

My one slight concern regards updates, something Lenovo has been pretty terrible with since it gained control of Moto. Hopefully we’ll see a quick transition to Android O when it’s properly unveiled later in the year.