What is the Moto G5 Plus?

For years now the Moto G5 has been the pinnacle of budget smartphones. Others have crammed in more specs and often a lower price, but none have constructed a phone that actually works like something that’s double the price.

The new G5 Plus is Moto’s attempt to take what makes the G5 so special, and pimp it up a bit. Adding a better camera, faster internals and a couple of handy extras, such as NFC.

I always quite liked the unabashed ruggedness of the Moto G series. They were plastic phones done well, and they withstood serious amounts of wear and tear. They were never ugly though, they were just simple and got the basics right.

That’s all changed with the Moto G5. Well, mostly. Moto and Lenovo are clearly trying to match budget options from Honor and Huawei by replacing the plastic body with metal. It’s true; there is metal here, but there’s a lot of plastic acting as metal, too, and I think it sort of looks ugly. 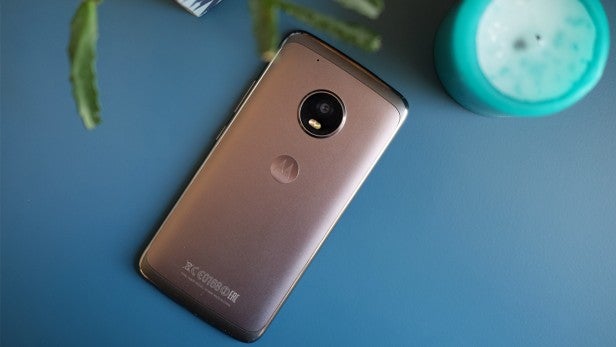 It’s lost the charm, instead looking like any other budget phone. The difference between the metal portions and the plastic are obvious when you hold it and it doesn’t feel that durable. The colour options too are poor; with the gold model being a very tacky shade. I’d suggest you stick with the less offensive Grey model.

But, I can live with a slightly dodgy design when there’s so much else to like about this phone.

My main issue with the Moto G4 Plus was its size. It was huge, ungainly and too big for the budget-conscious customer Moto was aiming at. Thankfully, the G5 Plus rights this wrong, ditching the 5.5-inch display for a much more manageable 5.2-inch version and while there’s still a chunky bezel running around the display it can be comfortably used in one hand.

You’ve got a Micro USB port on the bottom, which might seem like a step-backwards in the era of USB-C, but I think it suits a phone like this aiming for a wide market, and a very fast fingerprint scanner on the front. Like Huawei, Moto has added a number of gestures to the pad that lets you ditch the on-screen buttons if you so desire, but they’re a bit fiddly and involve lots of swiping in precise directions.

The 5.2-inch, 1080p LCD display that sits on the Moto G5 Plus is good and it’s hard to quibble for the price for the phone. Colours are accurate, and there’s plenty of detail, but it can often feel a bit dull when compared to the G4 or the Honor 6X. Photos and videos look washed out and there isn’t isn’t a huge difference when you jack the brightness up.

But it gets the job done and I think I am being overly picky simply because there isn’t much to mark the G5 Plus down for. Moreover, one way to solve this is to switch to the Vibrant screen mode, and this makes a clear difference by upping the punch and saturation of the colours. I would immediately set this option as the default, as it looks a whole lot better. 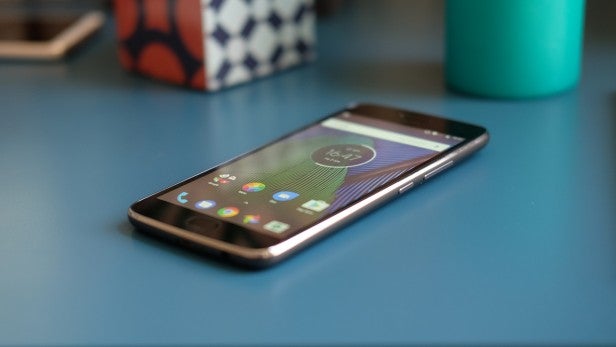 The screen is super responsive and accurate; notably more so than Honor phones of a similar price. It also has a proper smudge resistant oleophobic coating on the top, something missing from the £549 Huawei P10.