LG would have had you believe that the LG G6 was going to be a return to form for the company after the missteps made with the LG G5 but despite slick new hardware and an impressive display, the phone still misses the mark in areas its competition doesn’t.

Rather than the typical 16:9 aspect ratio seen on almost every other smartphone ahead of its arrival, LG opted for an 18:9 aspect ratio display (basically 2:1) that provides a taller panel in a smaller body.

The 5.7-inch display – a sizeable increase from the 5.3-inch panel of the G5 – sits inside a shell that’s barely bigger than its predecessor and one that’s noticeably smaller than the 5.5-inch iPhone 7 Plus and Samsung Galaxy S7 Edge.

One side effect of cramming a bigger screen into a shell of this size is that the corners of the panel are now rounded, rather than at right angles. It’s a little odd at first, but easy to becomes accustomed to.

It matches the overall curviness of the phone but looks best on the black model. On my white review unit, the black border between the panel and bezel is fairly prominent, and the corner curves aren’t perfectly circular. It’s a small issue, but once you’ve noticed it, it’s hard to forget.

The other issue is black bars. Remember when Apple switched the iPhone from a 4-inch to a 5-inch screen? It led to months (maybe years) of apps not fitting the display properly, with many requiring thick black bars at the top and bottom to work. Something similar is happening here, but not to quite the same level of annoyance. 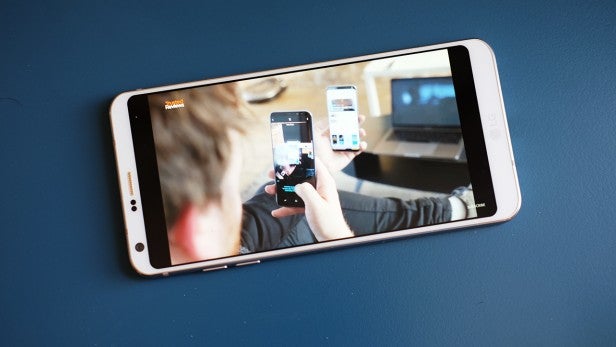 For instance, videos from YouTube – which are almost universally 16:9 – have black bars on either side, and media from Amazon’s Prime app has one large bar running along the bottom. Using software trickery it is possible to extend video in certain apps – Netflix, for example – so that films take up most of the screen.

Regular apps are fine, thanks to Android’s native rescaling features, but games will either need to be updated or played with black bars at the bottom. It’s annoying, but thankfully not too distracting. The software layer used for videos is present here, so you can stretch games out to fill the entire screen. It works well, and in titles such as Alto’s Adventure or Horizon Chase, I didn’t notice the difference.

All of LG’s own apps have been updated, and since the aspect ratio is 2:1, the design theme for the UI is two squares on top of each other. This helps Android 7’s native split-screen multi-tasking, providing more space for each app. 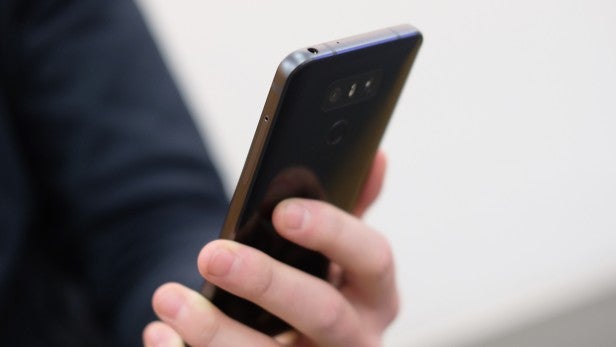 However, minor quirks aside this is a very nice screen. To match the stretched display the resolution here sits at 2880 x 1440, and even though it isn’t AMOLED, it delivers vivid colours and deep blacks. It’s the first phone with Dolby Vision support and, like the dearly departed Note 7, it’s HDR10-enabled too.

Blacks aren’t quite as deep as AMOLED panels, though, and with LG’s huge OLED TV business it seems odd for the company not to utilise its expertise here. Being an IPS LCD also stops it from being compatible with Google’s Daydream VR platform, something that I enjoy immensely on the Pixel.

There were a few demo HDR (high dynamic range) videos on my review sample. Content looks noticeably brighter and darker scenes are more detailed too, but it isn’t quite the jump you’d see on a huge TV. LG says that HDR content from Amazon and Netflix will work, but it will need an app update first. The company hasn’t said when it will be available, but I’ll update this review when I know more.

For the first time (as far as my memory serves), LG has crafted a phone that looks attractive. The lack of a thick bezel instantly draws the eye, and LG has also ditched that dodgy metal-sprayed plastic that caused so much controversy on the G5.

There’s a slab of Gorillas Glass 5 on the rear (interestingly, it’s only Gorilla Glass 3 on the front), and a metal rim running around the sides, which LG claims adds some much-needed rigidity that’s lost with the unorthodox screen.

The standby switch – with a fingerprint sensor tucked inside – can still be found on the rear of the handset and the volume rocker is on the side.

However, unlike many phones that use capacitive pads, this switch actually depresses and offers decent feedback. Just below the camera is the perfect place for a fingerprint sensor, simply because it’s where my finger naturally rests when I pick up a phone. A major concern I have with the Samsung Galaxy S8 is the strange placement of the fingerprint scanner, which sits directly next to the camera sensor.

My biggest issue with the fingerprint scanner on the LG G6 is actually its speed and sensitivity. Since it’s basically flush to the rear, accidental touches are an issue. Even when the handset is in my pocket, it seems to randomly think I’m pressing the scanner when it’s brushing against my leg. 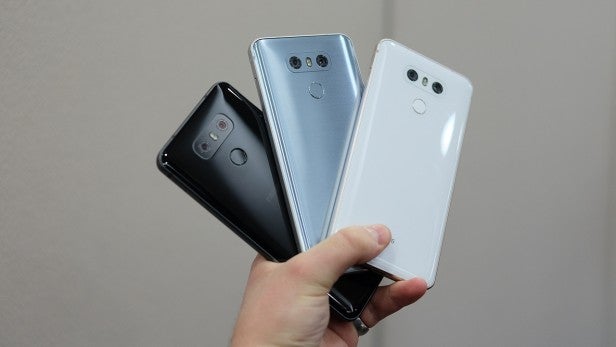 So the LG G6 is an attractive phone, once you get over the wide-aspect screen. But I worry this novelty will wear thin. We’re bound to see a greater number of phones using this aspect screen this year, as the Galaxy S8 proves, and the G6 lacks the wow factor of Samsung’s curved edges.

Moreover, the black, white and silvery-blue colours in which the phone is available lack imagination, and the glass-backed design with metal sides feels a bit “me too” at this stage. You’ll find it on everything from budget Honor and Alcatel handsets to higher-end devices.

Basically, it looks great from the front, but a little dull elsewhere.

It is water-resistant, however, something I’m starting to demand more and more in a top-end phone. The IP68 rating means it will withstand an accidental meeting with the bathtub or toilet – just remember that the rating only applies to “fresh water”, so swimming pools and the sea don’t count.