What is Android 7.0 Nougat?

Android 7.0 Nougat is the major revision of Android for 2016/2017. The upgrade first became available for phones in August 2016. However, depending on the device you have, there’s a good chance you’re still waiting. If this is the case, there’s one question you’ll want answered: is this Android OS update actually worth getting excited about?

If you’ve been hankering after a super-flashy revamp to make it seem we’ve entered a new era of Android, you may be disappointed. Android 7.0 Nougat’s goals are more about preparing for the future of Android app development, adding little tweaks here and there, with the end result being that in use your device will feel faster.

We’ll start with a flashy tentpole feature, one that you may well have met before.

On-screen multi-tasking has finally been added to Android. I say “finally” because I remember using something similar in an Android device so long ago that the memory sits in a hazy fog.

The Samsung Galaxy S2, released in 2011, featured the “two apps on screen at once” multi-tasking capability that Google has just added to this update. It’s almost funny to think that the feature that once had people accusing Samsung of overloading Android is now becoming a core part of the system.

However, it isn’t that simple. Google’s application of Multi-Window makes far more sense now that 5.5-inch phones cost as little as £150 – and you’d hope that its implementation is far more slick.

You start Multi-Window multi-tasking by long-pressing the square soft key that normally lets you flick between apps quickly. This splits the screen in half, with the new half then displaying the usual app-switching carousel. You flick through this app Filofax and then tap the app you want. 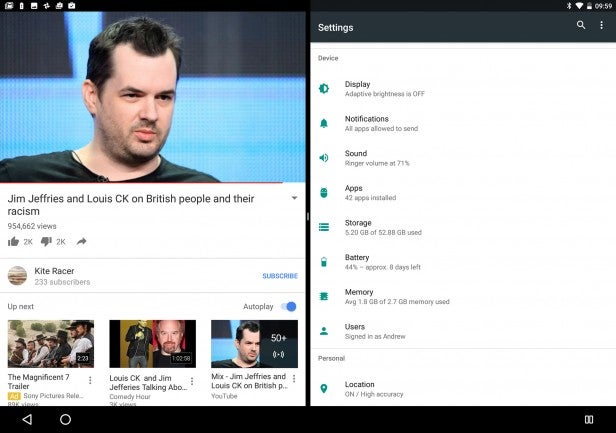 YouTube and Settings: A truly dreadful use of Multi-Window

It fills the spare half of the screen and you can alter how much space each app receives by dragging the border between them back and forth.

So far, this is almost exactly like the multi-window implementations we’ve seen in the past. The importance of it coming to Android 7.0 Nougat, though, is that soon it will work with almost all apps.

Right now, compatibility is patchy. Using the Pixel C, Multi-Window makes your Facebook feed’s contents disappear completely. Android tells you “this probably won’t work” with most apps at the moment, but I was surprised to discover that in the silly-but-addictive 3D obstacle course Faily Brakes it works fine. 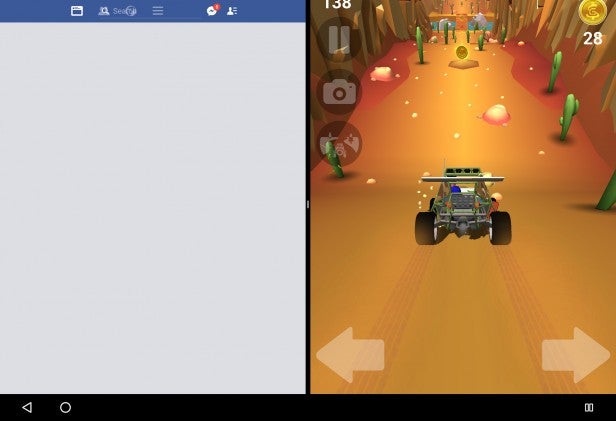 It should take only a minor tweak on the developer’s part to get virtually all apps Multi-Window-ready. And given how long we’ve been waiting for this feature, its application seems disappointingly prosaic – until you look closer.

In a handful of Google apps, you can actually drag and drop images and text from one pane to the other. This is the big one, and provides a view of how we may use Android apps in the future.

If Multi-Window is to take off, such inter-app communication needs to happen on a wider and deeper scale. I want to be able to drag pics from Google Photos into a Facebook album, for example, even if it is a feature that I may personally never use. It is in this type of interaction that the fundamental gaps between a computer OS such as Windows and a mobile OS such as Android become apparent.

The Android Developer website details this feature as follows: “Users can drag and drop data from one activity to another while the two activities are sharing the screen.” But what’s the limit of “data”? 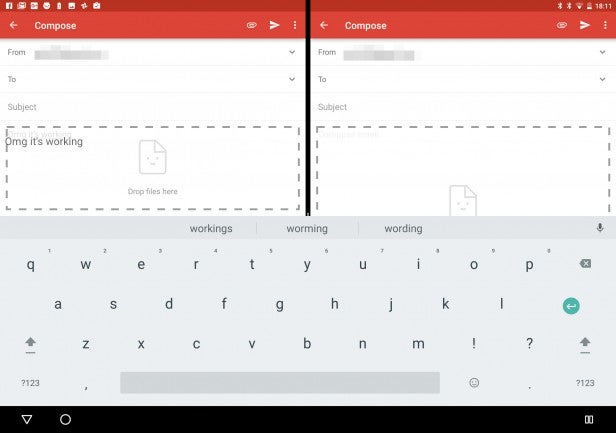 Once again, though, we’ve already seen this capability with Samsung. The Samsung Galaxy S6, for example, allows drag-and-drop image transfer between multi-window panes when used with the Samsung email and Samsung Gallery apps.

I’ll admit that drag-and-drop multi-tasking hasn’t really been a huge deal for me with regards to older Samsung phones or tablets. But when it’s available to the wider ecosystem it could, and should, have a real effect on how future Android apps are designed and used. Being part of the standard API set changes everything.

I have a personal interest here, too. I was a little heartbroken when I realised years ago that there was no simple way for the many fantastic iPad music-making apps to talk to one another without the use of external hardware. I’m not talking here about GarageBand, but instead about the slightly less-friendly but more serious synthesizer and sequencer apps such as the Korg iMS-20 and Steinberg Cubasis.

Mobile devices now have the processing power and RAM – at least on Android – to become miniature studios, with synth and drum apps effectively becoming plug-ins, but mobile operating systems are too restrictive at present. Although we remain a hundred miles from that, we appear to be heading in that direction. 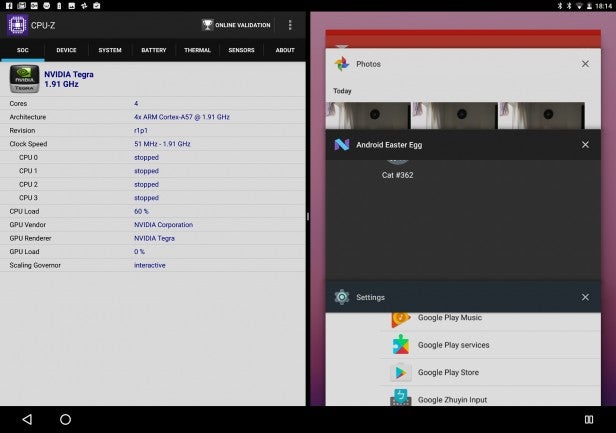 Unless you’re an app developer, you may as well forget about such advanced multi-tasking for now. No third-party apps currently support it, and its implementation is clunky and limited in Android 7.0 Nougat. It’s something that we’ll see honed in Android 8.0, or smaller iterative updates. Hopefully.

Still, after trying out Multi-Window with a Google Pixel C for a few days, I do find today’s Multi-Window useful for taking notes on an article I’m reading. In its present state, though, I can’t imagine using it too much on a phone such as the Nexus 6P.

What you’ll probably appreciate more in the short term is a far simpler multi-tasking trick. By quickly double-tapping on the multi-tasking button, it’s possible to flick between your two most recently used apps.

This works well, and is frankly the most cogent use of multi-tasking for phones at the moment.