While there’s little doubt that Hitman is a contender to be one of the best stealth games of all time, the recently released Episode 4 is the first slight bump in the road. Still showcasing IO’s unmatched talents when it comes to the art of covertness, the latest setting of Bangkok feels a tad too familiar.

Tasked with the job of assassinating famed musician Jordan Cross along with his lawyer, Hitman, as it does in most cases, goes to great lengths to ensure you’re not just killing for killing’s sake. Cross, you see, more than likely murdered his own girlfriend before hiring a sleazy attorney to get him off the hook. So while it’s Agent 47’s job to put a bullet in his head, this isn’t being done in cold blood.

With the narrative in place, once again the shackles are taken off and you’re free to go about your business however you see fit. The key to each of these Hitman episodes is exploration and patience, with numerous ways to hunt down your prey, from straight up poisoning to making them explode. The satisfying nature of the hunt is as wonderful as ever, and the sheer replayability is unrivalled. Bangkok’s problem, though, is that it wanders too far into familiar territory. 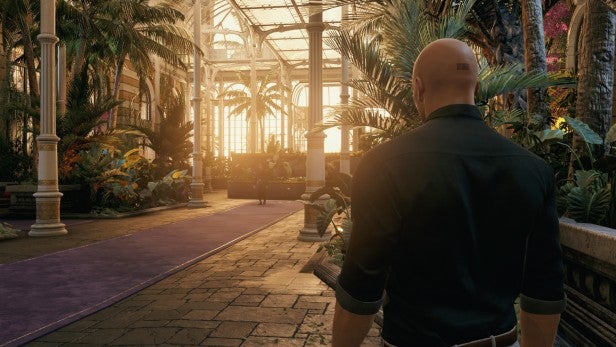 Although Agent 47 finds himself in Thailand, the majority of the map is based in the Himmapan Hotel. Much like Episode 1’s Paris, going back into a more enclosed environment after the sweeping plains of Sapienza feels like a step back. As soon as you corridor this type of gameplay, the focus becomes much more linear. While experimentation is still encouraged, it becomes apparent that proceedings this time will be far more formulaic. Everything you do is more or less within the confines of the building.

This means it’s impossible not to feel the sensation that you’ve done this before. Admittedly there are only so many things IO can do with the foundations it’s built, but after showing such creativity over the past few months it’s a shame that it stutters a touch. There’s still a thrill in the chase, but whether you’re impersonating someone to get to a new area, or devising a devious chain of events intended to end someone’s existence, nothing here stands out. That one defining moment never materialises. 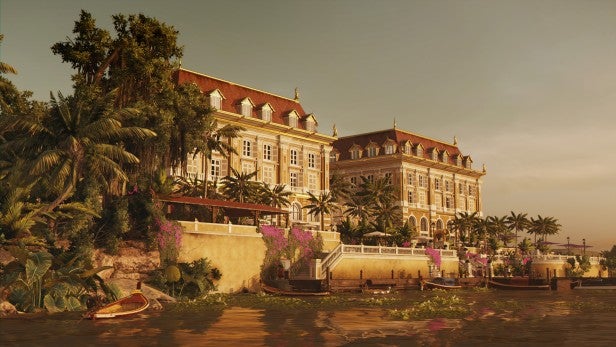 A large part of that can be put down to the environment you find yourself in, but it’s also due to some of the systems failing to work as well. Opportunities are the perfect example of this. Used before to introduce a level of structure into a very open world, Bangkok’s just aren’t as interesting and, at times, aren’t as well executed. Hitman should never hold your hand too much, but some threads here will leave you feeling lost – searching every nook and cranny, hoping to stumble across what you’re meant to be looking for, isn’t that entertaining.

Get through your first run, however, and what comes next is a welcome shot in the arm. With more items unlocked and a greater array of challenges to take on, Episode 4 actually starts to expand, both in terms of where you can go and what you can do. That doesn’t make up for its somewhat poor opening gambit, but it does highlight how much depth and thought has gone into each level. Hitman isn’t meant to be blasted through once and then left to the side. The whole point is to jump back in with new setups to see what’s actually possible. In this sense, Episode 4 is bang on the money. 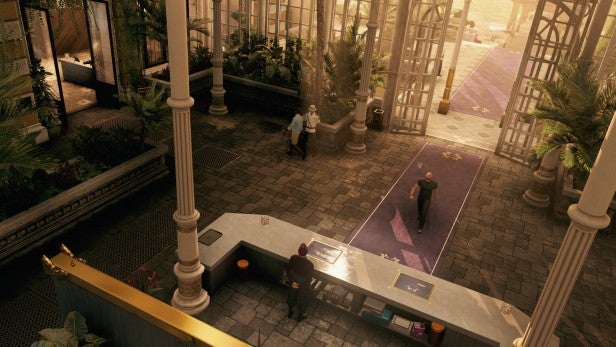 Given the wait for Hitman content, you could mark Bangkok up as a slight disappointment, but it still shows off IO’s latest creation thanks to the underlying tools that have made it such a success to this point. You can still poison someone’s birthday cake. You can still make your target blow up. You can still just run up to them and smack them right in the face. Certain avenues may feel cut off, but the fundamentals are so good that it would take something truly awful to screw them up. Episode 4 is definitely not that.

Hitman’s true excellence probably won’t be acknowledged until it’s a finished piece, and Bangkok certainly won’t be seen as the dud of the pack. The weakest episode, maybe, but a new environment with the same solid mechanics in place is always going to have a certain level of quality. That’s the case here, even if it can’t live up to what’s come before it.

Hitman’s fourth episode retains the foundations that have made IO’s assassination simulator an utter success, but it does come out the other side as the poorest offering so far.