Hitman represents the ultimate stealth game. Sticking you in the shoes of Agent 47 with no more information than ‘kill this person’. At times, it’s a masterclass in video game design. The franchise has always been at its finest when considering only the task at hand, with the hundreds of smaller touches introduced by developer IO rounding everything off. That’s the true joy when it comes to this entry, and why it’ll hook you for a long time to come.

Addressing the elephant in the room: a lot of attention has been cast on how Hitman’s content is being delivered. Unlike a more traditional game experience – where everything is ready day one – publisher Square Enix has opted to launch a new location on players on a monthly basis. This does sound ridiculous at first hearing. Why am I paying full price for a game and then having to wait before I can play it? Such logic makes sense, but that’s before you sit down and understand where Hitman excels.

For some context, those with a desperate need to play on release will be treated to three different sections: Sydney (which serves as the game’s introductory level), an airbase (a prologue of sorts), and Paris (the biggest chunk of them all). While on the surface that may seem like you only have a few areas to toy around with before being left in the lurch, the sheer amount of variety and freedom that exists in each is astonishing, and that includes what is essentially Hitman’s tutorial. 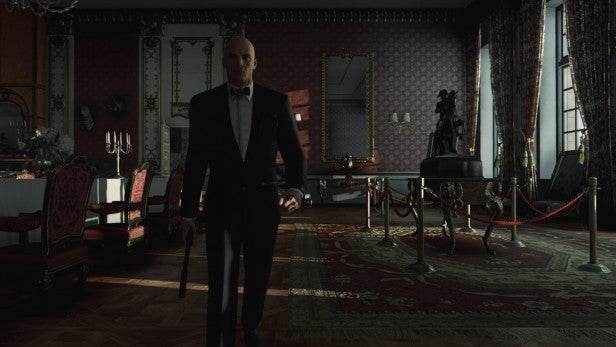 Take the assassinations, for example. This isn’t just a case of learning what the game wants you to do and following it to the letter. Far from it. Every one of these hubs has been designed to be investigated, whether that’s figuring out escape routes, methods of execution or how the guards operate. You can approach each killing in pretty much whatever fashion you want as long as there’s a method behind the madness. The amount of options IO has included is undoubtedly praiseworthy. You can even choose your starting costume, should you be so inclined.

This is why the mentioned content model doesn’t seem controversial once it all starts to click. I spent hours in Paris, not only trying to hunt my prey in different ways (I dressed up as a model on one occasion so I could walk freely backstage during a fashion show), but experimenting with how I could do away with them too. One choice allowed me to hurl a target off the roof so that they landed on a secondary victim below. It’s as satisfying as it is ludicrous.

Hitman is built on this ideology, making the idea of a whole new sandbox opening up each month quite appealing. I’m not bored of what the game offers currently despite a lot of time with it. I still want to continue to test my stealth skills and, on occasion, how much mayhem I can cause. 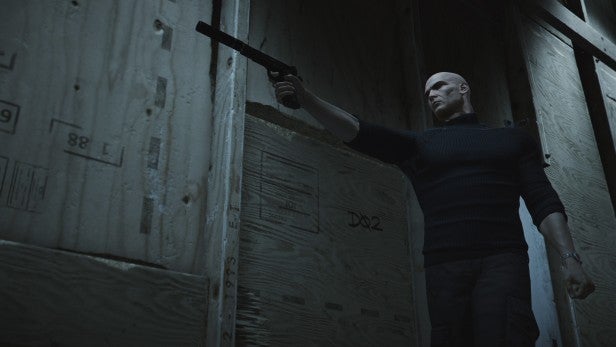 This openness isn’t limited to the core gameplay, either. Clearly realising that its audience is likely to include both returning and new players, IO has ensured to treat both with respect. At no point do you have to make use of the game’s many assistive tools, meaning if you want to attack each scenario blind, you certainly can – you get shown what your target looks like. Now go kill them.

If, on the other hand, you prefer your gaming to be a little less intense, Hitman has you covered. It starts with the returning Instinct Mode, a simple feature that allows you to see your mark through a crowd and any objects of note. Much more interesting than this, though, are ‘Opportunities’.

I can imagine Hitman being quite intimidating to someone who just stumbles across it. Be it the intelligence of the AI – which will take you out within seconds should you make a mistake – or how unreserved it feels, it has the potential to make you question what on earth you’re supposed to do. 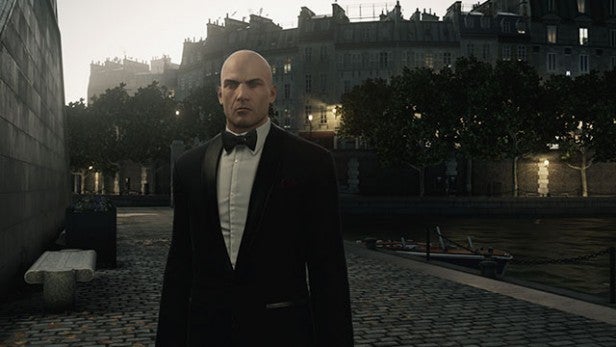 Opportunities cuts through all of that, allowing you to sculpt out predetermined hits thanks to in-game hints. Hitman doesn’t flat out say ‘HEY! Do this!’ but waypoints and instructions add just enough of a nudge so you don’t start to go all cross-eyed. There’s still an element of skill involved, of course. You have to ensure you don’t arouse suspicion whilst pulling off that all important murder, but there’s a guide in place to keep you focused. It works terrifically well and will probably encourage debutants to eventually break free from it entirely. Once you understand the game’s rules, the chance to play around with them is all too intriguing.

There’s more as well. Contracts Mode allows you to come up with your own missions and share them with other players. Escalation is for those who truly consider themselves masters, and Elusive Targets, who only appear at specific times of the day, as insane as that sounds. Hitman has ridiculous depth. This isn’t a case of busting through a level and popping a bullet in someone’s face before quickly running out of things to do. It’s there to be turned inside out. 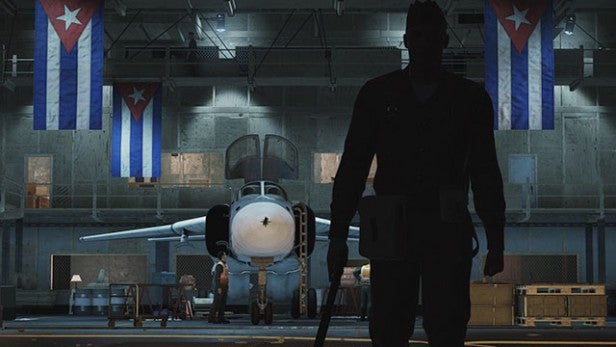 All this doesn’t mean it’s perfect. Loading times may grate on some, and it certainly doesn’t look as pretty or run as well as its more recent competition – the odd stutter here and there is more than noticeable. It can also be a little finicky at times, the controls fighting against you rather than serving as your massacring mate.

Such flaws don’t take away from what Hitman has set out to achieve, however, the only real sticking point being how future locations will stack up. If they’re as well put together as what’s here, then it will only go from strength-to-strength.

Hitman manages to live up to its own reputation and may very well get even better as more content is rolled out. A fine stealth game.

Will you be getting Hitman? Let us know in the comments below.