Available on PS4 (version tested), Xbox One, PC
The biggest issue IO now has with Hitman is that it’s reached Episode 5. All four preceding episodes have more or less been a success, but it now needs shaking up to avoid stagnation. That risk is always going to be more prevalent with an episodic structure. Thankfully the developer has taken this into consideration.

Asked to infiltrate a Colorado farm riddled with miscreants and numerous targets to kill, the biggest shift is that Agent 47 now finds himself in enemy territory. This isn’t a fashion show or a pleasant holiday location – you’re not meant to be here. If anyone sees you, you’re in a lot of trouble.

Such confines create a sense of dread that has always been prevalent in Hitman, the difference now being that it’s there from the off. Even before you can find a disguise to change into to blend in a little better, you have to take every stealth tactic you’ve learned over the last few months to survive. If your skills aren’t up to task, you’re in for a very difficult ride. 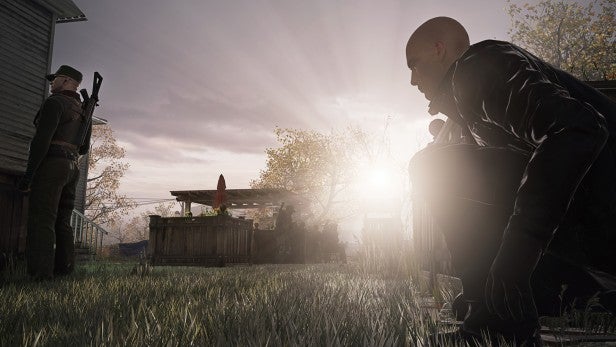 It’s wonderful, though, as Episode 5 completely stands on its own two feet. You have to be painstakingly accurate in your approach, and even the slightest mishap will be punished in seconds. It’s by far the biggest challenge IO has set to date, and it’s arrived at just the right time. If there was even the slightest doubt in your mind that you were done with Hitman, this will drag you right back in.

The added difficulty does mean things aren’t as quirky as past releases. While there’s still multiple avenues to explore and the systems in place are as strong as ever, you’ll soon realise this is a much more stripped back affair – there’s less Opportunities for one. The struggle comes from having to be switched on constantly and the tense atmosphere that generates. You can’t just survey the area by running around like a bald-headed loon. It’s about patience and having a steady hand. There’s far more to keep on top of than you think.

Of course, that does mean the location itself isn’t as exciting as others you’ve visited and looks rather drab. Again, this is intentional, but you’ll often find yourself in tight spaces, struggling to choose the right path. Episode 5 can be very claustrophobic, and while that makes for a great stealth experience, anyone who has been taken with Hitman up to this point because they enjoy playing the fool may be disappointed.

Those who are happy to buy in, however, will finally be rewarded with an interesting narrative. Up to this point the majority of Hitman’s story has played out through cutscenes, the overriding message being: ‘Go there. Kill this person’. It works and is a solid enough tool to justify why Agent 47 pops across the globe, but it’s fair to say there’s been nothing so far to truly get you intrigued. Episode 5 changes that. 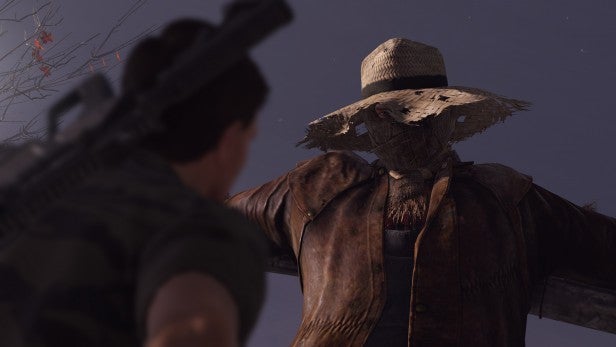 Filling in blanks you may not have even realised had been left blank, it drives Episode 5 forward, keeping you interested, and also does an excellent job in getting you prepared for what may happen in Episode 6. That’s incredibly important at this stage given that we, mostly, know what to expect. Hitman has proven that its foundations are of top quality – if you’re looking for a premiere stealth game this is it. But there has to be more and the biggest success when you finish is that such a seed has been planted. There’s a bigger reason to anticipate what’s coming next, and not just that you’ll likely be able to push someone off a cliff before casually walking away into the sunset.

Episode 5 is almost a throwback to Hitman from days gone by where the concept was as simple as ‘find target and assassinate’. There’s not too many bells or whistles, and IO has proven that it hasn’t forgotten what made the series so popular in the first place. Brutal stealth is the order of the day, and you’ve got to ensure you don’t take anything lightly.

Ultimately, this is just another tick in the yes column as to why Hitman is one of the best games of 2016. The originality shown throughout has been nothing short of excellent, and Episode 5 is more proof that the direction IO has taken is clearly working. It knows the journey it wants to take the player on and has done it exceedingly well to this point.

Episode 5 is more likely to frustrate than previous instalments, but that also means the level of satisfaction is higher, too. When everything falls into place, you can’t help but feel like you’ve truly achieved something. In many ways, that’s because you have.

Different to its predecessors in nearly every way, this latest slice of Hitman moves the goalposts nicely while setting up whatever is next far better than it has done before. Taking everything into account, expect Episode 6 to be something very special indeed.

Hitman: Episode 5 strips everything right back in order to focus on stealth, stealth and more stealth, but this shift is exactly what the series needed. Another triumph.