Hitman’s second offering – Sapienza – is superb. As the argument continues to rage as to whether IO’s episodic content model is a worthy one, the developer has continually fought back with the best defence: quality.

More open and diverse than Paris (which kicked off Hitman’s revival in the Intro Pack), Sapienza feels huge. A complete departure from what came before, it grounds you in the setting almost instantly, right down to how Agent 47 is dressed. This is a more laid back environment filled with streets to explore, people to meet – and exploit – and numerous targets to kill. The main one, Silvio Caruso, is where you’ll undoubtedly have the most fun.

Part of the family that owns the town, Caruso is holed up in his residence mourning his mother’s death. This is all you know, and from here it’s once again a matter of manipulating what IO so exquisitely lays before you to see how much you can get away with. This is why Hitman shone on release, and why here it’s worthy of even greater praise.

While the many hand-holding techniques remain – such as instigating an ‘Opportunity’ which in many ways is the equivalent of leading a horse to water (it’s up to you to do the drinking) – Sapienza is so open to interpretation that it’s replay value will easily keep you occupied until the next map is ready.

Aside from the many other marks you’ll eventually want to do away with, deciding how to pull off your main kill is the murderous version of a kid in a candy store. For example, there’s a canon which, quite conveniently, is aimed at Caruso’s establishment. His obsession with golf is seemingly far too prevalent. Those trips to his mother’s grave are just a bit convenient… It’s up to you to piece it all together, but don’t be surprised to be overwhelmed with options even after a relatively brief investigation. Hitman exists to serve your darkest desires. 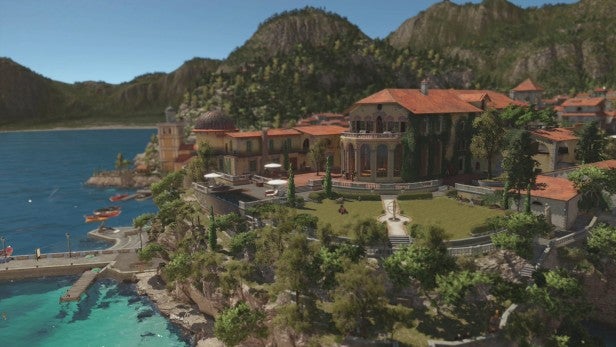 To IO’s credit, however, they’re clearly having fun with it all and are willing to let you treat it as such. Realising that the only way to keep proceedings entertaining is to not take what’s happening all that seriously, a few paths are so wacky and exaggerated you can’t help but grin like a moron as you try to successfully carry them out. Sapienza boasts one of these that will be hard to top no matter what else IO has up its sleeve. To spoil it here would be unfair, but if you’ve always been a fan of things that go bump in the night, make sure to dive in as deep as you can.

Variety is key to Hitman, much like it was in March’s Intro Pack. To justify why these maps are coming in chunks as opposed to one big package, the amount of objectives laid at your feet here is gargantuan. Yes, a large number of these revolve around similar mechanics – stealing people’s clothes, gaining access to areas you’re not meant to be, perfecting the art of stealth and so on – but the aspirations do not.

Where Sapienza is concerned, one story strand has you frollocking around trying to destroy a killer virus which just so happens to be stored under Silvio Caruso’s house. Not only does this thematically keep events tied together, but it also sends you in a whole new direction with plenty more openings to consider.
These arcs stop Hitman from getting tiresome and also deliberately take you to locations you may have otherwise ignored. The combination of fresh assignment and locale is most welcome. 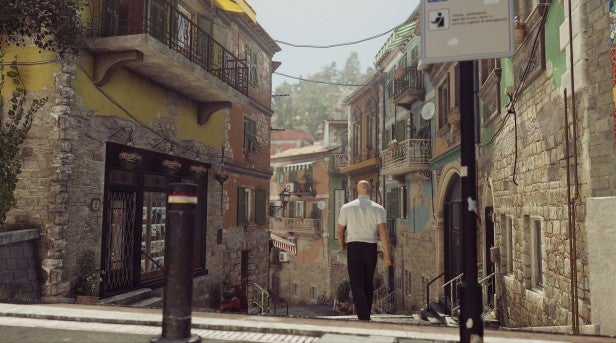 With all this said, IO still has a few bugs to work out of its system, but technical issues are better this time around. Loading times remain very frustrating, and you will experience the odd judder here and there. Does it make a big difference when everything is added up? Not at all, but it is an area the developer should keep improving as the months go by.

Even if you’re not the biggest supporter of Hitman’s business model, it would be next to impossible to knock how good its offerings are shaping up so far. After a terrific debut, Sapienza takes all of those highs and builds upon them superbly, generating a massive lump of game that will keep you occupied for the next month or so as well as whetting the appetite for what’s to come. 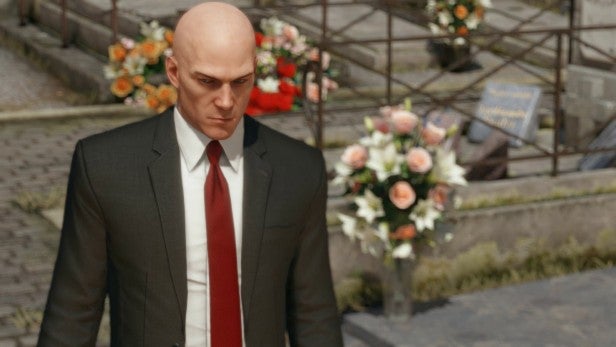 Hitman is easily the best stealth game in quite some time and we’re only two levels in. The odds are in IO’s favour going forward, surely?

Hitman’s second offering is even better than the first, proving that IO is onto something very special indeed. Here’s to whatever’s next.