Review below:
Here we are in 2016 and IO has created a murder simulator that’s tongue-in-cheek enough not to offend, but also dark enough to have a terrific edge. This was prominent enough during the first two episodes but its third, set in Marrakesh, is the always clichéd icing on the cake.

What makes this even more bizarre is that it’s, arguably, not as good as Sapienza (the  location of Episode Two). What it’s done wonderfully, however, is prove how varied and diverse this Agent 47’s new incarnation is.

As opposed to previous maps which felt more open with deliberate areas of seclusion to commit wanton murder, Morocco is claustrophobic and drowning in civilians. From the moment your mission begins you’ll be struggling to walk given how much congestion there is on the streets. Trying to do anything under the guise of stealth is almost impossible.

This is the whole point, though. Treating preceding instalments as a learning curve in how Hitman’s mechanics and foundations work, the challenge has increased to see how you cope. It’s a smart choice on behalf of IO: anyone who thought by this stage a specific pattern would emerge were very wrong indeed. To pull off the perfect kill here you’re going to have to be patient, vigilante and above all else, quiet.

It allows Marrakesh to carry with it a tremendous amount of tension – even people who rely on Hitman’s opportunity system will be hugely tested. Unlike before where there were obvious openings to steal someone’s clothes or pull off a discreet kill, Episode 3 demands the perfect execution of a flawless plan. If you don’t you’ll be seen, and trying to vanish becomes a game within itself. 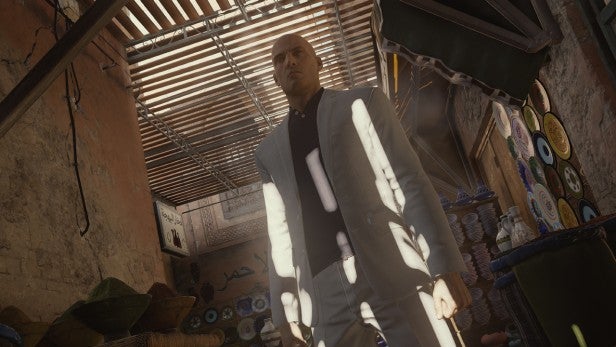 But it’s this sharp shift that makes it so enjoyable to play. You’re constantly searching for the upper hand, the sensation of completing your objective – even with a few bumps along the road – is incredibly satisfying, especially as, once again, there’s a ridiculous amount of ways to perform any kill. Those who dedicate time to searching and exploring Hitman will always find themselves better off.

The question, then, is why it doesn’t live up to the heights of Sapienza, despite carving its own niche. Ultimately it comes down to the fact that Italy just felt more fun. While that’s certainly not a knock on Marrakesh, the chance to pretend you were on holiday before disappearing into the shadows was just absurdly entertaining. And you could blow up a man as he played golf. The joy of the hunt is still here, of course, but it’s less playful than before. Things have become very real.

What this has allowed, however, is the chance for each episode of Hitman to offer a different spin on how Agent 47 is perceived. In Episode 1, he was the suave undercover agent sneaking his way into high society. In Episode 2 he assumed the role of the everyman to blend in, leaving a pile of dead bodies in his wake. Now, he’s your Daniel Craig-esque James Bond.

With political undertones and a very heavy-handed narrative fuelling the events of Episode 3, you’re meant to be more po-faced and direct in your actions – IO has done a great job in casting a more serious light on proceedings. The atmosphere is already at a fever pitch. Whatever you do is just going to light the fuse. 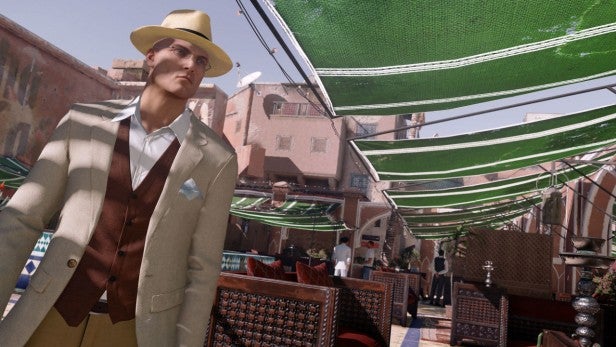 You’ll also find that Marrakesh is a lot more to the point. Whereas prior to this there was scope for random assassinations on the fly, now you have to be focused on what your objective is. There’s such little room for error that getting distracted or venturing off your chosen path is, more often than not, going to be of detriment. Given how difficult it is to make yourself scarce, you’re probably better off relying on efficiency over flamboyance.

What matters most of all is that Hitman has once again proven that its episodic model is what’s best for business. Every addition manages to stand on its own two feet, building on what already exists but never taking things in the same direction. That’s far harder to achieve than many people realise, and the fact IO seems to be doing it with such conviction shows how skilled they are when it comes to digital.

You’d never advise anyone new to the franchise to start with Marrakesh – it’s designed to be approached by a mind that’s learned Hitman over the last few months – but those who have the right approach will lap it up. Once more, we should all wait with a high sense of anticipation as to what’s coming next. At this juncture it’s only right to presume it’s going to be pretty damned good.

Hitman’s episodic structure continues to roll out the goods as the third installment remains as entertaining as ever. Just don’t play it before dipping your toe into Episodes 1 and 2.